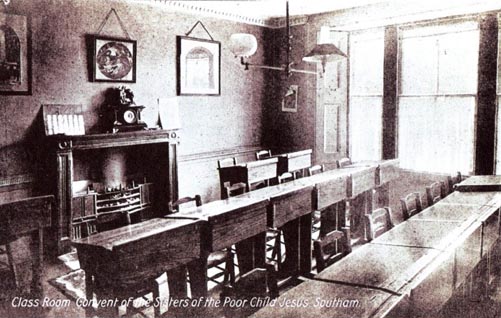 Six sisters trained for their Red Cross qualifications in 1914. The training was held in the Infant School at the Convent and six lectures were delivered by Dr Lattey. It was a convenient venue as he lived nearby and the Sisters were joined by the other mainly middle-class women from the area keen to do their bit.

After qualifying, when on duty the Sisters wore their Red Cross aprons over their nun’s habits. All the six Sisters took part in this training exercise (early Summer 1915) when Long Itchington St John Ambulance, the Red Cross members and the Scouts took part in a joint training activity. Sister Theotima has been 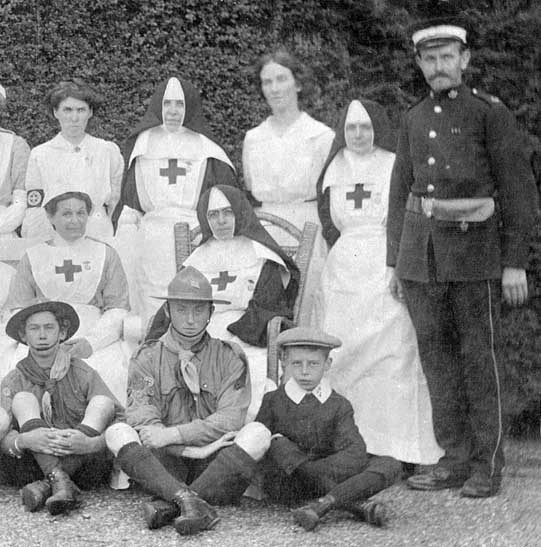 identified as seated centre. She later features on several of the hospital pictures.

Sister Theotima was born Alice Bullock in London in 1879 and was educated at Southam Convent School and Oxford University. At that time women could study and take examinations but they were not awarded a degree. She entered Southam Convent in 1898 and joined the Noviciate at the Motherhouse in Holland to train for her first profession in 1902 and her final profession in 1905. 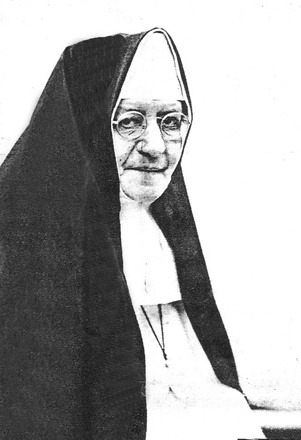 She returned to Southam and eventually in 1920 became Mother Superior and Novice Mistress (guiding new entrants).

She was a woman of considerable intellectual and organisational ability. In her 30s she had stepped out into the community to care for the wounded soldiers and in her 40s she went further afield.

In 1923 she went to America with the formidable task of setting up a foundation for the education and certification of teaching sisters in West Virginia. She was highly respected for her work and honoured in ecclesiastical and academic departments. On her Diamond Jubilee, when she was  widely honoured as a spiritual architect of the Congregation for sixty years, she received the congratulations and Papal Blessing of Pope John XXIII. Reverend Mother Theotima died in America in 1967. [1]