Current sisters remember Sister Mary John with affection and have recalled how proud she was of her starched VAD uniform. 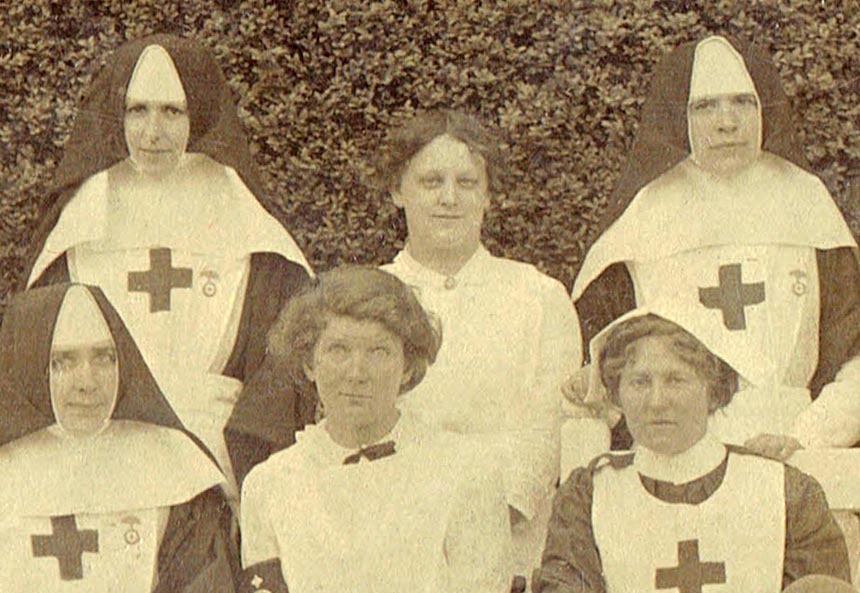 She features in several pictures and has been positively identified   top left on the back row with Adelaide Norton and an unknown Sister. In front sits another Sister (perhaps Sister Edith) beside Daisy Chamberlayne and Mrs (later Lady) Shuckborough.

The Red Cross badges can be clearly seen on the aprons of all three Sisters. They qualified in 1914 and here are taking part in training in 1915 with Red Cross and St John members two years before the hospital opened.

Sister Mary John, born Hilda Johnstone in Gloucestershire in 1887, was a child when her mother died. Her father, left with five motherless children, found it necessary to place the family into the care of the Sisters at Southam. Subsequently she entered the Motherhouse in Holland and returned to Southam making her final profession in 1916. She taught at the Convent school, served as Assistant Novice Mistress, and eventually became Novice Mistress guiding new entrants. Her sister Margaret (Sister Mary Bede) also joined the congregation and lived to be 84 years old but Sister Mary John was a feisty ninety-three when she died in 1980.[1]