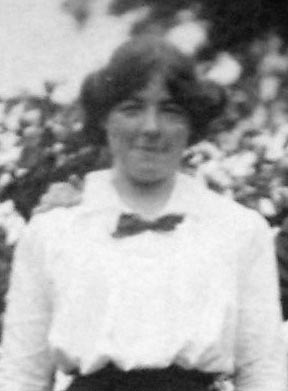 Amy was born at Town Farm Ufton in 1891. Her life story is unusual one and especially in her young adult life, it is one streaked through with excitement and challenge.  It was a conventional, comfortably-off childhood for she was the youngest daughter in a prosperous farming household.  By the age of ten she was a boarder at Priors Marston, with school mistress, Mrs Johnson, who ran a small teaching establishment in her home. 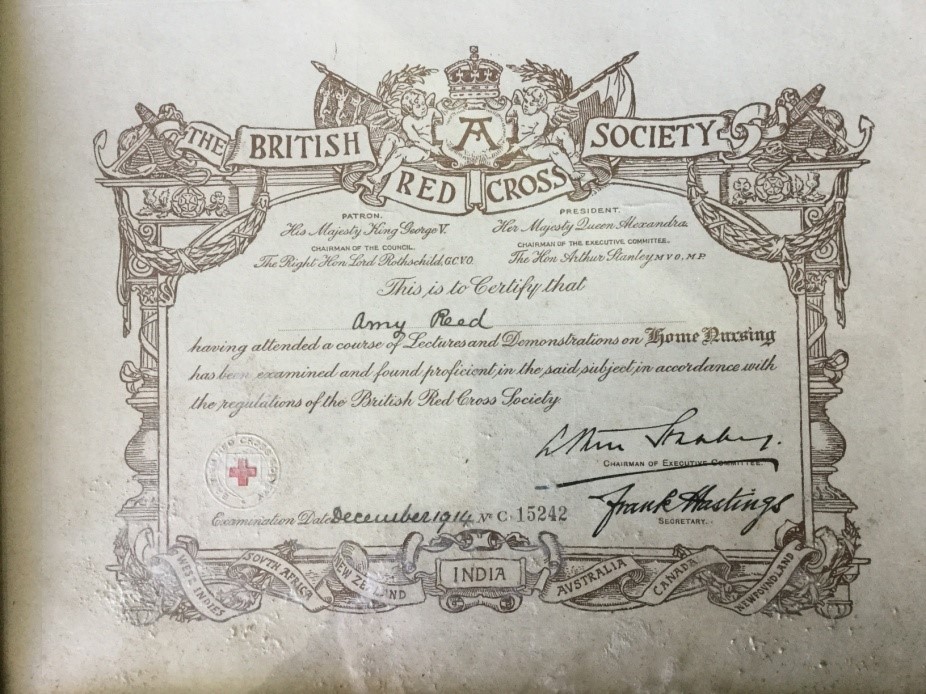 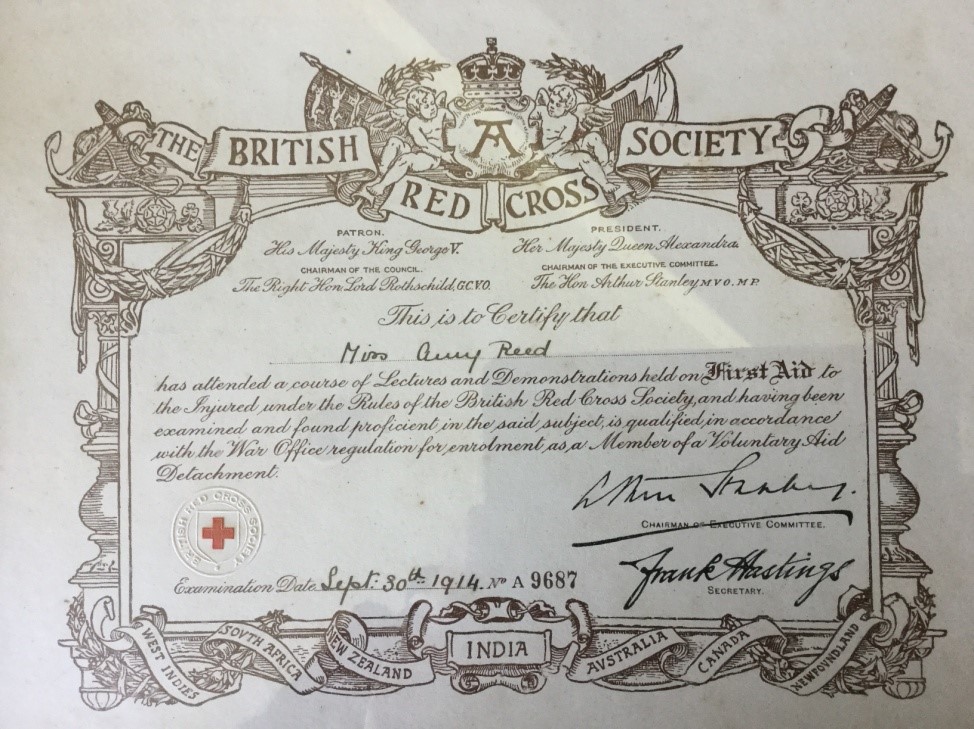 When Amy was married on 26 September 1919 her recent life was described in the Leamington Courier as follows: Since shortly after the outbreak of war, and until quite recently, the bride has been an indefatigable worker in VAD Hospitals. For three years she was an active member of the Southam V.A. detachment. This tells us she was a nurse elsewhere before the Southam Hospital opened. Having experience she would have been an asset to the Commandant and Nursing Sisters as she worked alongside others from her neighbourhood including Daisy Chamberlayne and Nellie Hillier.

Here she is pictured in VAD outdoor uniform with shoulder flashes and cap badge ready to set off on a motor bike. Maybe she biked to Southam to the hospital.

After the war was over, in September 1919, Amy married the tall, young Major Henry Cockerell OBE, RAF, from London. It was an elegant wedding at Ufton Church. She wore a dress of ivory crêpe-de-chine, decorated eloquently with silver lace, and she was accompanied by four bridesmaids. Pictured here is the wedding party outside Town farm. 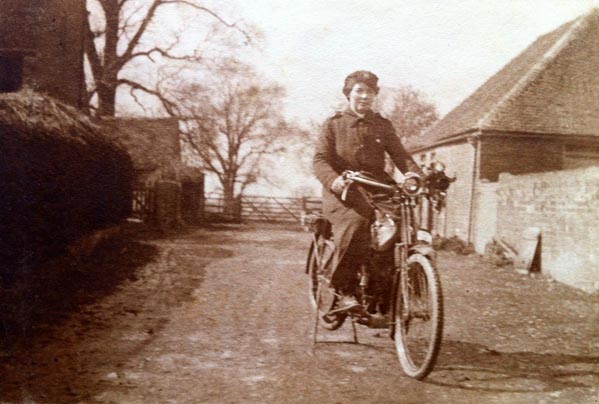 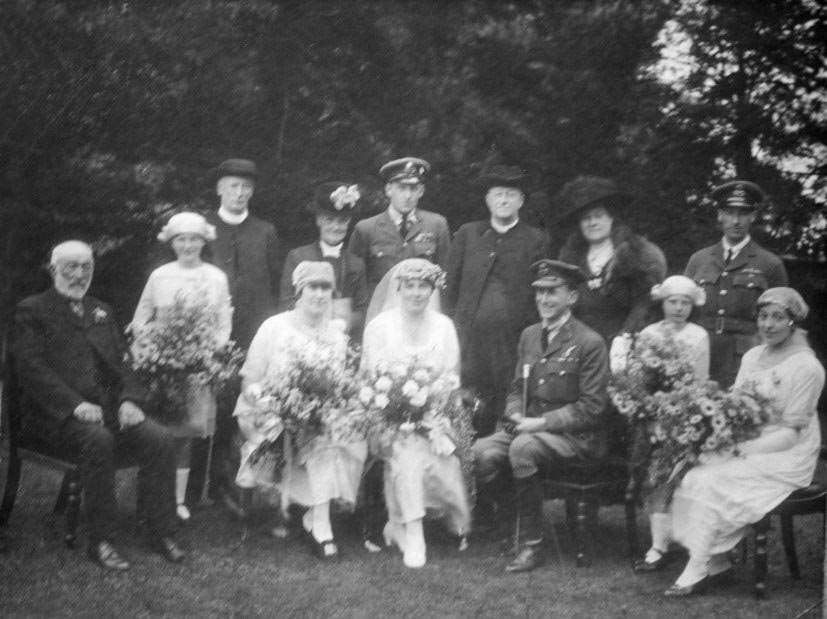 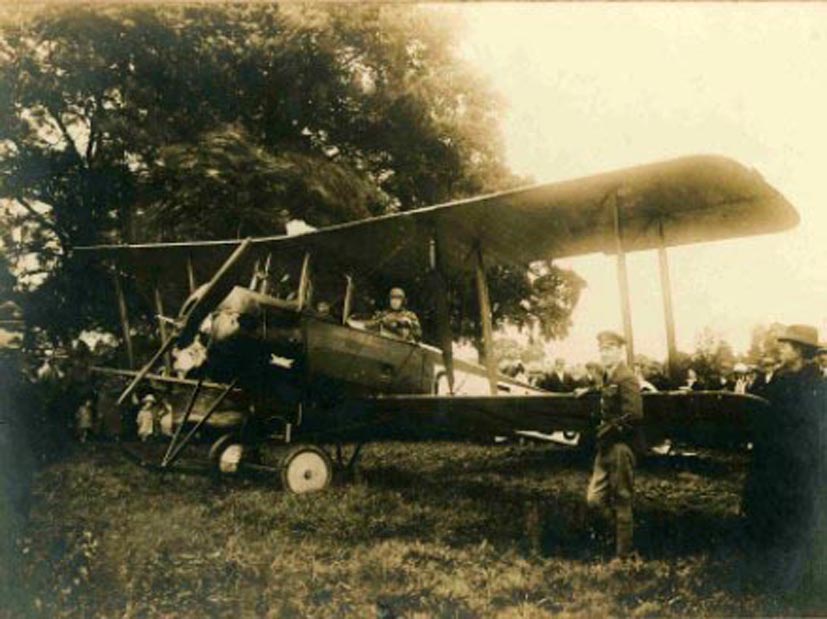 The wedding was notable for the aeroplane interest provided for the area of Ufton! The bridegroom arrived the day before piloted by his brother in an Avro plane and after the reception at Town Farm the couple flew off to their honeymoon on the Isle of White. The young Mr and Mrs Cockerell were strapped into the back seat and the plane, piloted again by the groomsman did aerobatics for a few minutes before leaving the area. The Leamington Courier reported that the bride had previously only flown for a few minutes. Crowds, seen on this picture, came from Ufton and Harbury to watch.

Amy first met her future husband when he was a boarding-school friend of her twin brother Ambrose. His career gives insight into Amy’s life. 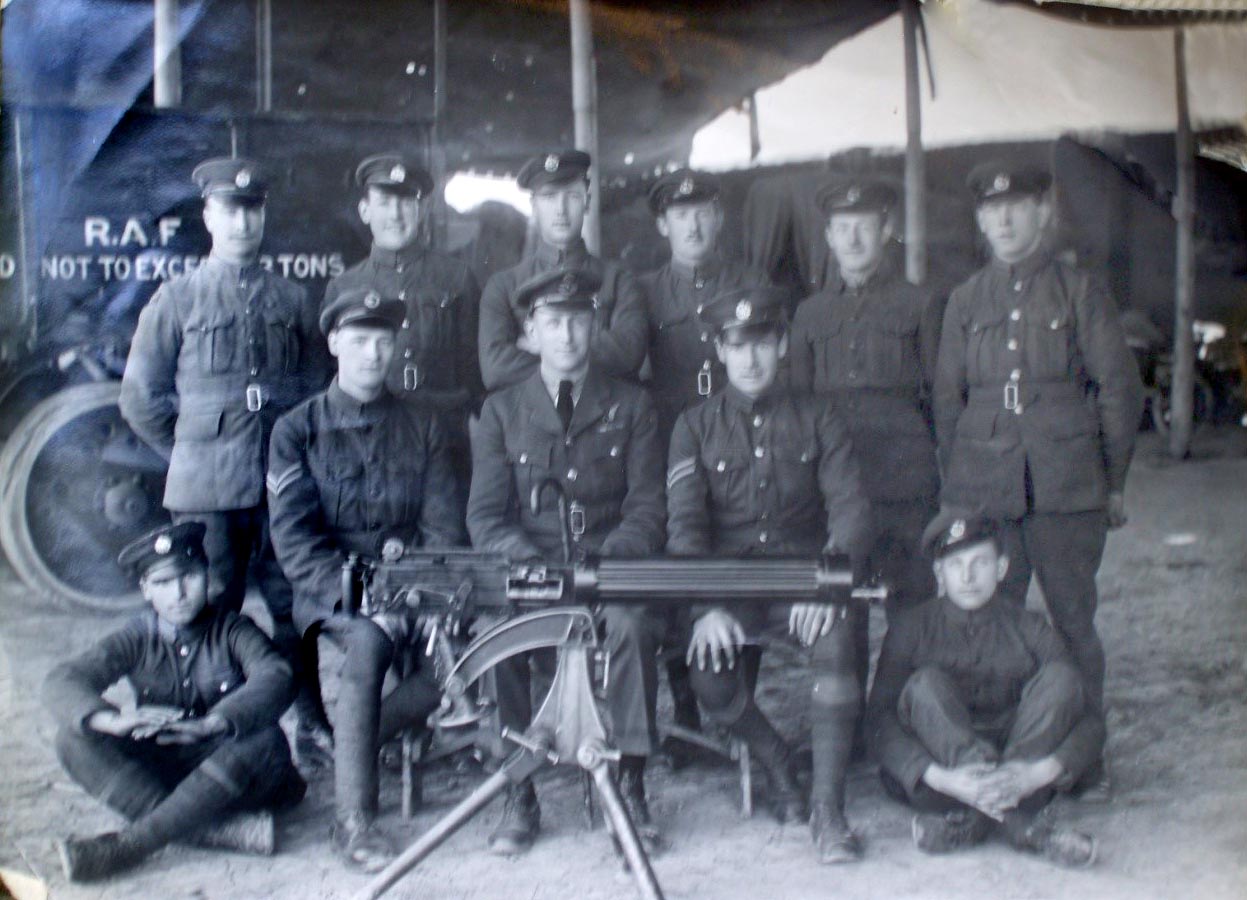 Major Henry Cockerell (usually called Harry) joined the RFC in August 1914, served in France from April 1915. He began as a Private and rose through the ranks being gazetted 2nd Lieutenant in 1916 and Major in 1919. He was in the Observer Corp an extremely dangerous role which involved flying low over the trenches, gunnery, taking photographs and reporting on the detail of enemy positions and describing the effectiveness or otherwise of the combat –details such as had the artillery reached its target or overshot. Eventually his hearing was seriously reduced due to a shell burst beneath his plane whilst on a sortie over enemy lines and he was unable to send and receive Morse code so he was moved to training operations. He is pictured on the right (centre) with other ranks and a large machine gun. His was an outstanding career which has been researched in detail by his grandson Bill Wiggins.[1] Bill describes his grandfather’s role thus: Observers as well as communicating with Army Command by Morse radio were also photographers and gunners and due to his 9 months of operational experience flying over the trenches he was re-assigned as a training officer to teach new recruits.  I remember him telling me he had more crashes and near misses doing this than flying in France and Belgium 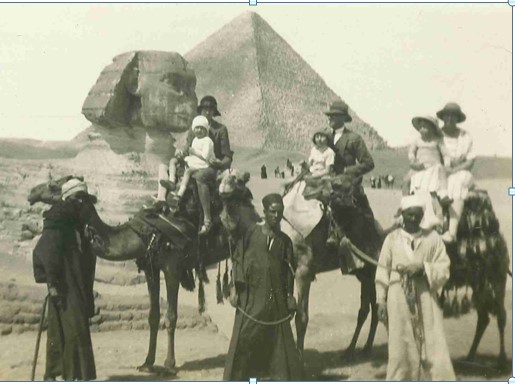 Amy and Harry had two children Keith (b.1920) and |Barbara (b.1926). When Harry was abroad Amy and her family moved to Ufton but much of their pre-WW2 married life was based in London with Harry posted on location in Britain to training establishments. Amy (and young son) followed Harry to Egypt in 1922 for a short stay. Here she is (pictured on the left) on a camel – yet another unusual mode of transport!

Harry had a distinguished career and 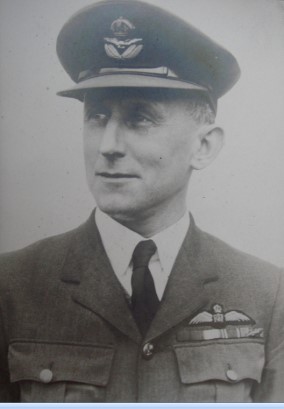 retired from the RAF in 1935 but in WW2 he was recalled and involved in important security work at headquarters. So by the time of the 1939 National Registration Survey, Amy was back in Ufton helping with the farm.

After the WW2 Amy and Harry lived for a time in part of Radford Hall. She is remembered with affection by Jean Reed who married Amy’s nephew Peter, as ‘Aunty Amy’ a very kind and warm-hearted person.[2] They were a distinguished-looking couple pictured here at their daughter Barbara’s wedding in 1954.

But the accommodation at Radford was not 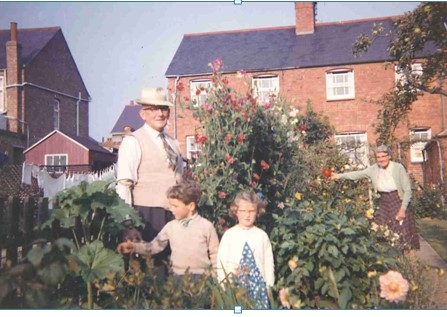 suitable for an aging couple and they moved to Market Harborough where Harry was a keen gardener and grandson Bill (pictured right with sister Jenny) remembers visiting. Amy died of a sudden stroke in 1973 and Harry was 90 when he died in 1982.

[1] I am grateful to Bill Wiggins for photographs and for allowing me to read his research, done for his family, into the career of Major Cockerell. For those interested in the outstanding career of Harold Cockerell –please contact Bill Wiggins whwiggins@hotmail,com.

[2] Conversation Jean Reed and Val Brodie, 26 April 2017. Jean Reed has kindly given permission for the reproduction of Amy and Harry’s photographs and her certificates.