The 2016 summer exhibition “Cementing Relations in Southam” opened on the late May Bank Holiday Monday and ran until the end of September in Vivian House on Market Hill, and due to continued demand, remained open on Tuesday mornings during October.

It was generously sponsored by the Rugby Group Benevolent Fund and Cemex and strongly featured the Rugby Portland Cement Works history alongside the historical background of quarrying and lime burning around Southam from the early 19th century.

Through a selection of photographs, documents, social and family history, the cement stories were told alongside artefacts from the Heritage Collection and others lent to us by families who worked there. Supported by sound recordings and video, our visitors enjoyed history through a range of mediums.

The attached pdf document only touches on the wealth of history behind Southam’s cement works, but gives you a feel for a period of time that shaped a part of Southam town centre with its cement rendered buildings and its surrounding conservation areas.

Click on the picture opposite to see the pictures and read all about the exhibition. 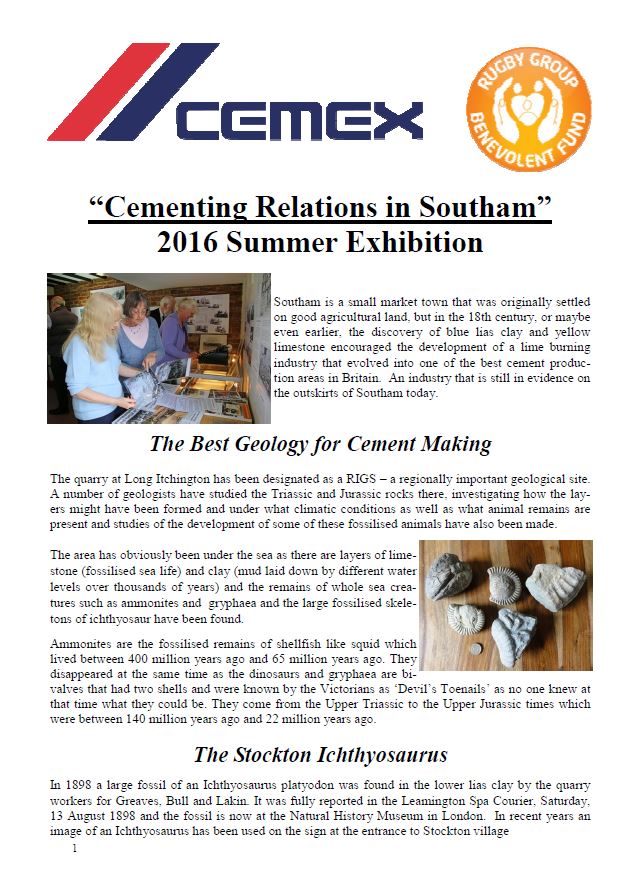