We have been searching for information about the soldiers who were born or who lived in Southam, finding out about their upbringing, jobs and family life using photographs, memorabilia and documents. Special thanks are due to the families who contributed their stories and made photographs available.

The team has benefitted from the help of several local historians who have shared their expertise and information. We are especially indebted to Alan Griffin. His book ‘Lest We Forget: The Southam Men in the Great War’ published in 2002 researched the men who served and movingly told their story in the context of national events. Alan’s book gives the formal details of the dead and their resting places whilst also telling the story of a town in time of war. It was the inspiration for this current research, begun in 2014, to mark the Centenary of those terrible events and it has given us the incentive to find more families of all those who served, and to attempt, with the now available on-line resources, to uncover their life histories.

The research has been conducted by members of Southam Heritage Collection. We remember with affection and gratitude the work of the late Christine Jerome (1946 – 2018), a key member of our team, who died from a sudden illness in December 2018. Chrissie not only worked meticulously on the archives but assisted in staging the five WW1 exhibitions during 2014 – 2018.

The research is ongoing; the names and stories of many who served still have not been found. If you can help please contact Val Brodie or Bernard Cadogan. You may be able to add extra names or details, and maybe uncover and share family photographs to make this commemorative archive more complete. We hope it will help future generations to remember those who died and all who served. 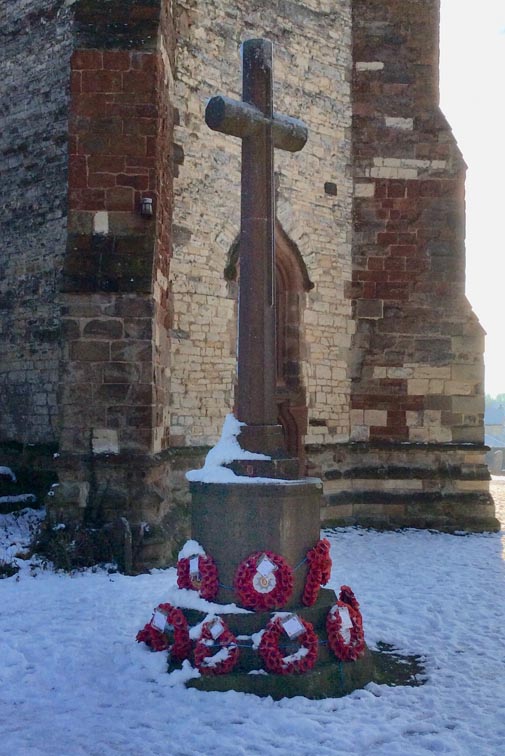 The men who died in WWI

The war memorial, which stands in Southam Churchyard, is a focus for remembrance in the town. Is not quite a complete record of those who died during the WWI for there are several omissions, for example one of the two Turner brothers both of whom were killed.

The Southam Memorial lists soldiers such as young Frederick Hartley, killed in 1919 whilst serving with the machine gun corp and ex-prisoner of war George Shorthouse, who died from war wounds in the aftermath of the conflict. In this Roll of Honour we have added others whose death likewise was from war wounds following the Armistice.

Sadly many men, like Norman Cleal who was badly gassed serving with RWR, returned to civilian life and suffered painful illnesses and died prematurely.  In the next section which honours those men who survived the conflict we have told the story of these men and their families and tried to understand what their lives were like.

Follow this link for the names of those who died.

The men who returned from the war 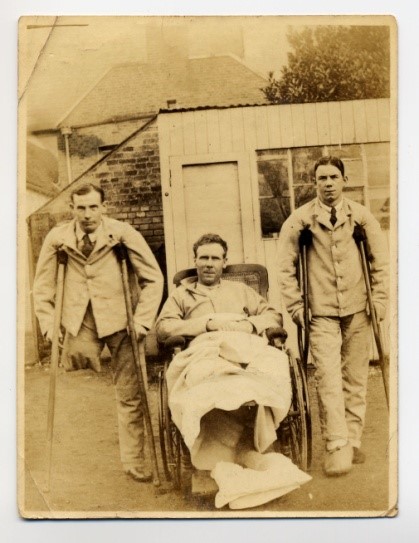 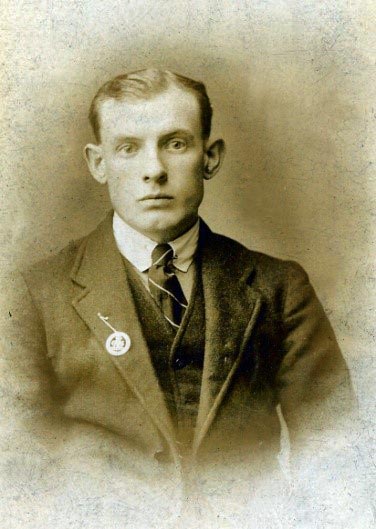 We have attempted to trace as many as possible of men who served in the army, RN and RFC. We have so far found the names of over 200 men but others are being added for there may have been as many as 400-450 who served  out of Southam’s total population, at that time, of around 1,800 people.

How these men who returned from the war including paraplegics, the wounded and the sick coped has been part of our research. Not  only were their wives, parents and siblings immediately affected by their return, but the next generation – the children of the soldiers – were brought up in households dealing with the aftermath of this cataclysmic man-made disaster.

The story of their lives is central to an understanding of Southam’s history in the early and middle part of the twentieth century. We hope that by tracing the life histories of Southam’s surviving servicemen will help us, and future generations, to understand what life was like for them.

A number of wounded soldiers returned during the war and they were awarded a silver badge to wear on civilian clothes to show that they were honourably discharged.

Follow this link for the names of those who survived, and then click on the names for their individual stories.

Many Southam women trained as VAD’s and served at the Southam’s Red Cross VAD Hospital at The Grange – follow this link for details of the hospital and the nurses.

Nurses who went to serve abroad