Mrs Arthur Brewster was born Elizabeth Silvester in 1874.  She came from an affluent mid-Warwickshire household and in 1904 married Arthur Christian Brewster (b.1874), a successful merchant from Staffordshire.  In Southam they lived well with two servants at Ivy House, where a daughter, May Christine, was born in 1911. Eventually she, and later her husband, were both laid to rest at St Michaels and All Angels, Ufton.

Mrs Arthur Brewster is on the list of those gaining their Red Cross qualification in 1914 and like several others we are not able to identify if she is on any of the hospital photographs. At forty three she would have been one of the mature VADs and she was a woman who liked to play her part. In 1936 Mrs Brewster alongside Miss Irwin, was amongst a large group of venerable men of the town who served as magistrates.

The VAD nurse on the right features on several photographs. She is one of the several unidentified older women who served. 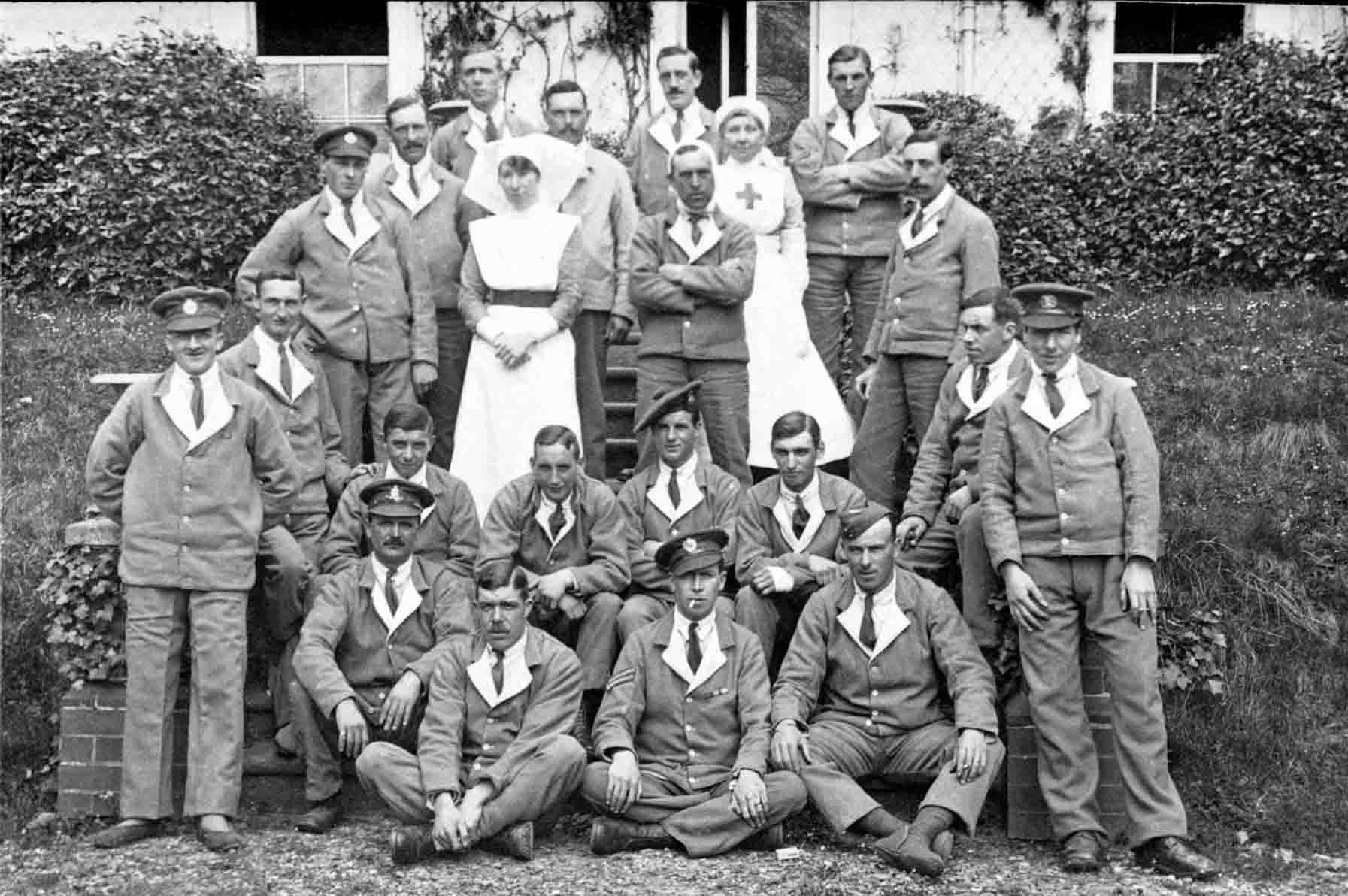