Despite the wounded condition of the patients returning from the battle lines and the severe cases of gas poisoning and shellshock that the nursing staff had to deal with, there were no resident doctors in VAD hospitals. During the early years of the war the hospitals were reliant on the good will of local doctors who gave their time without pay. By the middle years of the war, the government decided doctors should be paid. 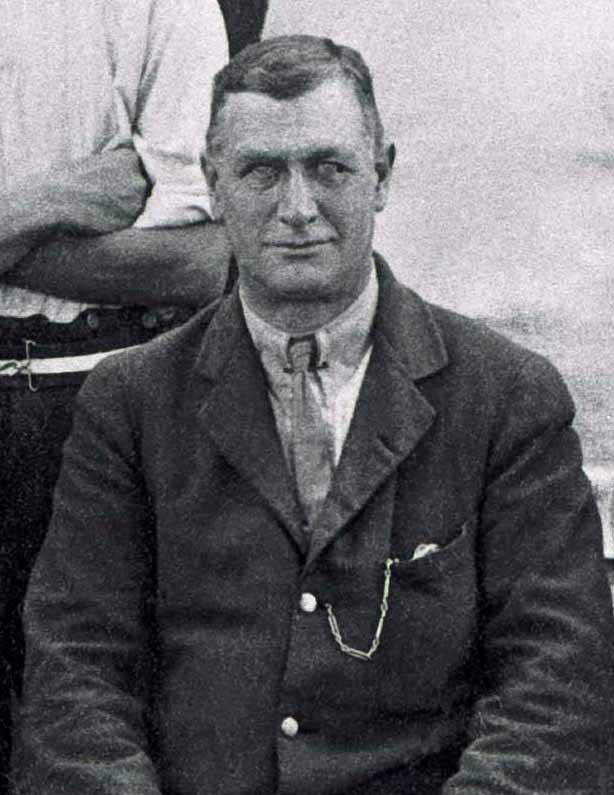 Dr Lattey (b.1864), like his father before him, was a surgeon and general practitioner in the town. He lived in a fine house near the Convent (where Wood Street car park now is situated). In 1914 Dr Lattey delivered the six lectures to the Red Cross volunteers which enabled them to gain the VAD qualification.  He gave his services free of charge.

Dr Lattey’s seventeen-year old son, a young midshipman on HMS Hawke was killed early in the war (16 October 1914) when the ship was sunk by U9. It is unsurprising that Dr Lattey turned to war work and joined RAMC as honorary Captain in 1917 although by then he was fifty-three years old.  Captain Lattey relinquished his duties in August 1918 having contracted illness in the course of his service. However when he returned to Southam he assisted Dr Ormerod at the VAD hospital. This photograph shows Walter Lattey in 1921 seated in the centre of Southam cricket team.

Throughout the time the hospital was open the medical and surgical work was undertaken by Dr Ormerod another local medical practitioner. Born in 1871 in Gloucestershire, he came to the town around 1899. He soon made his mark for he was a cricketer – a fast bowler – and he captained the side in 1899/1900.

Not many years after their arrival his first wife died and he remarried in 1905. The couple lived in a large property, Vernon House, in Coventry Street and the subsequent young family grew up with a nursery governess, cook and housemaid to tend their needs. He worked for the police, held a post at the work house and was an establishment figure giving medical testament in courts of law.

Nevertheless Dr Ormerod seems to have remained a man of the people. Present day local historian Bill Griffin recounts how his father, born in 1910, told him that as a young kid, an orphan living with his grandmother in Rounds Gardens, he was taken to see Dr Ormerod.  This was not to a surgery. The doctor, at a set time, drew up his car outside what is now the Old Mint Pub and people went to the car to see him! We must remember that cars were much bigger then and the population from some areas of the town were impoverished. Bill adds that his father said that no one was ever turned away by Dr Ormerod even if they were not able to pay. Bill also recollects his father saying that the doctor served the surrounding villages using his car as a consulting room.[1]

Other doctors were involved from time to time. Dr Findlay from Brailes, an experienced and pioneering medical man who opened the VAD Hospital 45 at Brailes for Belgium Refugees in October 1914, came to Southam Hospital in 1918 for several days. He sent a card (a picture of the Recreation Room at the Southam Hospital) to his wife telling her of his return to Banbury Station and that he would cycle to his home, St Ronans Lea, a stately house in Brailes.

Why he had visited is a matter of speculation and leads to some debate over how the hospital was organised. Did he come for an inspection? surgical procedure? assistance? leave relief? 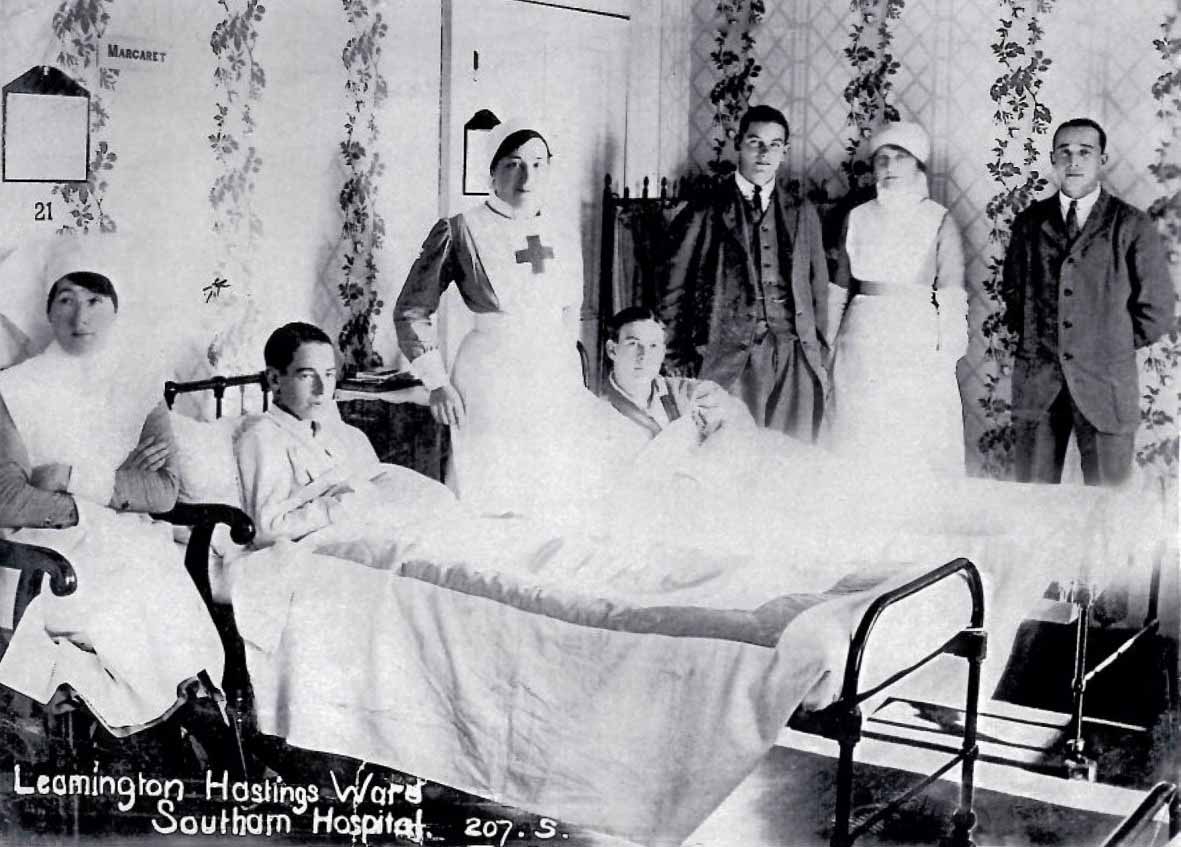 This photograph shows one of the smaller wards in the hospital. To the fore is Alec Colbeck who suffered back and other injuries in France and was returned to ‘blighty’ in Autumn 1918. It is not clear if the two youngish men are also visiting doctors.[2]