“Southam was once a vibrant town sat on drovers and coaching crossroads.  To police the place with so many strangers passing through would have been a very difficult task.  It was not until the middle 19th century before Warwickshire had its own combined police force.

In 1841, Southam’s first police inspector, George Smallbones, took up residence in the town and by 1864 a new police station and lock-up had been built in Oxford Street.   A series of Inspectors lived there overlooking one of the main roads into the town until the last Police Inspector, Robert Cresswell, left in 1930 to take up his duties in Warwick and he was not replaced.

During WW2 there were special constables and various Police Constables took over the criminal management of the town  After the war, a new Police Station and Court House was built in Southam High Street, but today it has all changed again as the buildings have been sold.”

Click on the picture to see the posters designed specifically for it. 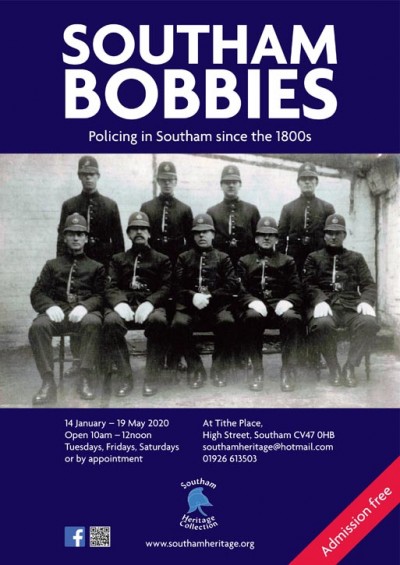