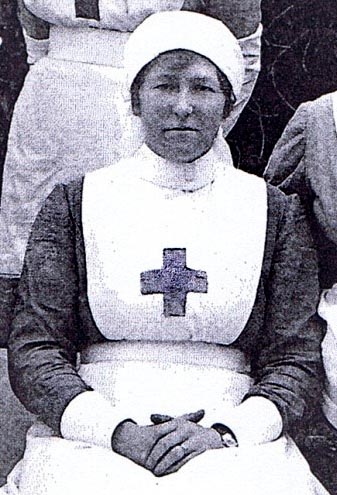 Honor Zoe Shuckburgh was thirty when war broke out. At the time she was Mrs Shuckburgh, wife of Gerald Shuckburgh. Gerald’s older brother, Sir Stewley Shuckburgh, the ninth baronet, was an invalid and it was Gerald who as land agent, ran the estate. Gerald inherited the title on his brother’s death in October 1917 and Honor took the title Lady Shuckburgh.

Honor Zoe was the daughter of Neville and Zoe 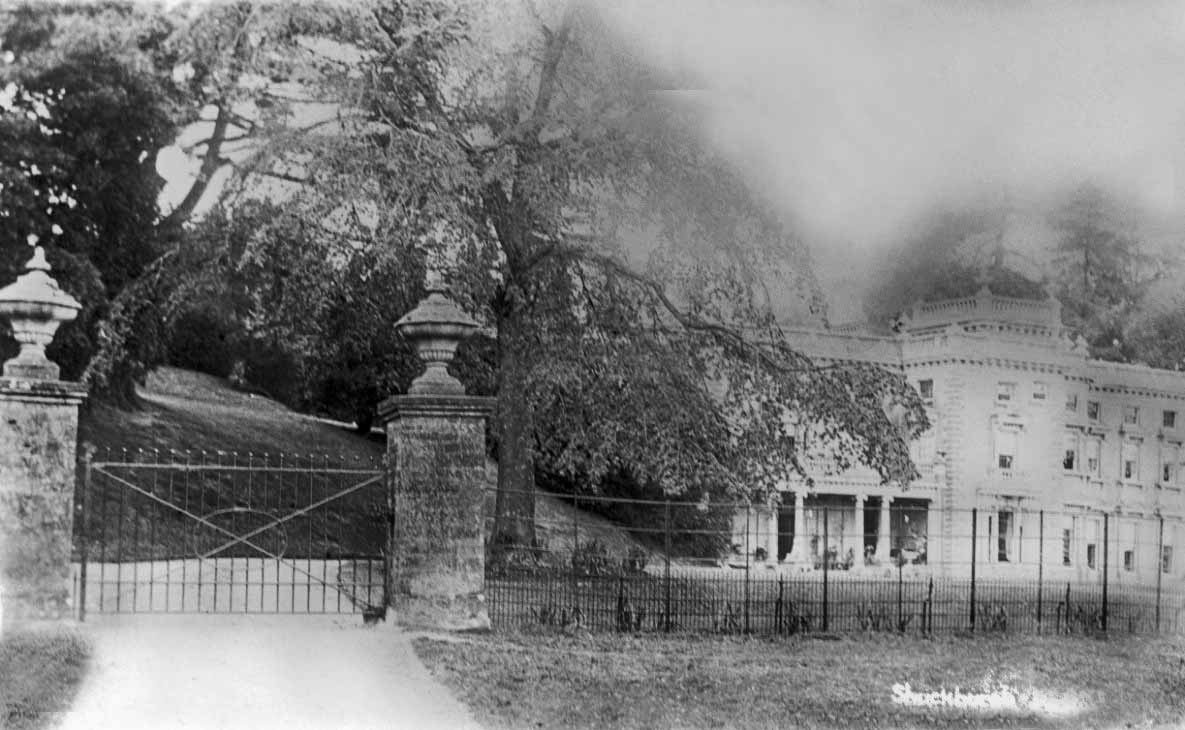 Thursby from Northamptonshire. Her father worked in the Stock Exchange and Honor married Gerald Shuckburgh in the spring of 1909 at St. George’s, Hanover Square. The bride wore a gown of rich cream satin, a veil of old Honiton lace set in place with orange blossom, and a long court train of old Limerick lace borne by the Hon. George Spencer, son of the Lord Chamberlain (great-grandfather of Diana, Princess of Wales). She carried white lilies and was attended by six bridesmaids dressed in pale blue, with straw hats decked with pink roses. Numerous friends from Northamptonshire and Warwickshire attended the wedding and the reception at the London home of Viscount Althorpe, who lent his Mayfair house for the occasion. Afterwards the couple left for a honeymoon in the south of France.[1]

On her return, Honor aged twenty-four, became mistress of Shuckburgh Hall, a large country estate. She became accustomed to administering a large household staff and coping with the requirements of guests and their servants. This gave her the appropriate experience later to lead the team at the VAD Hospital.

The Shuckburgh Estate is about six miles from Southam in a remote, hilly spot. By 1917 when the hospital opened, Honor had three children whom she left in 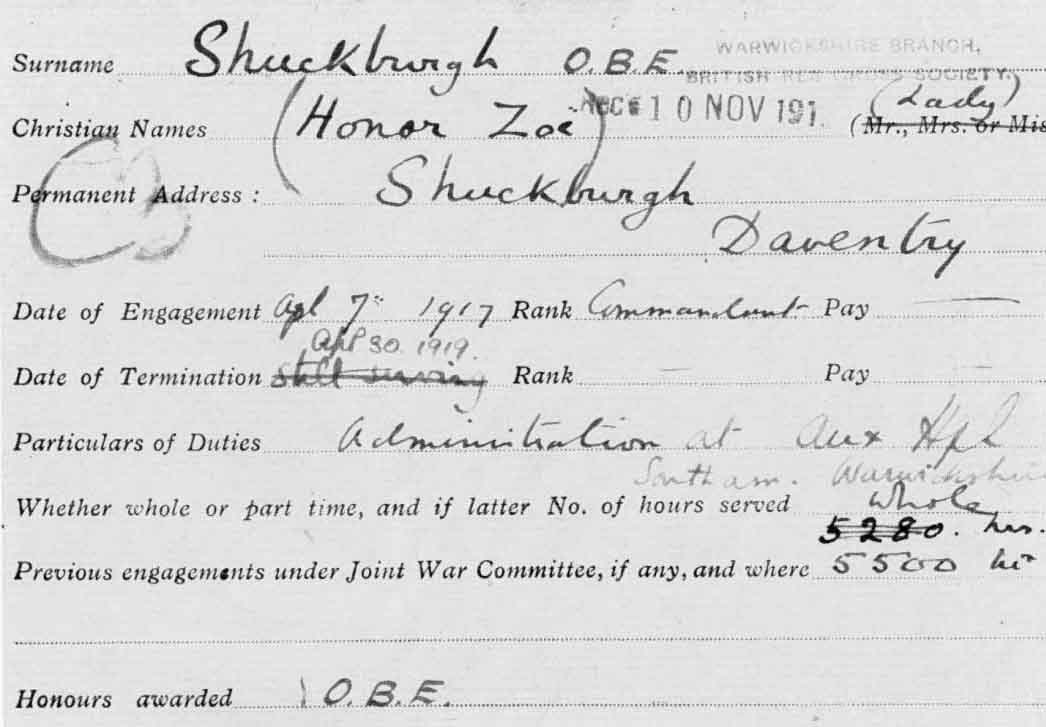 the care of nursery maids. Her responsibility was the administration of the hospital and her Red Cross Service Record (shown here) indicates that she served 5,500 hours from April 1917-1919 – about 90 hours per week. Whether she travelled each day or as Commandant had a room at the hospital is not known but what is clear that she worked very long hours.

It is a measure of the calibre of the care received that no patient died at Southam’s hospital. Lady Shuckburgh ran a tight ship for there are no reports in the local paper of soldiers going on drinking binges or other disruptions as reported elsewhere.[2] She achieved loyal continuity of service from her volunteer nurses and from her professional colleagues. She always looked very serious on the group photographs. Pictured below she is flanked by Sister Clipstone and Sister Roberts.

Lady Shuckburgh was awarded the OBE in 1920. When the hospital closed in 1919 the local paper reported that she had devoted herself ‘heart and soul to the men in blue’.[3] They were called the ‘men in blue’ because of the bright blue of the hospital uniforms; they were not officers, they were ‘tommies’, and she gave them unfailing service for two years. It is likely that the Commandant kept a daily log of the patients – their name, number and regiment – but no trace of a log or diary has so far emerged.