Today, Southam’s Primary School stands where once stood Southam’s solemn and imposing Victorian workhouse (see photograph from 1910). It was a domineering place built in 1837 on Welsh Road West, then called Workhouse Road.

The enclosure of land at Southam in 1761 brought to a head the need to provide for the poor of the Parish. This was when the initial workhouse, the ‘House of Industry’ as it was called, was established.  When the Southam Poor Law Union was formed in 1836, plans were made for a new building, to be overseen by an elected Board of 26 Guardians, representing Southam and 18 surrounding parishes.

Impressions of workhouse life are depicted in very real terms through the eyes of Charles Dickens’ Oliver Twist.  The Workhouse was not intended to be a welcoming place, but one to be feared and avoided, and this view was still held by people well into the late 20th Century.  At its closure in 1922, the harsh life of its inmates was found recorded in graffiti on one of the walls:

“Southam I love thee not; Thou art but a dry bread spot; And yet to see the outer lines; Men would not think thee so unkind; But get inside a different tale; So my fate I do bewail.” 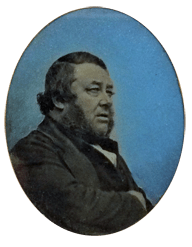 The first Master and Matron were Mr and Mrs John Parrot and the Schoolmistress was Elizabeth Griffin.  The children were educated separately from the children in the town.  The families were further separated because men and women, young and old, were accommodated in different wings. They only came together for an hour on Sundays.

One of the last babies to be born in the Workhouse was Ivy in 1920, the 5th child and only daughter of Florrie from Marston Doles. Florrie was an unmarried mother of two sons, John and Herbert, having already lost two older sons before they were five; one, very sadly drowned in the lock on the canal at Marston Doles where Florrie had been working to provide for the boys.  In November 1919, Florrie met and married Fred, a cement worker from Priors Marston.  However, by January 1920, Florrie and her two boys were at Southam Workhouse, and Ivy was born there in February.  Two years later, in January 1922, they were still there and a warrant for the arrest of Fred for non-payment of his family’s workhouse fees went out. The Relieving Officer, Mr Charles Shirley, stated the wife and family were still chargeable at £3 a week to the Southam Union, and a bill of nearly £300 was outstanding to the husband.  Fred disappeared and was never traced.

In 1922, when the workhouse was closing, the older boys were apprenticed out to farming families: John went to Leicestershire and Herbert to Cornwall. Ivy was fostered and died not knowing she had two living brothers, let alone two more who had died.  Whether her brothers ever knew what happened to their baby sister, we don’t know.  As for Florrie, after four years she gave up on Fred and bigamously married a Mr Brown, who died only a few years later.  He left her with a young son, but she had lost touch with all her earlier family.  The workhouse had perhaps been her saviour from starvation, but it had also divided her family for a lifetime.

As for the workhouse building, it was converted into twelve apartments for the homeless until they were rehomed into Council houses.  The buildings became known as “The Dwellings” and were pulled down to build the school in the early 1960s.

Ivy’s daughter has been researching her family tree and has only just discovered she had five unknown Uncles.  She is still trying to find out if she has any cousins.