Southam Convent was established in 1876 by the Sisters of the Poor Child Jesus originally from Aachen, Germany and the buildings that comprised the convent itself, its orphanage, school, and farm were on land off Daventry Road, now occupied by St Mary’s Primary School, and the St Wulstan Way housing.  In this article, Mary Grant tells us about her time living at the Convent and becoming a pupil of the school in the 1930s.

I was born in 1931. My parents were Cyril and Mary Duckett and my father worked on the farm from the age of thirteen and my mother was an orphan from the convent. They married in 1924 and lived at Tollgate House.

Tollgate House had two bedrooms and I had to share one room with my two brothers.  It was decreed that, by the age of three, I would have to leave home and sleep at the convent rather than with my siblings, so from the age of three to seven, I spent my nights in the children’s dormitory attic. At one end, an area was sectioned off for Sister Mary Martha, who supervised, ensuring a good night’s sleep with no giggling.

Lessons in the school varied. In The Retreat, the downstairs rooms were known as the study, which catered for the paying ‘boarders’. Subjects ranged from French to art to embroidery. Art was taken by Sister Mary Sales, Sister Mary Assumpta taught music and the head was Sister Mary John.  When I was older I was able to study office skills such as typing and shorthand and, between the years of 1945 – 1948, I was in the dormitory with three friends: Ursula Wren, Wendy Freeman and Mary Higgin, whist waiting for the extra bedroom at our farm to be completed. These three friends stayed on at the convent to become nuns and all three trained to be teachers and taught at Southam.

The kitchen was enormous; it was situated at the lowest part of the building, along with the scullery, laundry, ironing and drying room and vegetable store. There was a huge coal range used for cooking and a dumb waiter used to carry the meals up to the nuns’ dining room on the second floor. In the cellar of The Retreat there was the dairy where hand-churned butter was made every Thursday.  Upstairs was where racks of apples were stored, their sweet scent pervaded the whole building. At the rear was a small room facing the convent where the keeper of the keys lived.

At the rear was the Grotto and the beautiful statue of St Joseph. It was here, near the boiler room and the Head’s office, that Sister Donata raised and cared for a runt pig. To the side of the Grotto was the classroom and the playroom.

Along what is now St Wulstan Way, there was a cinder road made up of rubble and clinker, about eight feet wide, to allow for a horse and cart to travel to the top field to collect the hay. These fields were known as St Michael and St Raphael. There was no tractor to use on the farm to plough and the earth had to be dug and turned twice because of the heavy clay soil. This work was carried out by my father, Cyril, Sister Donata, Sister Angela and, ‘The Boss’ Sister Mary Arnolda.

I have many happy memories of the community and convent, where I was allowed to play freely as a young girl, and help Sister Donata and my father in the garden and on the farm.

This photograph shows Cyril Duckett collecting hay, with his sister Mary on the horse. 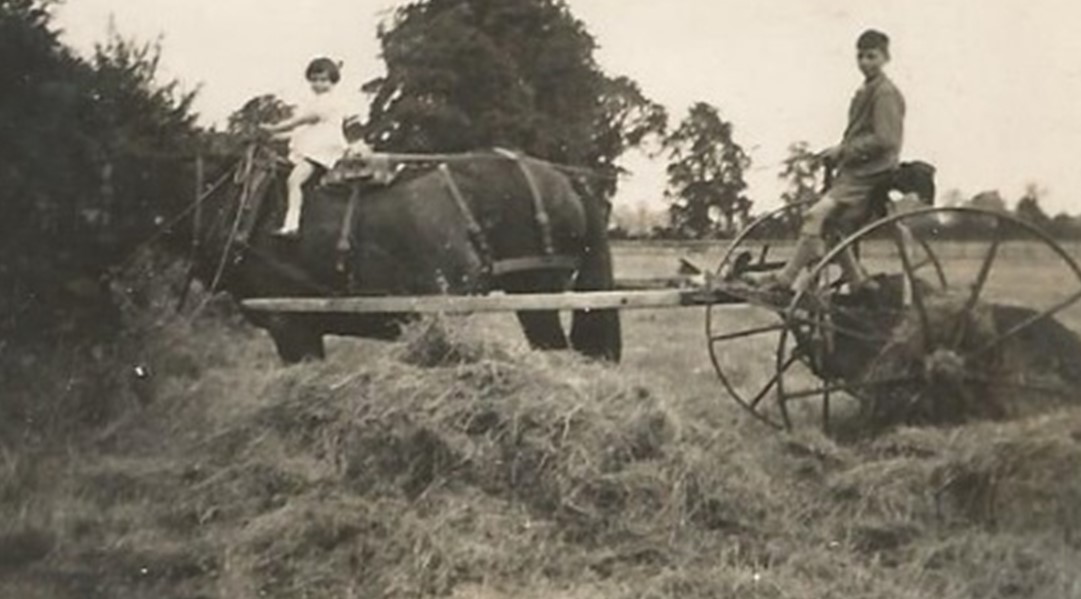 This photograph shows the original Convent buildings on the corner of Wood Street and Daventry Road. 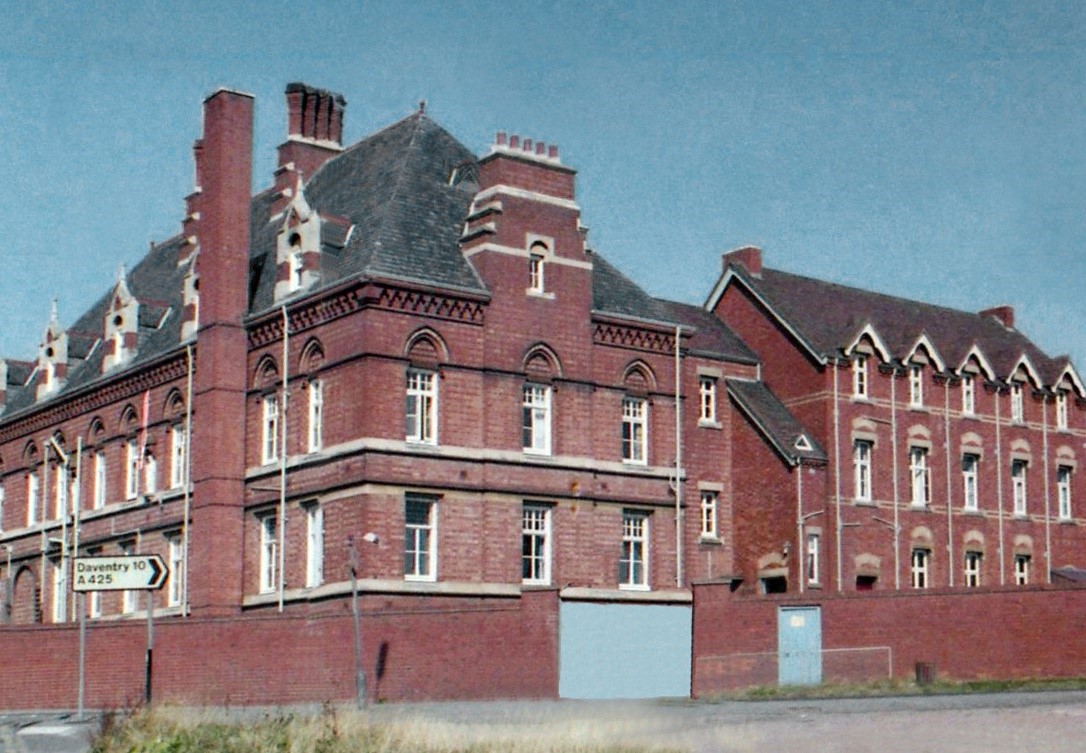 Southam Heritage Collection has recently published a reprint of Mary Rock’s book: “Looking Back at The Sisters’ School” (which can be purchased online here or in our Exhibition Room) and our current exhibition also features the history of Southam Convent.  You can find us in the atrium of Tithe Place, High Street, and we are open on Tuesday, Thursday, Friday and Saturday mornings from 10am to 12 noon. To find out more about Southam’s history, visit our website www.southamheritage.org  telephone 01926 613503 or email  southamheritage@hotmail.com  You can also follow us on Facebook.