This year marks the 80th anniversary of one of the most important events in the Second World War. This was of course the Battle of Britain which took place throughout August until the end of October 1940, and is now commemorated on 15th September each year.  It was perhaps the first battle in history fought entirely and exclusively by air forces. It was absolutely key to the survival of Britain not only because it was the first major victory for British forces in the War, but also because it put paid to any serious plans by Adolf Hitler to invade England, which he had been actively planning for some time.

We have relatively few items in the Heritage Collection that relate directly to WW2 and its impact on the town. This is partly because the Second World War was much more of a total war involving the civilian population almost as much as those in military service, and also because of the vastly increased emphasis on secrecy. For instance, there were no troops popping back over the channel for a few days leave, a virtual complete absence of photography unless officially sanctioned, a draconian emphasis on “careless talk costs lives”, and very strict censorship rules. 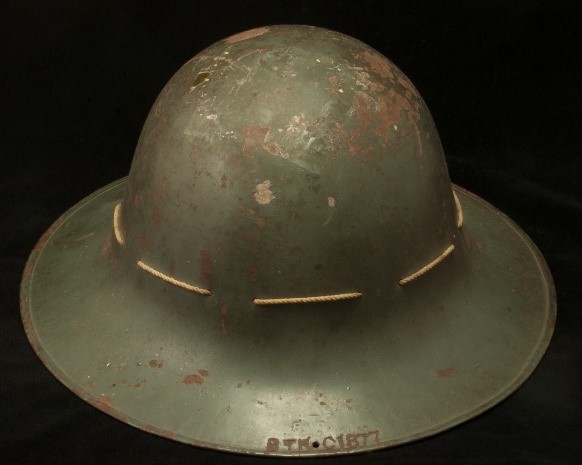 We do have some items, but would like to acquire many more. One of the first items we came across when cataloguing the Collection was a helmet initially believed to have belonged to an Air Raid Warden.  It was actually a Civil Defence Helmet from the British Thomson-Houston Company of Rugby (thanks to Adrian Blake of Bishops Itchington for this advice). We also have (again thanks to Adrian) a copy of the Warwickshire Air Raid Defence Precautions booklet showing that significant effort was being put into air raid precautions starting in early 1938. The names of several people from Southam and their roles appear in these precautions.

Another fascinating item we have is a postcard addressed to Jack Cardall reminding him of the need to turn up for Home Guard Parades. In these days of instant communication, can you imagine sending someone a postcard in the middle of a major war to remind them of the need to do this? We also have a wooden rifle used for training the Home Guard because not enough real ones were available!

Rowan Parker, a Committee Member and Trustee, was a Southam schoolboy during the war and tells some amazing stories about how, as a choirboy, he was sent home when the air raid sirens sounded – but of course he didn’t want to go home. He and his friends would shelter in shop doorways to protect themselves from spent bullets dropping out of the sky. Rowan tells the story of how he and his mates would pick up these spent shells, but sometimes drop them again very quickly since they were red hot – Health and Safety was not an issue for those boys! Have you ever thought about what happened to all those bullets fired in the skies above? Only very, very few ever hit anything – the rest dropped straight down onto houses, roads, people etc.

We know there must be much more fascinating material in scrapbooks, family albums et, even though very few of the people alive at that time are still with us. If you have any such items, please do get in touch, as we would very much like to take pictures of them and record more information relating to this very important period in our history.

We are fortunate to have in stock and available to buy, local historian Alan Griffin’s illustrated book ‘Wartime Southam – 1939 to 1945’. It includes fascinating photographs and information about the people of Southam and their involvement in WW2. 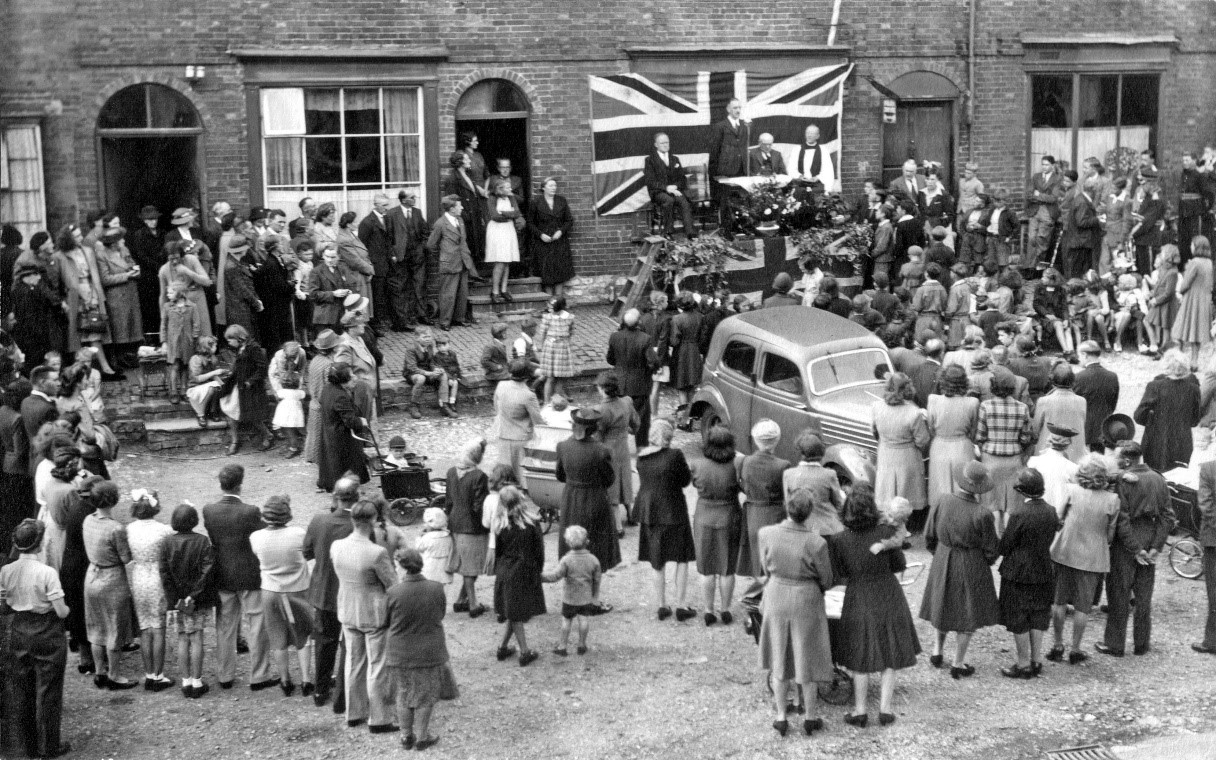 This photograph shows Southam residents gathering on Market Hill to mark the official ending of World War 2 on Victory in Japan (VJ) Day, 1945.