CARDALL’S CORNER – November 2017 – By Helen Morris & Len Gale In the year 998 Aethelred (the Unready) gave some land which included Southam to Leofwine, the father of Earl Leofric of Coventry whose wife was the famous Lady Godiva. The description of the land still exists written in Old English in a Charter. The boundaries of Southam were carefully marked and remembered through the custom of ‘beating the bounds’. This happened every year when local people walked around them and one document even says that, before the days when everyone could read, youths had their heads knocked on the landmarks, such as trees and rocks, so that they would memorise them! The Charter describes the boundaries of Southam referring to these local landmarks, one of which is mentioned as a ‘maerestane’ (boundary stone). It is believed that the stone mentioned in the Charter was at the meeting point of three communities – Southam, Long Itchington and Stockton to the north of ‘Sutham’. In 1999 the Town Council decided to erect a new merestone to mark the year 2000, in what is now Merestone Park on the edge of Southam. The original stone had been lost many years ago because of excavation at the cement works quarry. Councillor Len Gale asked the then manager of Rugby Cement Ltd’s works, jokingly, whether Southam could have their stone back. The manager was somewhat puzzled by this request but obligingly, after explanation, he arranged for a new stone to be brought and erected for the town. Here in Len’s words, are the details of the conversation: “When I spoke to the Manager at the Southam Quarry (Ron Miller) and asked if we could have our stone back, saying it had been in the area now occupied by the quarry, he asked when this had happened. When I told him it was about 350 years ago his response was ‘well it wasn’t on my shift then’!” Because Southam’s local stone, Blue Lias, would have worn too easily, a trip was arranged to the now closed Mount Sorrel Quarry in Leicestershire where a suitable Caledonian Igneous stone, which had been laid down about 360 million years ago, was chosen. The stone weighed 4.5 tons and Rugby Cement Ltd brought it to Southam and stored it for several months until it could be erected. The stone was lifted into position by Brian Tuckey’s crane and the Mayor, Bill Pease (wearing white boots) attended the ceremony, as did Len Gale and his wife Marlene. When Brian jokingly asked Marlene whether she thought the stone was the right way round, she said she thought it wasn’t, and asked whether he’d mind adjusting it so that it faced to the South. The photo taken by the press at the time showed some strange white specks in the sky and someone suggested that they were unidentified flying objects, reacting to the return of the ancient monument!! You can hear this story in Len Gale’s own words on a Southam Heritage Collection oral history CD, available at Vivian House. If you are interested in finding out more about local history, contact Southam Heritage Collection. The Collection is currently housed in the basement of Vivian House, Market Hill and is open on Tuesday and Saturday mornings from 10am to 12 noon. Contact: 01926 613503 email southamheritage@hotmail.com visit our website www.southamheritage.org and find us on Facebook: Southam Heritage Collection. 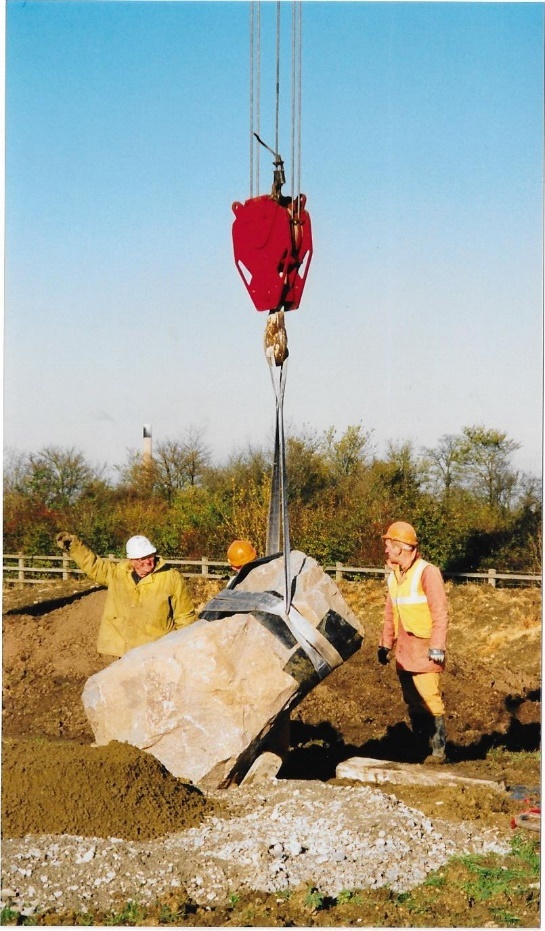 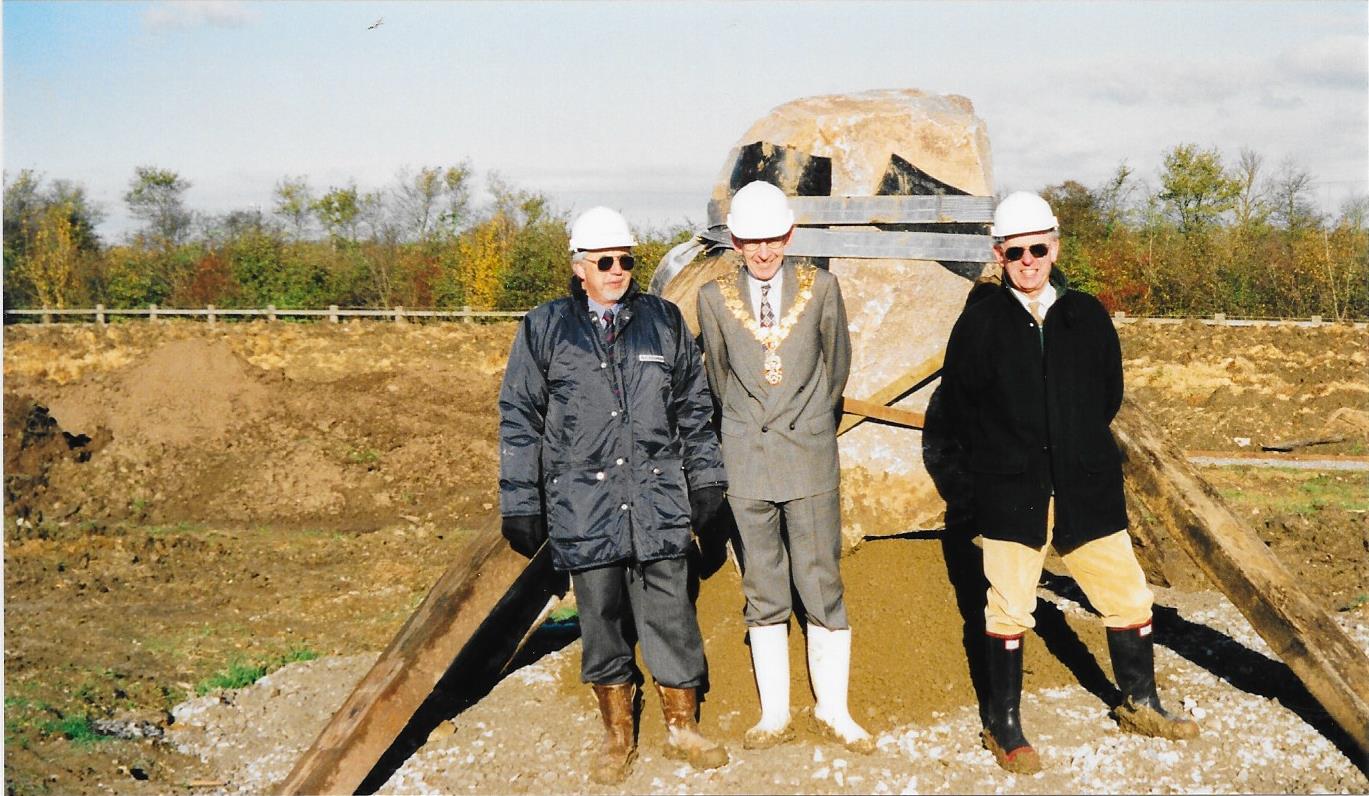