Southam has always been known for its wealth of public houses, which for years numbered as many as fifteen at any one time, and once catered for a population of one public house per 60 inhabitants of the town! However, it makes a little more sense when you realise that from early mediaeval times, Southam has been on the cross-roads of the Welsh drover’s roads and the northern trade routes from London, later to become part of the hectic coaching North Road.  Hence the town was constantly flushed with drovers, farmers, traders and passengers passing through or attending the busy weekly markets.  They all needed refreshments and many also needed accommodation. We know where most of those public houses stood and although only a very small handful remain trading today, the rest remain as private homes.  Indeed there are none that have completely disappeared except the Castle Inn, which stood where Wood Street car park is today.

Having said that, there are three I have been unable to pin down, although they may be earlier names for a later known pub. The early 19th century was the height of the droving and coaching period in Southam.  Alongside this the public houses ran extremely successful businesses; with travelling theatres in their court yards, dances in their ball-rooms, daily stage coaches, auctions for property sales, gambling dens, court rooms and meeting rooms and of course refreshments and accommodation for all travellers, tradesmen and farmers.

When Joseph Ashby visited Southam in 1890, he commented in his Leamington Courier newspaper report on Warwickshire villages that there were eleven public houses, which was quite out of proportion to the size of the town.

When he queried the townsfolk on this by asking “Is there much drunkenness?” he was told “Not as much as there used to be.”  “But is there much?”   “Well, there’s a good bit of drinking,” which perhaps speaks for itself! Much of the life of those public houses is recorded through the victualler’s licences, trade directories and census records, but for some, more is revealed in the local newspapers, where stories of mayhem, mystery and even murder were diligently recorded for their readers.  Stories that must have had Southam tongues wagging on market days and been repeated by drovers and coachmen many miles and counties away from their source.

The photograph shows The Black Horse Inn which used to stand in Warwick Street, next to the Churchyard.  If you would like to know where all those other public houses were, our summer exhibition “A Pint of Ale” opens on Carnival Day (Monday 29th May). We will have a map, and our guide book will take you on a heritage trail around Southam to see them.  As for those stories? Well, come along to the exhibition and find out for yourself.

Southam Heritage Collection is located in the basement of Vivian House, Market Hill.  We are normally open on Tuesday mornings from 10am to 12 noon and Saturday mornings when an Exhibition is on.  For more information please see our website www.southamheritage.org email southamheritage@hotmail.com telephone Bernard on 01926 613503 or Linda on 01926 814214. 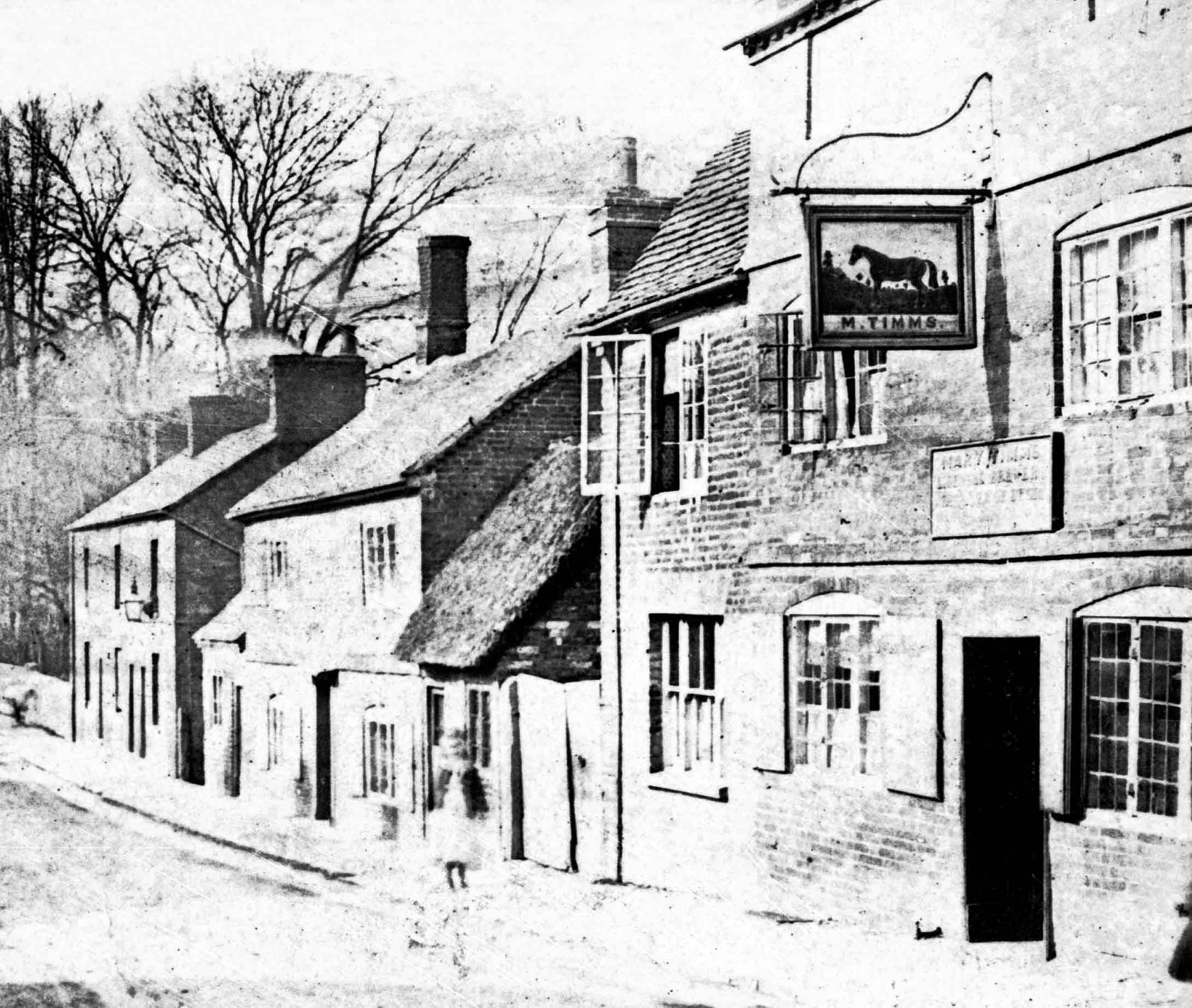