The Many Fires of Southam

CARDALL’S CORNER – The Many Fires of Southam – March 2017 By Linda Doyle The original town centre of Southam has changed for many reasons over the years, but the most abrupt and sweeping changes have been caused by fires. Although not on such a scale as the Great Fire of Warwick in 1694, the reason a fire started and spread in Southam was no different, and the result was the immediate destruction of the old, and then a rebuild in more modern materials and style. The thatched roofs and wooden frames of early mediaeval cottages succumbed to sparks from fire used for lighting, heating and cooking. Chimneys set light to thatch, unguarded fires set light to the rooms, and fires from tradesmen’s occupations set light to their workshops. In an era before our modern quick-responding fire services, the methods used to put out a fire were the smothering of flames and dousing with buckets of water. This often made very little impression and once the flames had taken hold, it would have been almost impossible to stop a house from burning down. One of the earliest recorded fires at Southam was the one started in the Tannery in 1657, when a bad fire spread to three adjoining houses. Then in 1707, four of Southam’s charity houses burnt down and were rebuilt. When some cottages belonging to the Parish burnt down in 1814, the National School was built where they had stood. The National Society paid £100 towards the new building and the rest was raised by public subscription. The largest and most devastating of Southam’s fires was in 1742, when much of the town centre was burnt down. At least 30 houses and several lives were lost. Fortunately, or possibly to the detriment of other houses, the Manor House on Market Hill and The Olde Mint public house were both saved. The fire was reported to have originated in John Bissell’s maltkiln and as a result there is very little of mediaeval Southam left to see today. Much of Market Hill and High Street were rebuilt in the Georgian style and many buildings were cement rendered. However, if you take a walk down Daventry Street you will notice the variation of building materials along the way. Have a look at the end wall of The Brook (formerly The Market Tavern and before that, The Crown). This shows that the end cruck frame and front wall were raised to change the roof from combustible thatch to tile. Also, along Warwick Road (and some distance from the destructive fires of the town centre,) numbers 24 to 26 are lovely examples of a black and white mediaeval house dating back to the early 15th century. As for the extent of the devastation in 1742: the equivalent of one third of the town was burnt down. The Hearth Tax for Southam in 1663 listed 105 houses, not including the hovels of the very poor. So at the time of the great fire 78 years later, the town was only marginally bigger. First published in the District Advertiser, Southam edition, March 2017. 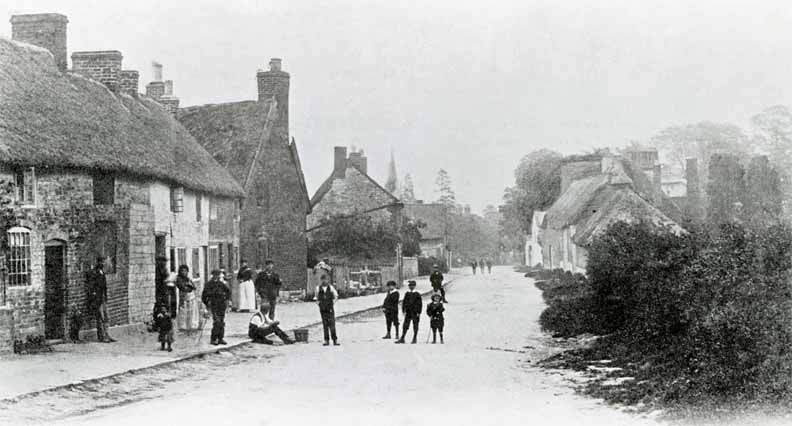