Jurassic and a Grandfather Killed in WW1

ON THE TRACKS OF A GRANDFATHER KILLED IN WORLD WAR ONE

A holiday visit to the Lincolnshire Coast has enabled a Bedworth couple to see a historic steam locomotive on which an ancestor worked in Warwickshire – and ride in a First World War railway wagon in which he may have travelled to the trenches in France before his death in action.

Pam and Roger Biggs visited the Lincolnshire Coast Light Railway in Skegness during a recent holiday.

Pam’s grandfather was William Frederick Hancocks, born in 1888, who prior to the First World War, worked at Kaye and Company’s cement works in the village of Long Itchington, near to Southam  in Warwickshire. The site is still working and is now owned by Cemex.

One of the steam locomotives with which he worked  at Kaye’s quarry is Jurassic – one of six similar narrow gauge locomotives built by the Bristol Company, Peckett and Sons, to take limestone from the quarry to be made into cement. Jurassic was built in 1903 and after being taken out of service in 1956, was sold five years later to the newly-established Lincolnshire Coast Light Railway, then recently opened at its first site in Humberston, south of Cleethorpes: the first heritage railway in the world to be built by enthusiasts on a greenfield site.

The loco was stored after the Humberston site closed in 1985. In 2017 Jurassic was restored and returned to service with the help of a £43,000 Lottery grant and operates trains on the railway in the Skegness Water Leisure Park. Three other similar locomotives have survived – one each on the Statfold Barn Railway, another on the Bala Lake Railway in Wales and a third, dismantled, on the Bromyard and Linton Light Railway in Herefordshire.

Jurassic is owned and maintained by a charity, the LCLR’s Historic Vehicles Trust – as is a War Department Light Railways’ “Class D” bogie wagon built by Claytons of Lincoln, used to transport soldiers, ammunition, food, medical supplies and hay to the front line trenches in World War One. It too has been restored and converted to a disabled-access carriage by the LCLR’s Trust with another £43,000 grant from the Lottery, through a nationally televised contest run in conjunction with their People’s Millions project.

William Frederick Hancocks is known to have enlisted in the Coldstream Guards and took part in the third battle of Ypres (more commonly known as Passchendaele), fought from 31st July – 10th November 1917 for control of the tactically important ridges near that western Belgian town.  It is estimated to have cost the British 300,000 casualties; the Germans 200,000. 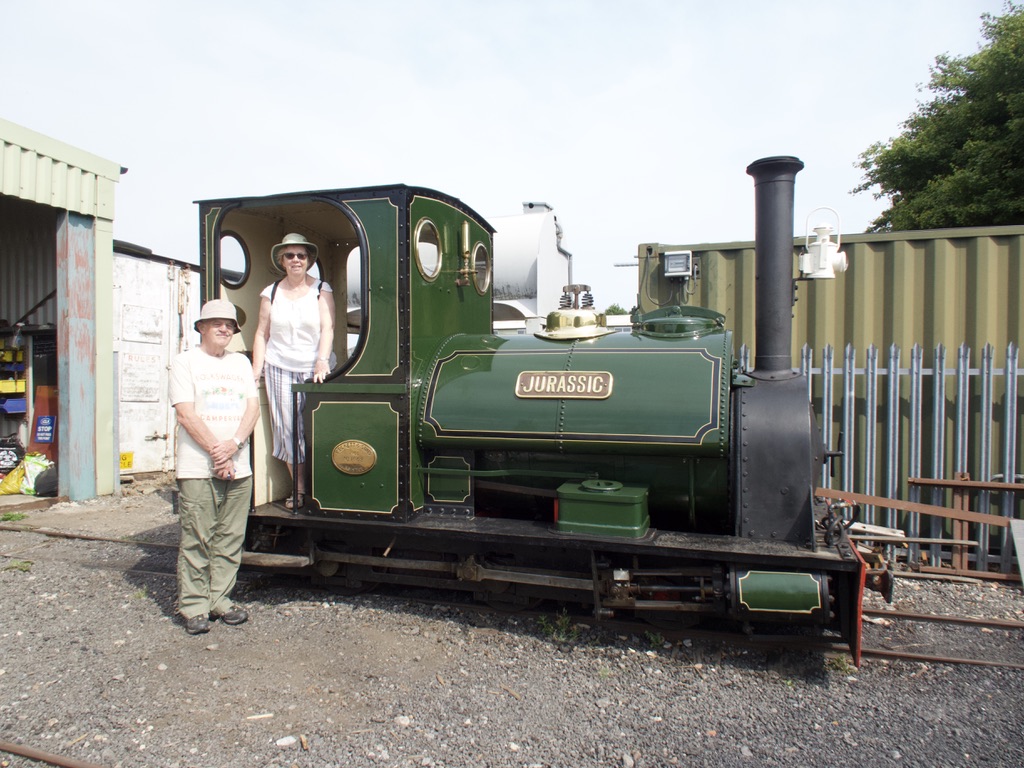 Pam and Roger Biggs on the footplate of the 1903 vintage steam locomotive Jurassic, with which Pam’s grandfather worked at Kaye and Company’s quarry and cement works in Long Itchington, near to Southam in Warwickshire, before enlisting in the British Army in World War One – which he did not survive. Photo: John Raby.

Pam is aware her grandfather had been able to enjoy some home leave in 1917, after which his wife began to expect their second child Freda Jessica (Pam’s mother) – but he was killed in action on 21st September 1917 and never saw his daughter. William’s brother Jesse had also been killed earlier in the same year whilst serving in Mesopotamia (modern day Iraq). Having lost two sons, Pam’s great-grandmother Eliza Hancocks contacted the War Office and asked for the release of 18-year-old Frederick, her youngest son, who was serving in Egypt. This was granted but he had to make his own way home.

Frederick also worked at Kaye’s after the war but unfortunately died at the works in 1958 when he was 60.

Pam and Roger have been to see William Frederick Hancocks’ name on the memorial to the fallen at Tyne Cot (Belgium) and now, seeing both Jurassic and travelling in a WDLR wagon, more or less identical to the one in which he would have made his final journey to the front line, has been a poignant moment. Pam also has his medals from the campaigns in which he fought (including the Battle of Passchendaele.) The War Office had begun to operate a huge system of light railways to supply the front with men, munitions, food and medical supplies – a system in use by other combatant nations, which could be traced back to the Franco-Prussian War, but which the British were slow to recognise their importance in moving men and supplies to and from the front.

Pam said: “It was a remarkable experience at Skegness  to see two significant relics from my grandfather’s life. We were made very welcome by everyone on the Lincolnshire Coast Light Railway, and  we realise we are now very much part of the history of this unique heritage railway”.

About Lincolnshire Coast Light Railway Historic Vehicles Trust (Registered Charity No. 514443): The Trust owns and operates a number of historically significant narrow gauge railway vehicles, which it has restored and now displays at its base on the Lincolnshire Coast Light Railway, in the Skegness Water Leisure Park, in Walls Lane, Ingoldmells, Skegness PE25 1JF. The collection, which has earned awards for the quality of its restoration, includes an ambulance van, bogie and 4-wheeled wagons used in the trenches of the World War One battlefields and later, on agricultural railways in the Lincolnshire Fens and at the seaside – as well as locomotives from industry, such as Jurassic. The collection includes a disabled-access adapted bogie wagon from the trenches which gives passengers an idea of what it was like to travel to the front line. 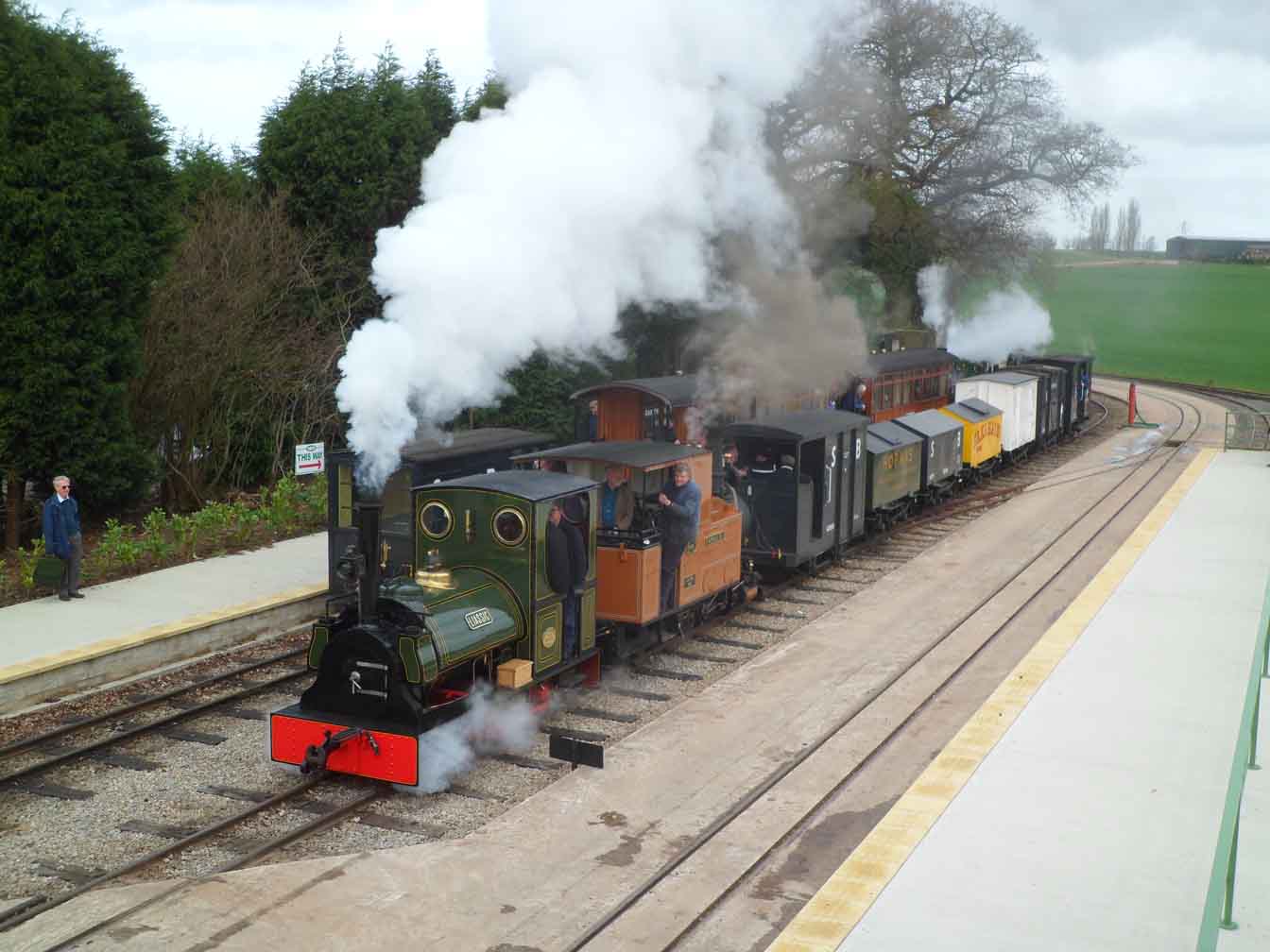 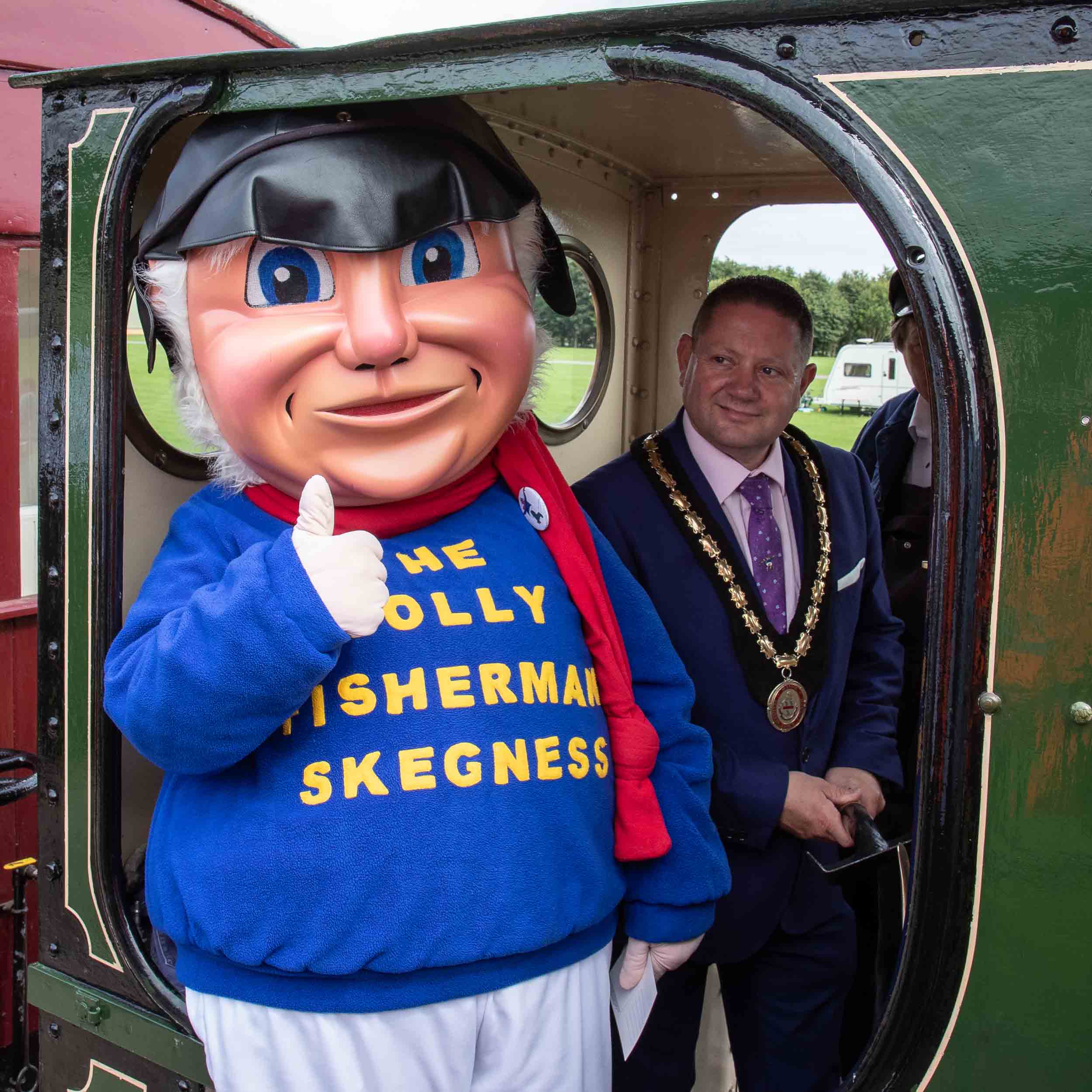 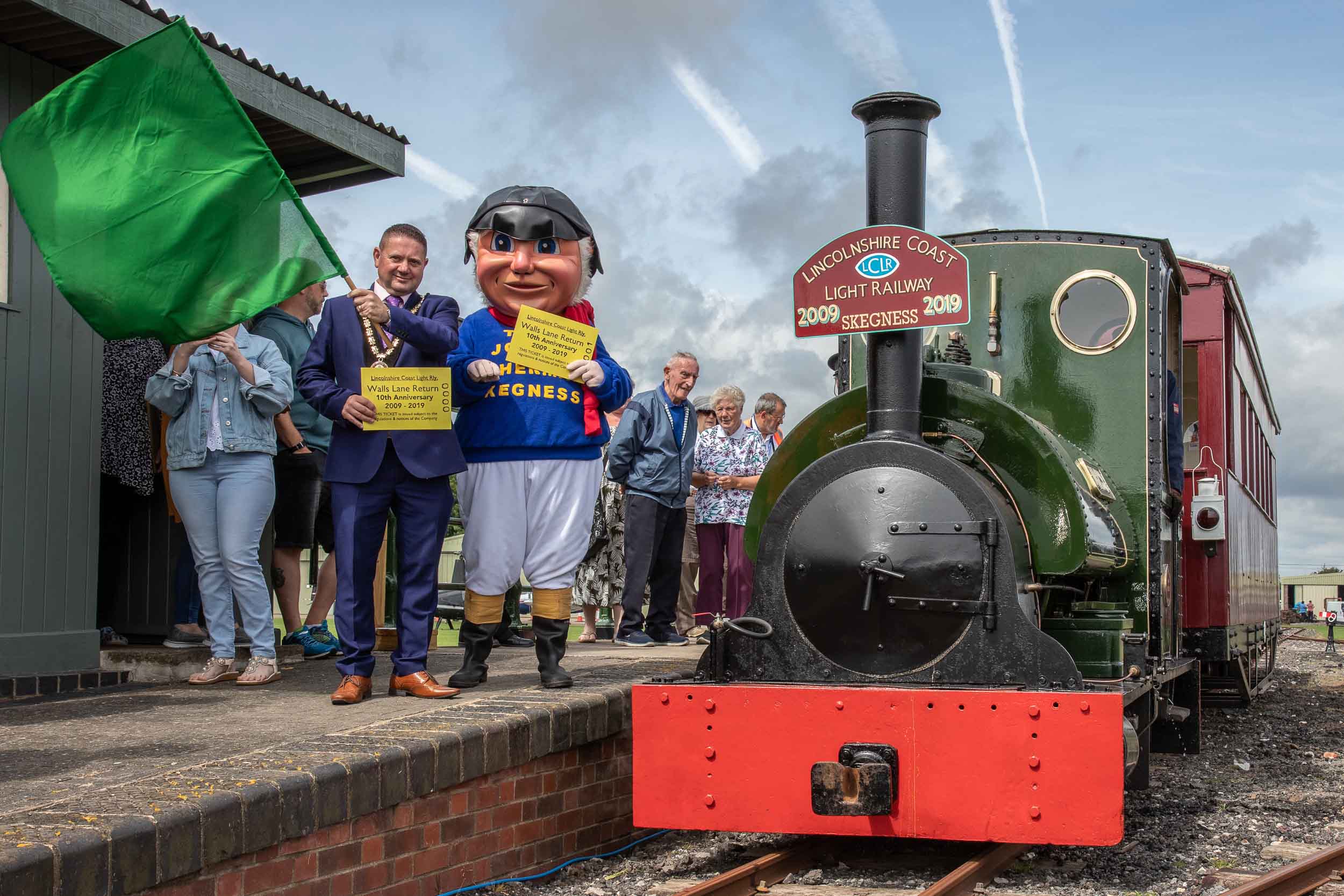 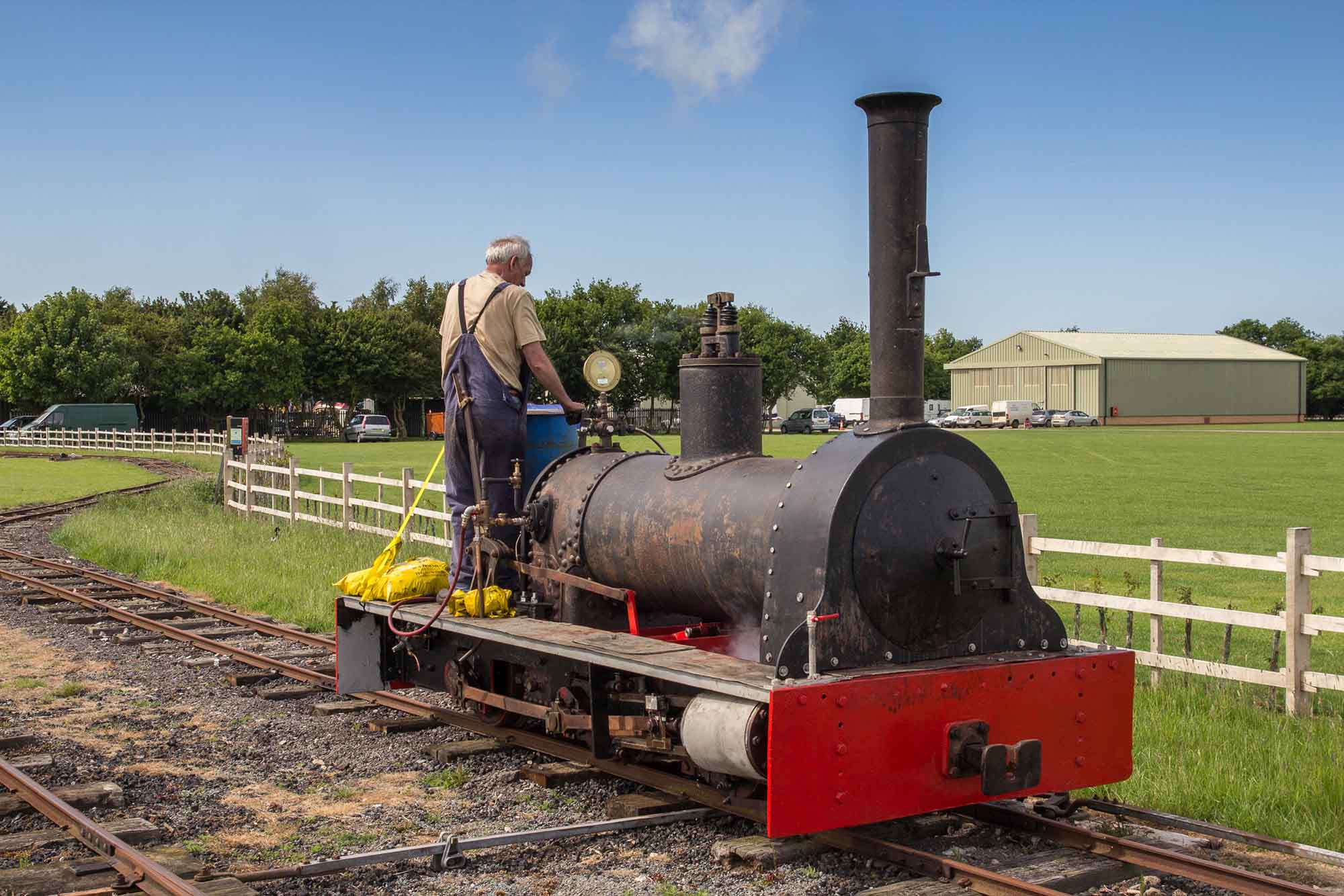 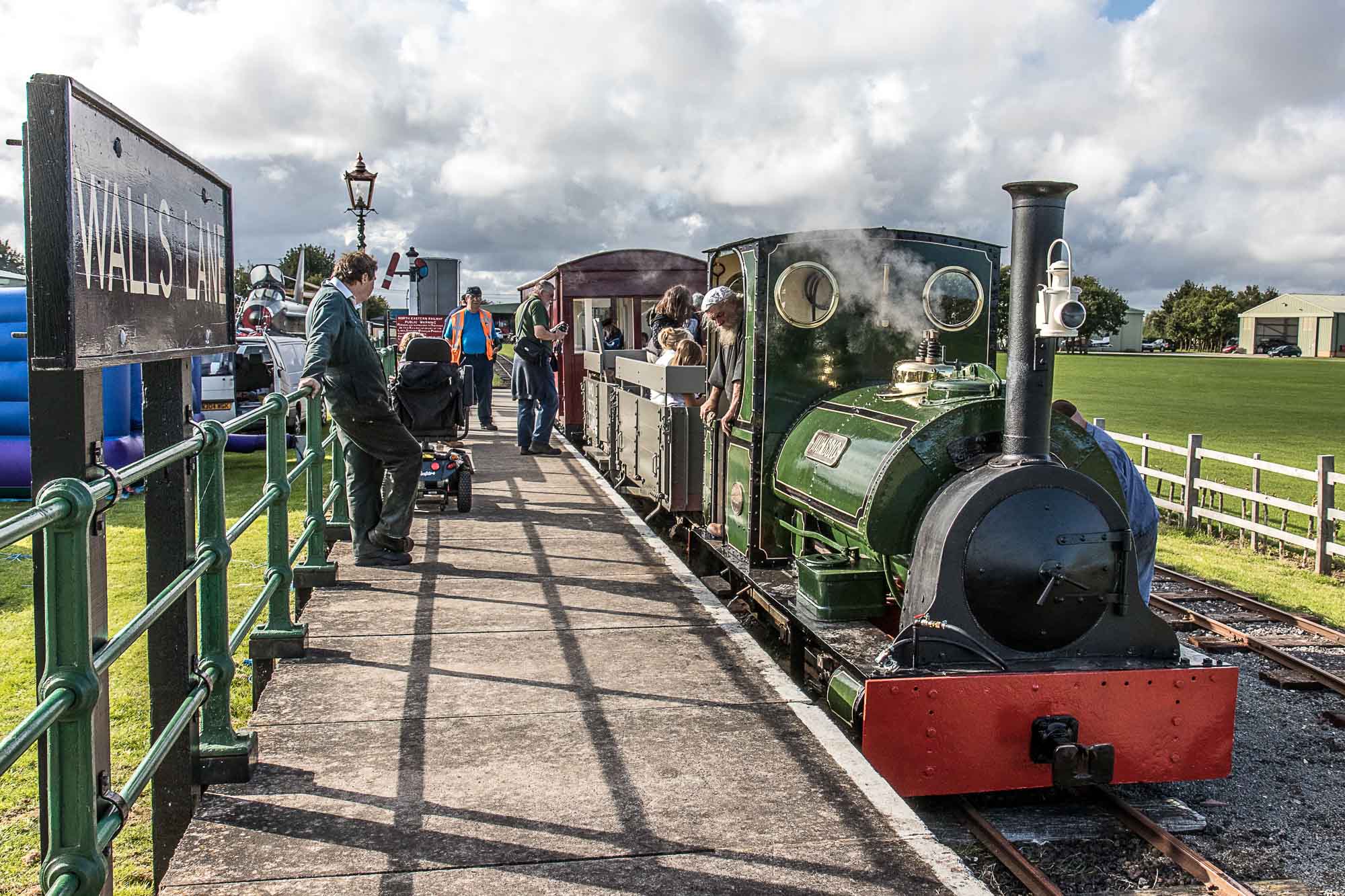 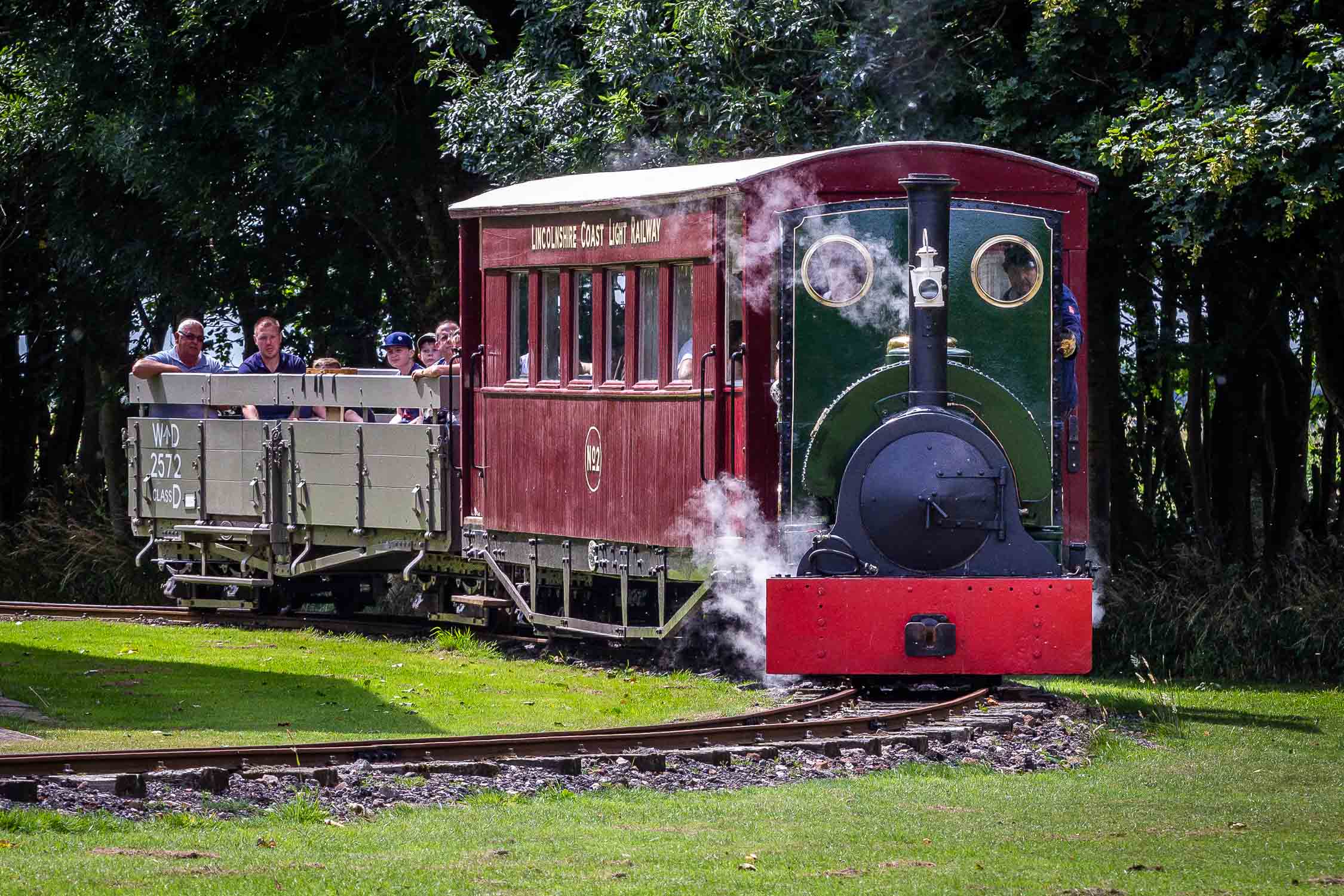 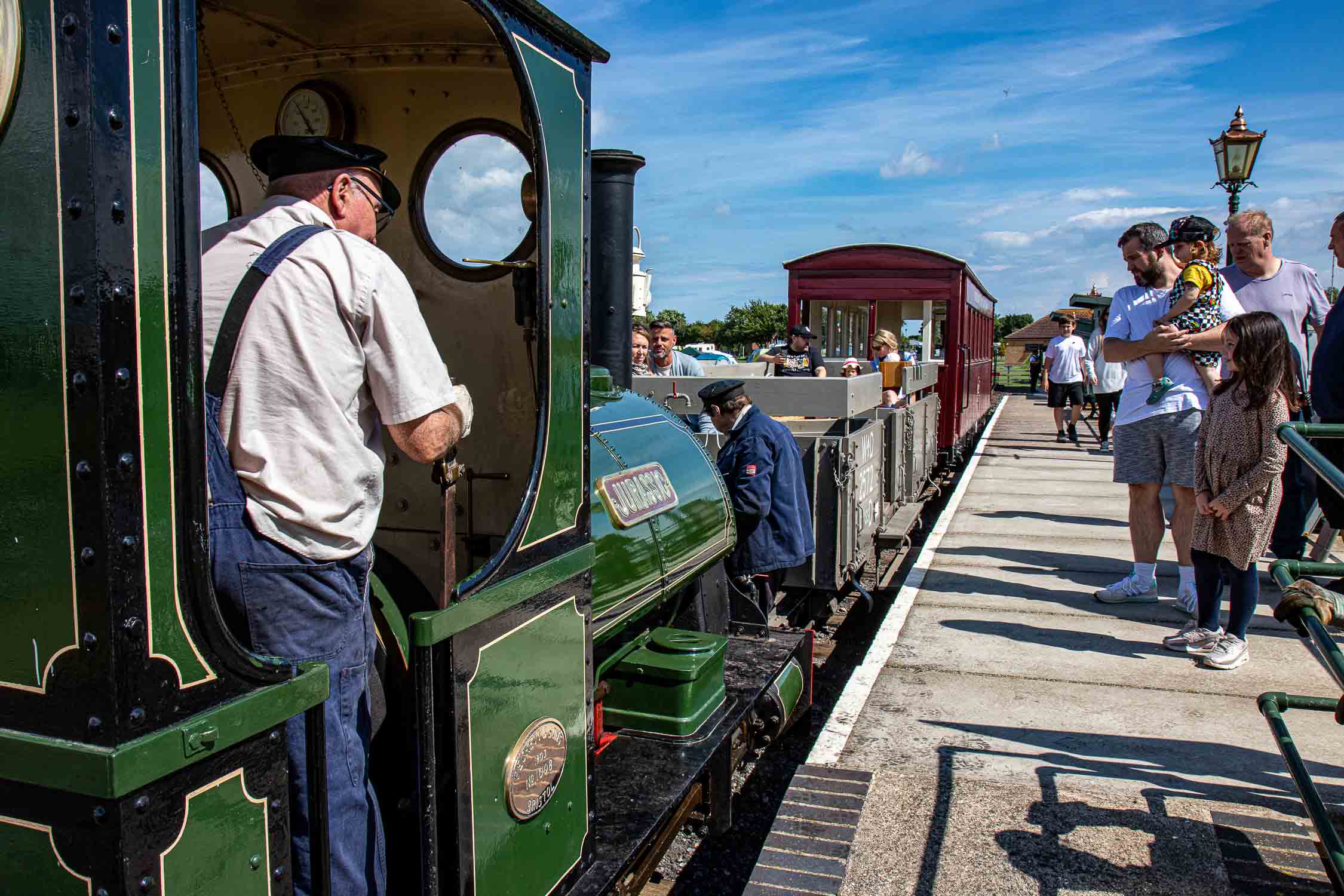 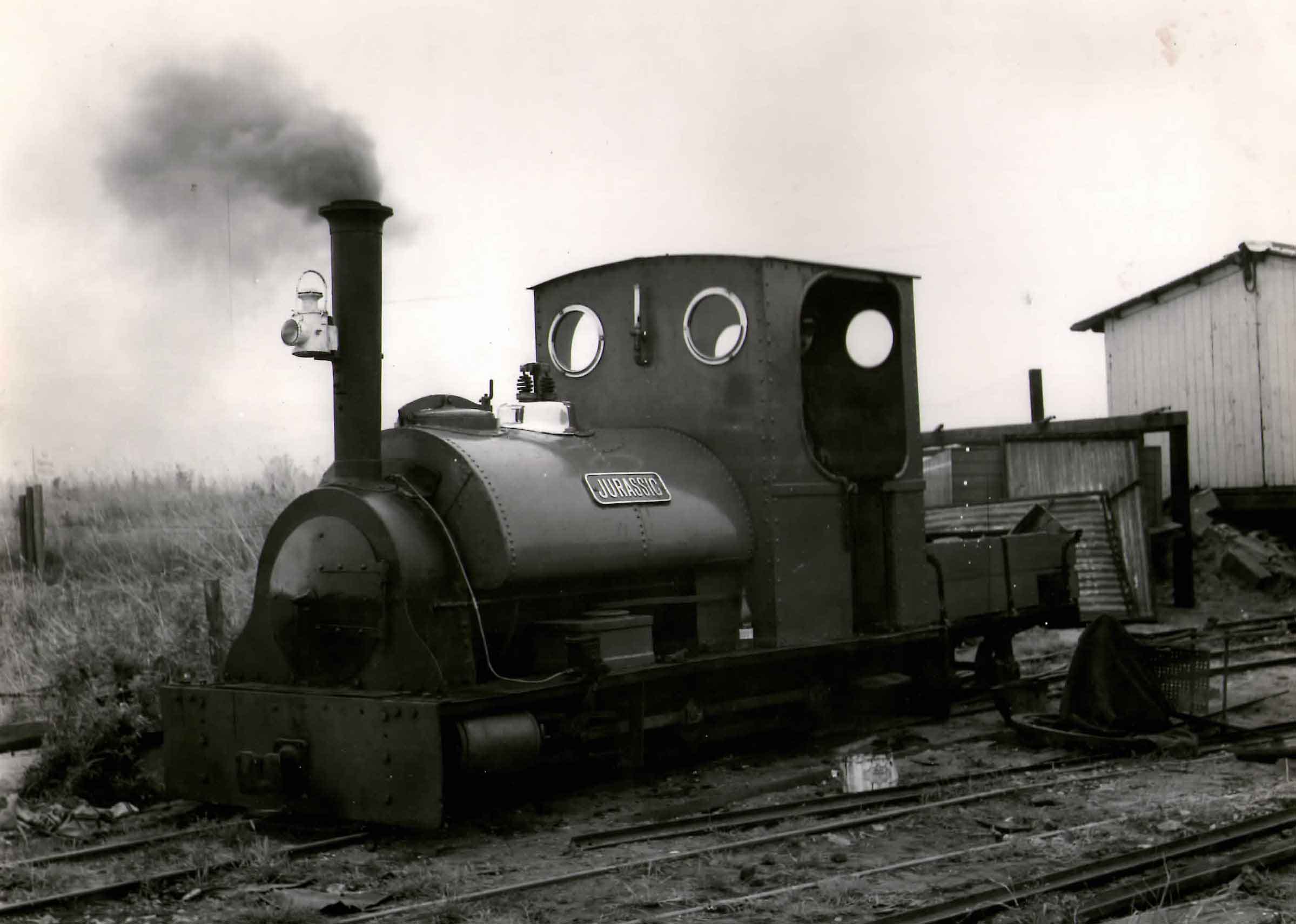 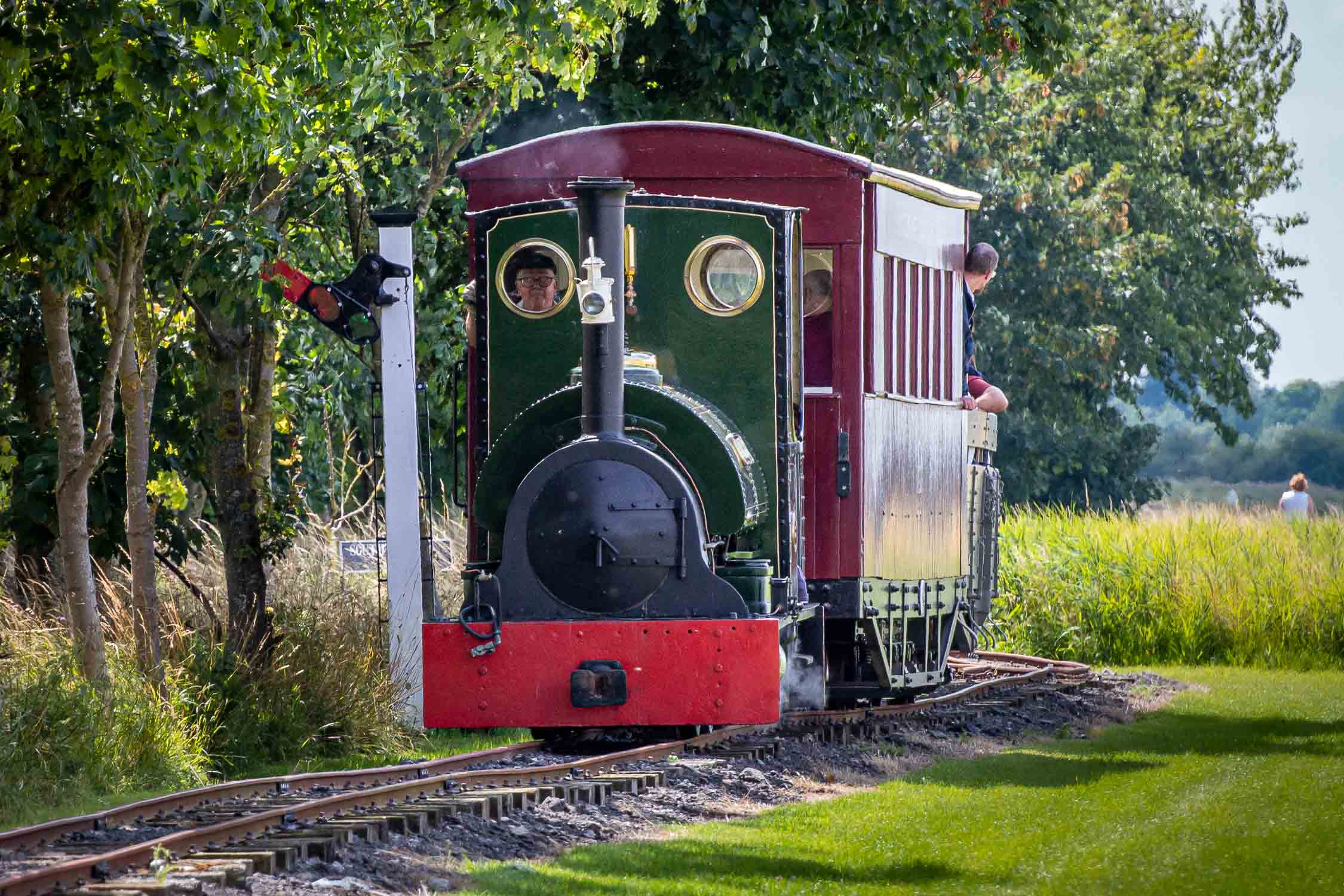 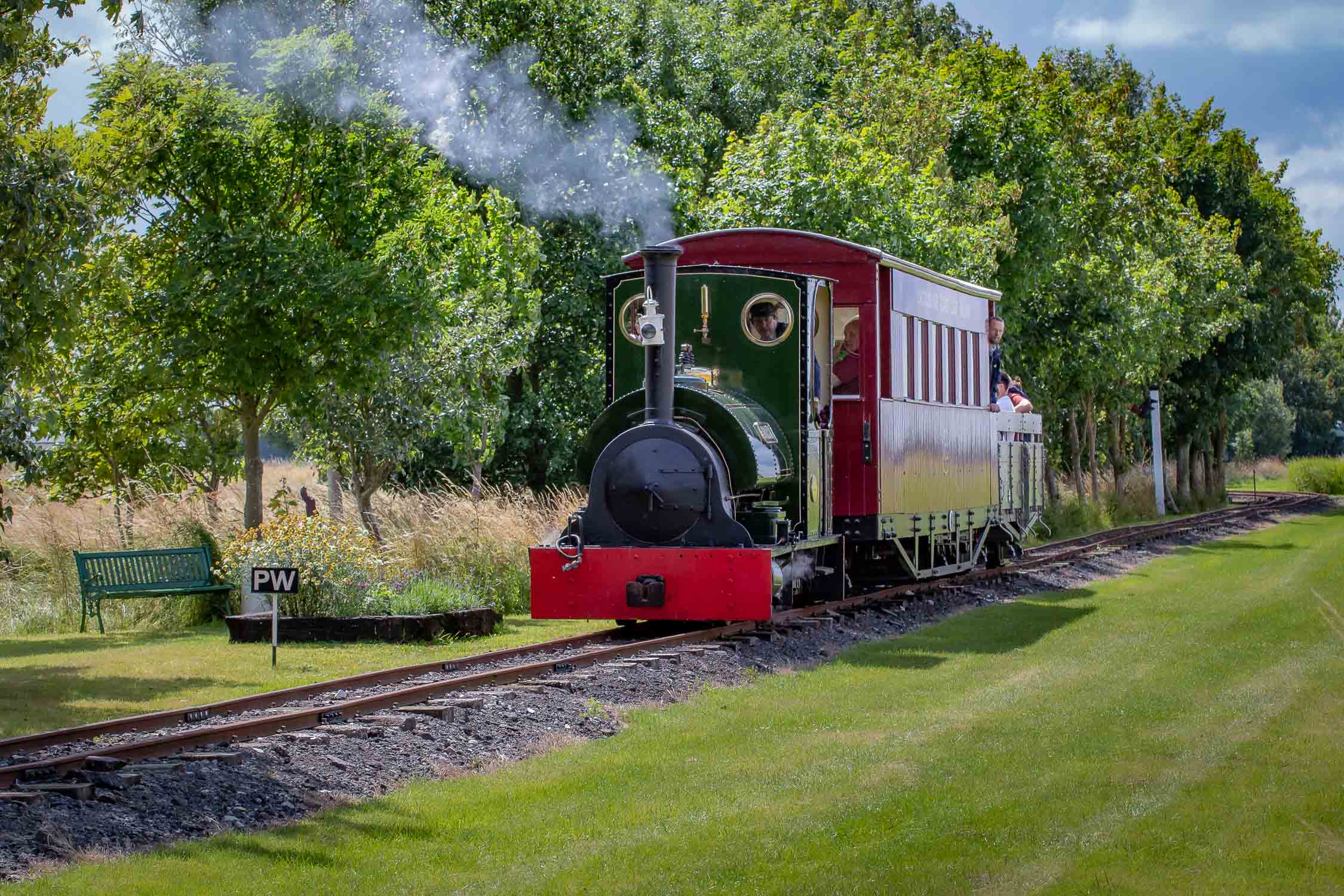 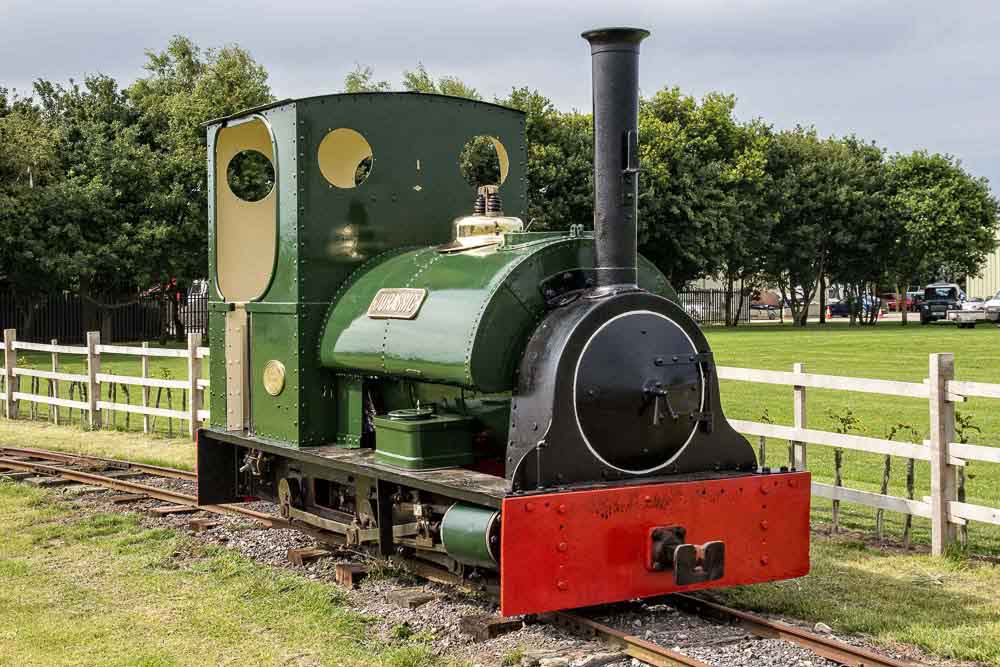 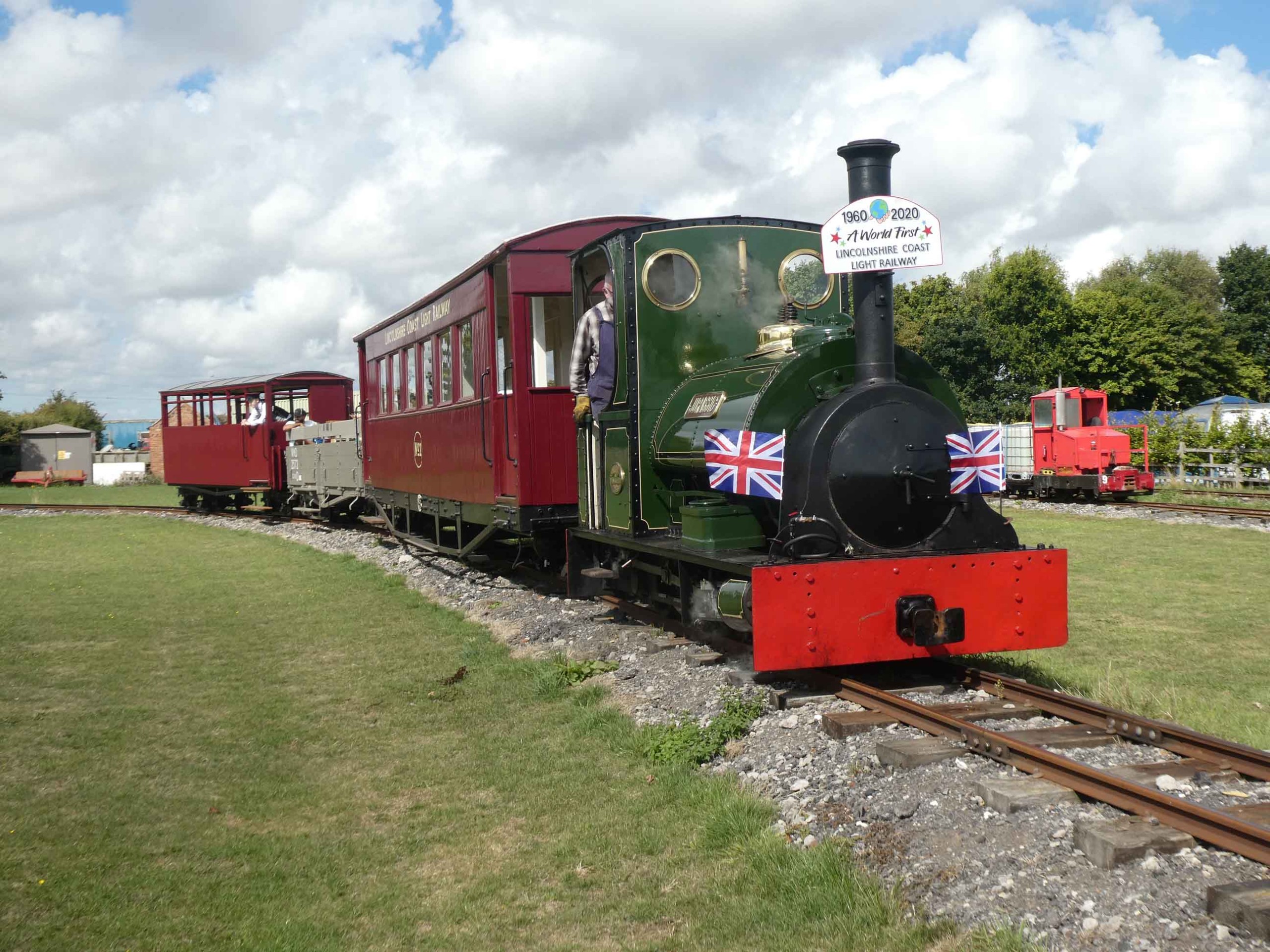 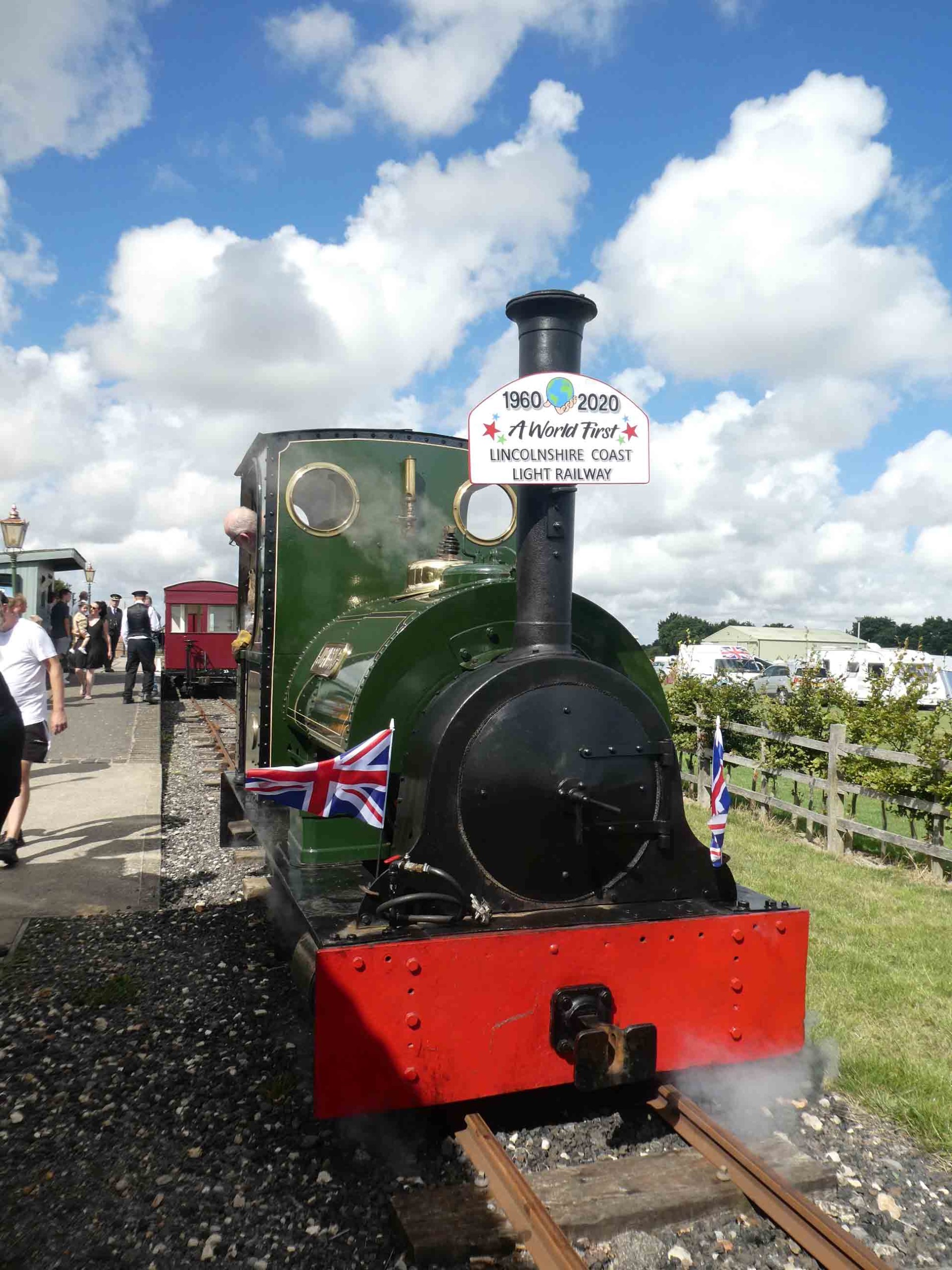 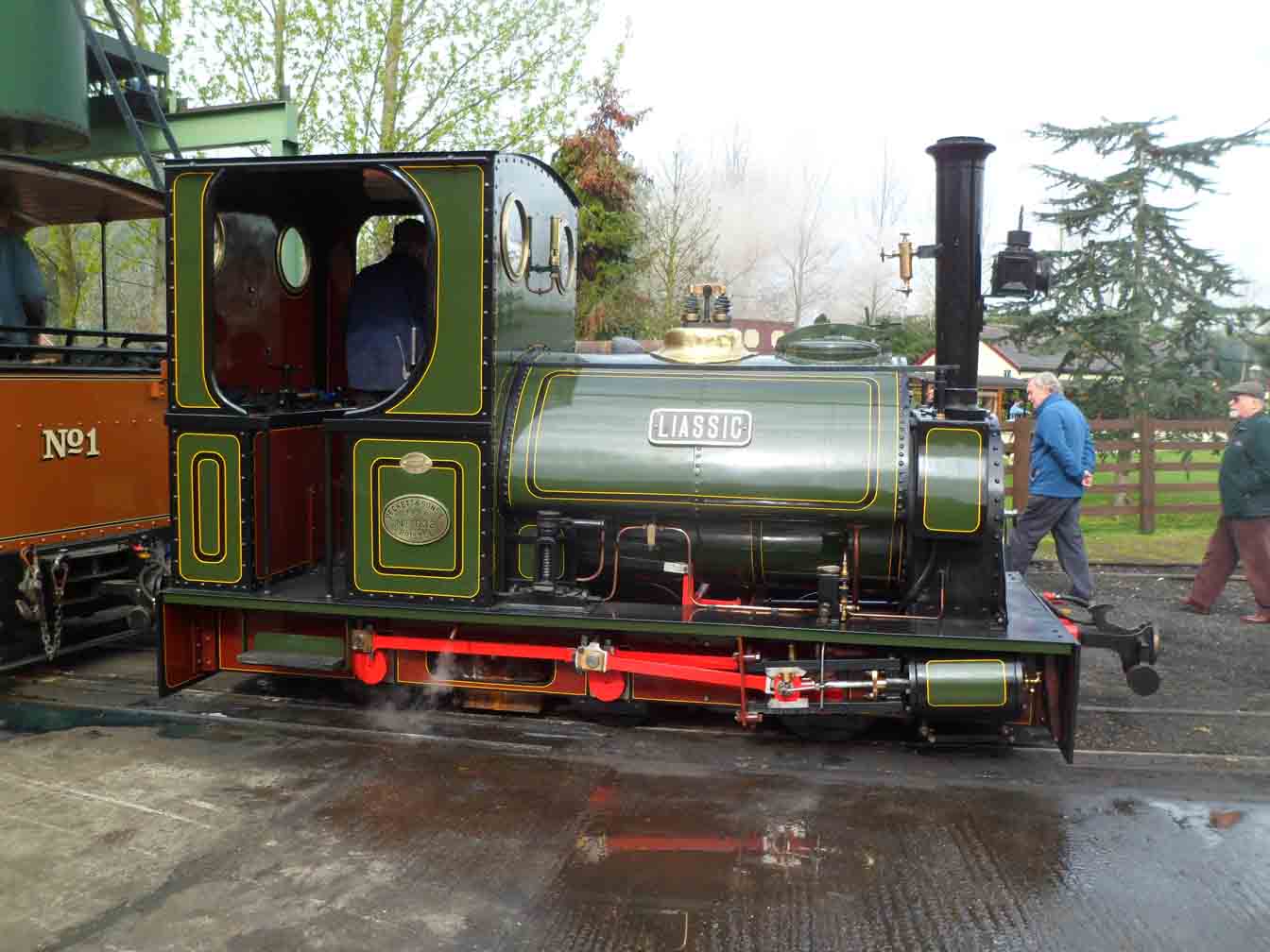