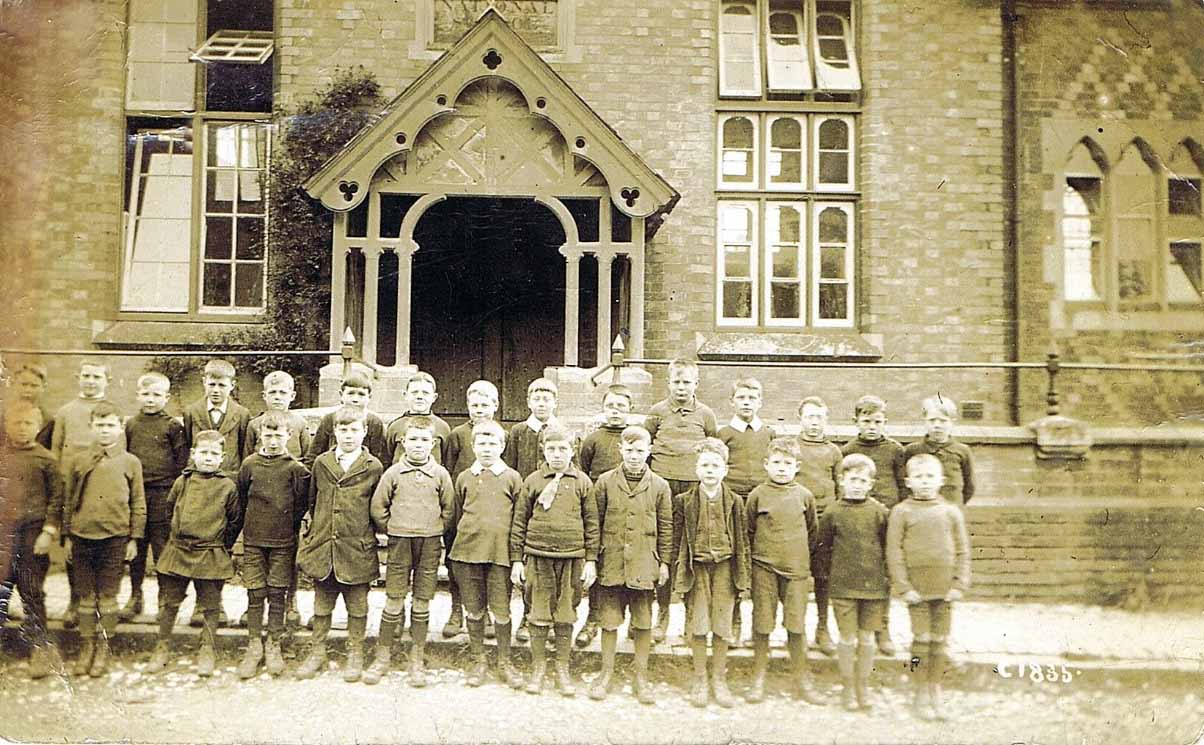 Prior to that there were Charity schools and small private schools ‘for young ladies’.  In School Street (formerly Water Lane) there are two buildings that were originally Southam’s Infants and Junior schools.  One is now a nursery, and on the opposite side of the road, the other is the home of Southam Sports and Social Club.  There was also a third school in Pendicke Street (where the Clinic is now) which was the Girls Junior School, and subsequently the Infants school from 1963.

Committee member, Pam McConnell remembers attending all three of these schools in the 1960s. Firstly as an infant in School Street, then as a junior in the girls-only Pendicke Street building, and after 1964 moving into the amalgamated co-educational Boys and Girls Junior School under the headship of Mr Gibson. The teachers she remembers most clearly from that time were Miss Parsons, Mrs Edkins, Miss Hobley, Miss Bates and Mr Lyons.

Barrie Hayles, Deputy Head (and later Head) of Southam Middle School, recounts that from 1969 the prospect of a brand new Junior School for the town was being excitedly talked about. There was so much wrong with the three buildings around School Street that new schools were very much overdue. 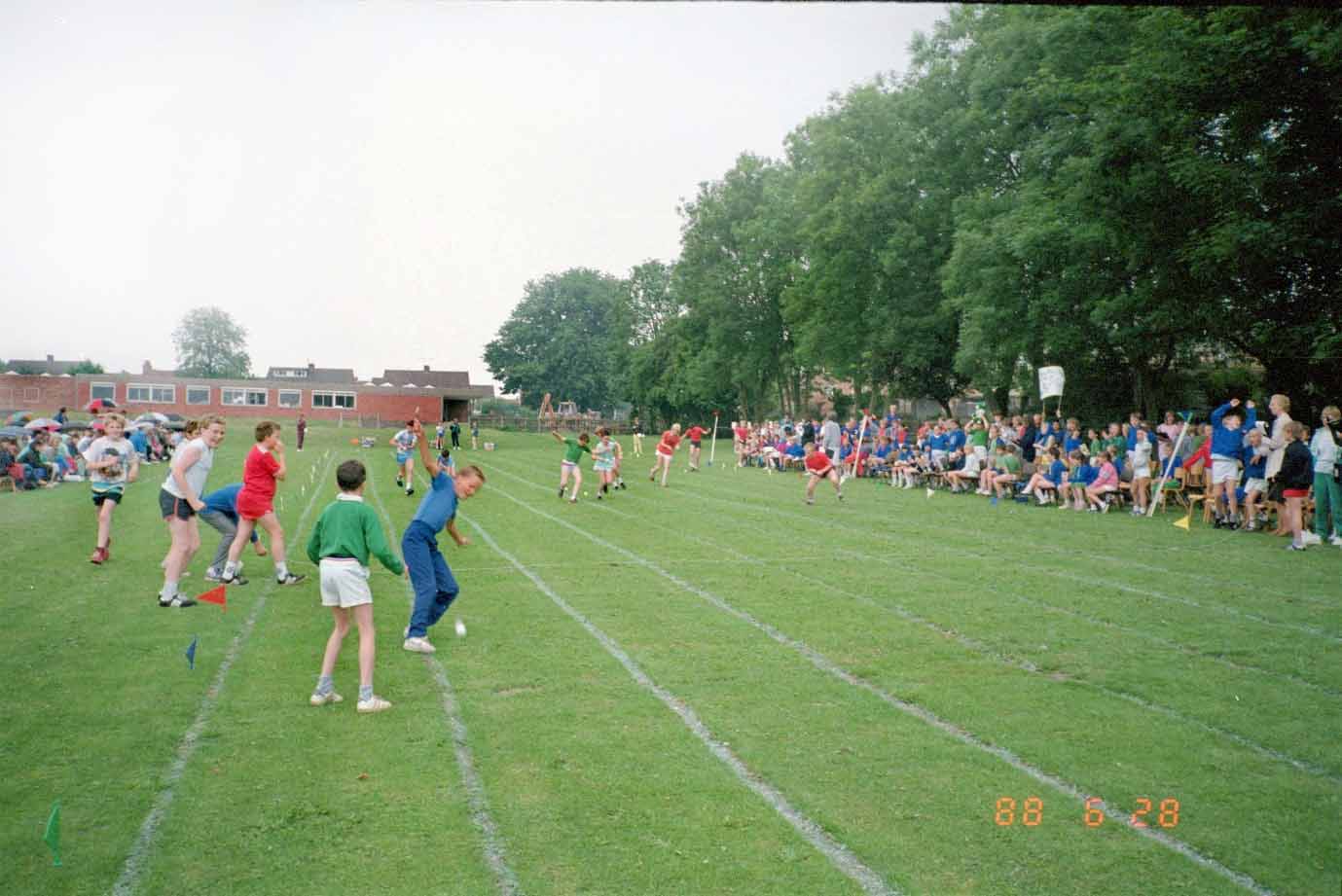 However when it came to finding a site, there wasn’t one big enough within the town to have its own playing fields, and the Local Education Authority wanted a central site. In the end the only site that could be found was sub-size at St James Rd.

After much argument the site was accepted but on condition that playing fields would be found for the school.  This led to a compulsory purchase of land west of Southam High School. Pupils and staff had been walking up from the old premises in School Street to St James Rd for field space and now, to much disappointment, this had to continue from the new premises.  The Infants moved to what is now the Graham Adams Centre in 1967, and the Juniors moved in phases to their new school on the corner of Welsh Road West between 1972 and 1974.

When 1974 brought re-organisation for Central Area schools, from Infant/Junior to First/Middle, there was yet more disappointment. Warwickshire didn’t have sufficient funds to provide all the new buildings needed for Southam Area schools. The result was that re-organisation was put off until 1979.  Southam Junior School hence was the only Junior School in the County from 1974 until 1979, albeit housed in a purpose-built Middle School building.

The construction of the Middle School took place in two phases, so that the school was operating in two separate sections for some time. The specification of the building changed between the two moves and imperial measures also changed to metric, so the first phase had differently sized bricks from the second phase. You may notice this in the building today, and there were ceiling leaks at the join!

The new building was arranged in an adapted open plan arrangement – a big change from the quieter closed classrooms of the past. A courtyard in the centre with a garden made it a pleasant place to work and there were new spaces for specialist subjects such as music, craft work and science. 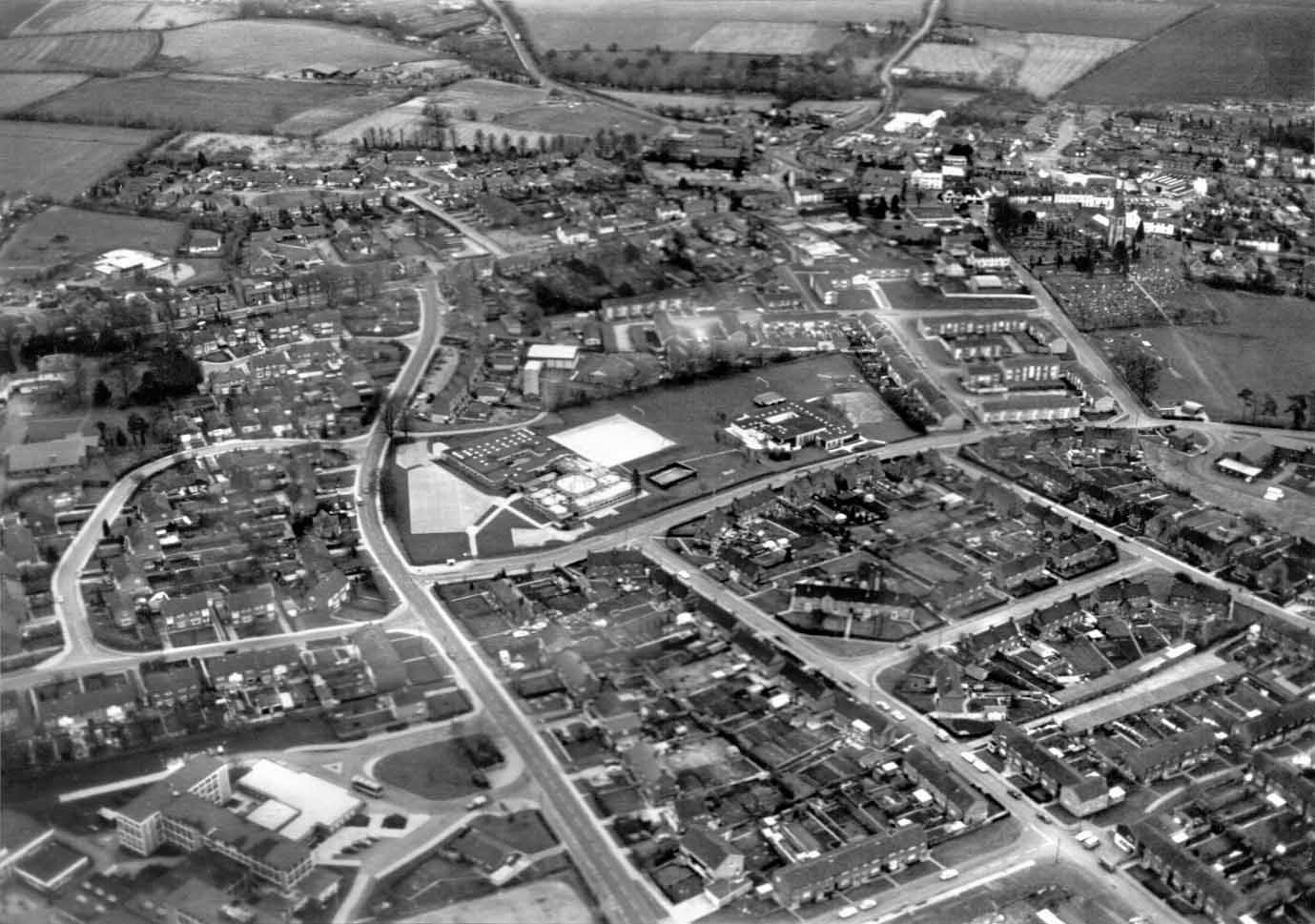 From 1979 French was also added to the curriculum and extended teams of peripatetic music teachers were engaged.

Another important change came much later. The ultimate punishment for bad behaviour in Southam Schools was the slipper or the cane. According to a school punishment book in Southam Heritage Collection, Mr Linley, Head of the Boys Junior School in the 1930s, had used both quite often.

In the 1970s the banning of the cane was being hotly debated. There was still much support for keeping physical punishment.  Reportedly, the congestion caused in the streets of London by the wedding of Prince Andrew and Sarah Ferguson in July 1986, prevented several MPs from casting their votes on this controversial subject.  The Bill was passed by only 231 votes to 230, and in 1987 physical punishment was banned by law in all state schools in England and Wales. Private schools followed suit in 1999, Scottish schools in 2000 and lastly Northern Irish schools in 2003.

We have very few photographs relating to school life or the buildings between the 1940s and 1970s – if you have any photographs or stories about schooling in Southam from that period that you would like to share,  please do get in touch.