Until recently, I thought Pip Squeak and Wilfred were (only) cartoon characters from the 1920/30s. They were on a comic strip in the Daily Mirror newspapers children’s column from 1919 right up until 1956 and, in the early days, also in the Sunday Pictorial. Pip was a dog, Squeak a penguin and Wilfred a rabbit. The series was created by Bertram J Lamb, (also known as Uncle Dick) and illustrated firstly by Austin Bowen Payne. The three animals had many exciting adventures over the years.

Last summer while cataloguing at the Southam Heritage Collection at Vivian House, we came across some recently donated medals from the First World War. There were five on a bar and three miniature ones and some helpful notes which mentioned nicknames given to medals: Pip, Squeak and Wilfred.

The five main ones were the 1914-15 Star, the British War Medal and the Allied Victory Medal together with a World War II Defence medal and a Service Medal of the Order of St John. Our recipient was Private H Reginald Strickland 58842, who was a conscientious objector in WW1 and served in the Royal Army Medical Corps. (Presumably he received the latter two much later). The name, rank and service number of the recipient is engraved round the rim of each medal.

From the Internet we found that the Mons Star 1914, (nicknamed ‘Pip’,) was awarded by King George V in April 1917 to those who had served in France or Belgium between August 5th and November 22nd 1914. It was given to soldiers, sailors and medical staff.

Also known as ‘Pip’ was the 1914-15 Star which was issued to all who had served in any theatre of war, against Germany, between August 5th 1914 and December 31st 1915. The exceptions being those who were given the 1914 Star, the Africa General Service Medal or the Sudan 1910 Medal.

Whilst looking into Pip Squeak and Wilfred, we also discovered that when the British War Medal and the Victory Medal are awarded (with the Star) they are sometimes referred to as ‘Mutt’ and ‘Jeff’. Mutt and Jeff were American characters who featured in a long running comic strip which started in the sports pages of the San Francisco Chronicle in late 1907. Originally Mutt was a greedy, fanatic who gambled on horse races and was joined by Jeff, a lunatic asylum inmate, who shared this passion. Later they developed other mad, money making, adventures. 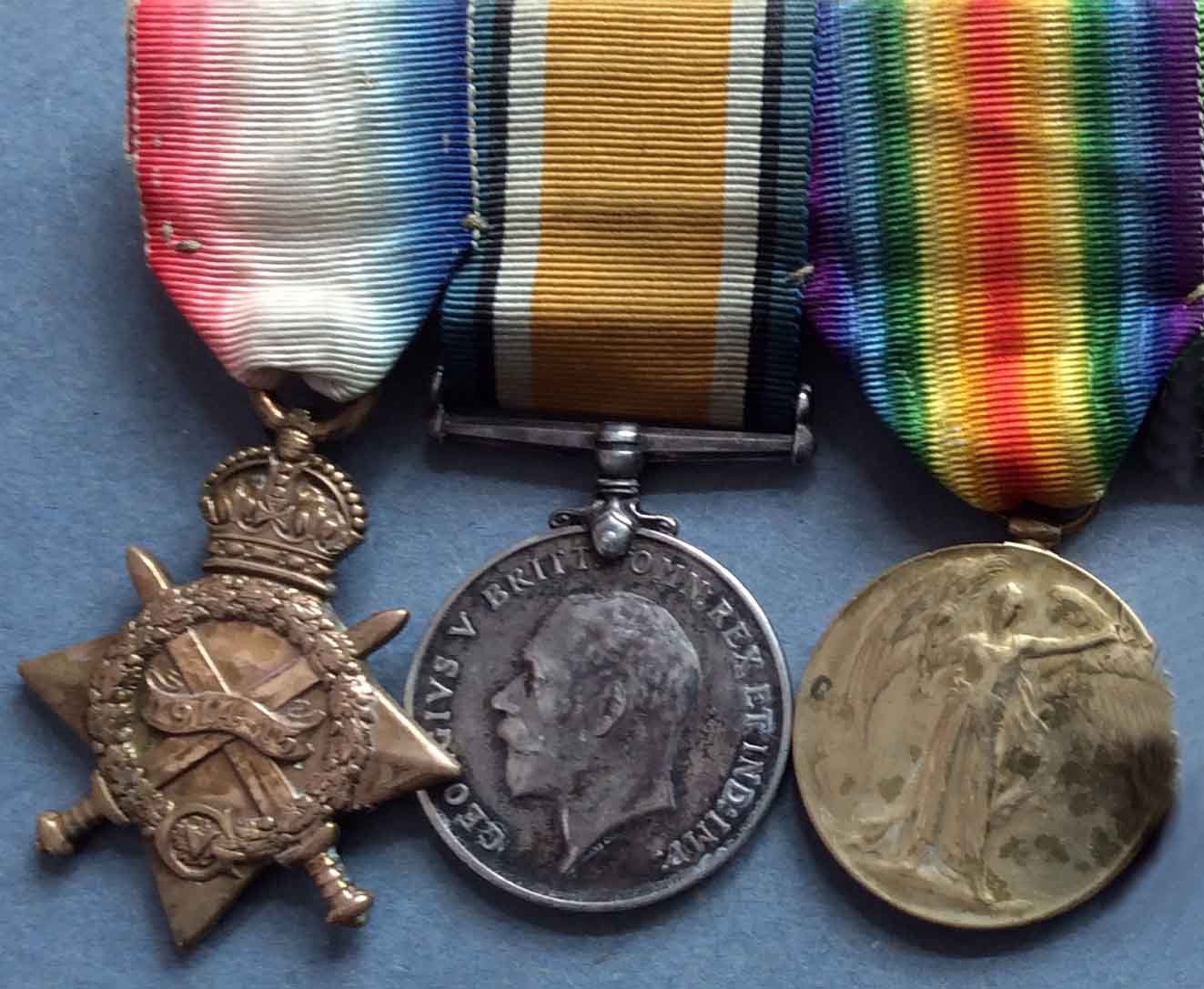