Fred Abel – One of life’s characters 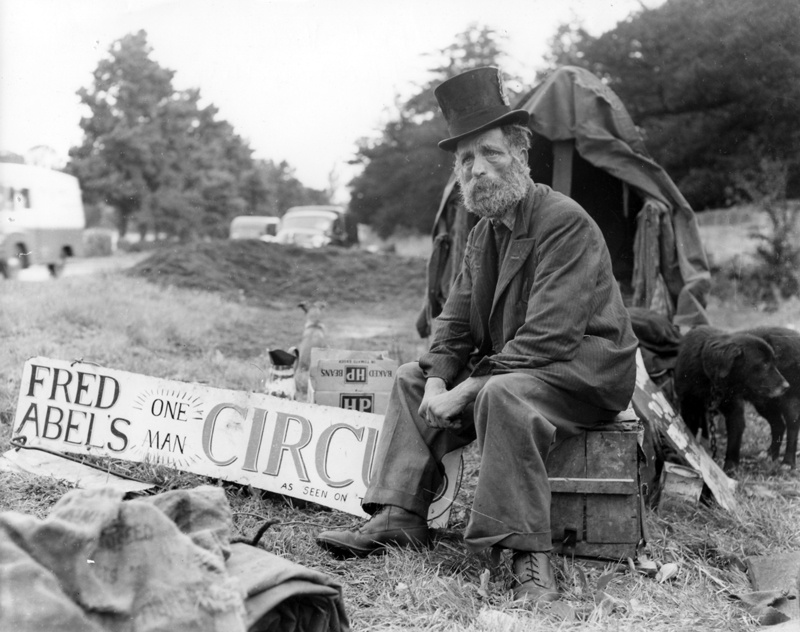 Camping at the road side

Over several summers, I had seen Fred Abel and his entourage camped by the roadside near Southam. One day back in the 1970’s I again spotted Fred camped on the grass verge at Kites Hardwick and pulled up to have a chat with the little man.

Fred appeared to live in a small bow-topped caravan covered by a tarpaulin and which was pulled by two white donkeys which when not on the road were tethered to a stake. He told me that their names were Benjy and Bill. He also had several dogs of indeterminate breed. A hand-painted sign on the caravan proclaimed ‘Abel’s Animal Antics’ and another ‘Fred Abel’s one man circus – as seen on TV’. I was rather mystified as to exactly what sort of performance Fred put on. After some rummaging in the van, Fred produced a number of tame white rats which he said were the stars of the show. He told me that he also had a flea circus in a glass-lidded box in which a flea rode a tiny chariot. So that was the show that Fred travelled with through the highways and byways of south Warwickshire and Oxfordshire each summer. He proudly showed me an ancient, wind-up gramophone with a steel needle and an old LP record which were used to augment the animal antics. 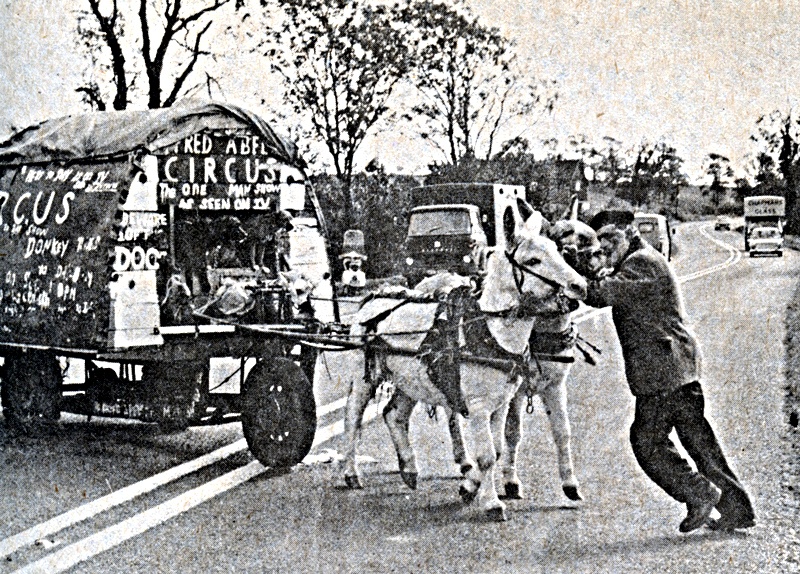 I had several conversations with Fred before he struck camp. He told me that he was a Norfolk man and that he had been on the road with his show for many years. He was a quietly spoken and inoffensive little man whose simple lifestyle endeared him to many of the people who had got to know him over the years. He agreed that I could take some photographs for the local newspaper and after harnessing Benjy and Bill and with a certain element of drama, they were gone.

In 1976 the Banbury Guardian newspaper reported that Fred’s caravan had been raided by thieves who had stolen what savings he had managed to put aside from his old age pension. The story had so touched the people who knew Fred that an appeal launched by Sir George Beaumont of Deddington soon raised more than the reported £200 that had been stolen. Fred was persuaded to give up the travelling life and Colonel Lewis from Tadmarton renovated a large chicken house on his farm in which Fred lived happily until suffering a heart attack in 1979. He died in the Horton General Hospital in Banbury in February 1982 at the age of 72.

An old historian described history as being a gallery of pictures. It is important for us local historians to add to that gallery word pictures of our own about such original characters as Fred Abel and his one man circus.