In Medieval times and for many centuries since, the miller was a valued and greatly respected member of the feudal society. He enjoyed relatively more respectable status compared to the ordinary peasants and serfs. There was a mill in practically every village which was the property of the Lord of the Manor and when villagers took their wheat to be milled the miller had to levy a small toll on each consignment which the Lord’s agent then collected. These fees were called ‘Banalities’ and in the case of Southam would have benefited the Benedictine monks of Coventry Priory who owned the Manor of Southam. The amount of toll varied but the average was one sixteenth part of the grain taken, by volume.

The earliest mill and some disasters

When the Domesday survey was made in 1086, two mills were recorded in Southam with a combined value of four shillings. Both of these would have been watermills since wind-powered mills were unknown until the early 13th century. One of the two mills is recorded as having been sited at Mill Pits near to Thorpe bridge on the Warwick Road. The first mention of a windmill in Southam is a reference to Windmill Hill in 1382. It is perfectly reasonable to assume that this mill occupied the same site as all of the other mills mentioned in this article over the following six centuries. Southam windmill is recorded in 1410 and an enclosure of Southam commons in 1625 makes further mention of ‘Myll Hill’ in Southam’s West Field, one of the old open fields in which the medieval villagers cultivated their own strips of land. It was recorded that this mill was burned down in 1740 and in 1741 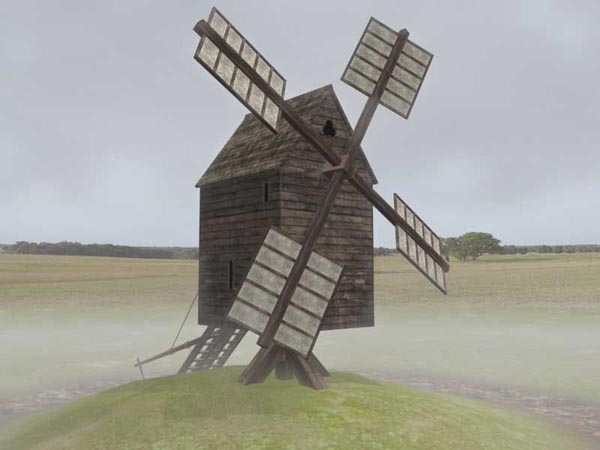 Joseph Hill of Southam, a flaxdresser, erected at his own expense a new mill on this site. Joseph Hill sold the mill to Christopher Mason of Southam who purchased the freehold in 1756. This mill was then burnt down sometime between 1794 and 1807 and in 1807 a new mill was built on the same site. In his will proved in 1813 Christopher Mason left the mill to his son William who in 1832 sold both the mill and ‘a recently erected cottage adjoining’ to Edward Kelham of Southam, miller. It was later sold to Edmund Mitchell a Leamington architect and subsequently to Samuel Haynes of Southam, miller. During Samuel Haynes’s occupation the mill building again burnt down in September 1849 and a transcript is attached of the report on the fire from the Leamington Spa Courier newspaper of 22 September 1849. It was an unfortunate fact of life that windmills were particularly vulnerable to fire. The fine flour dust in most mills could form a very combustible mixture and the mill stones could themselves generate great heat through friction if they were run at excessive speed. The earlier mills were built mainly of wood and it wasn’t an infrequent event for mills to run out of control sometimes leading to the complete destruction of the mill and the death of the miller. The mill destroyed in the fire of 1849 was again rebuilt but was still referred to as the old mill.

The last mill on the site 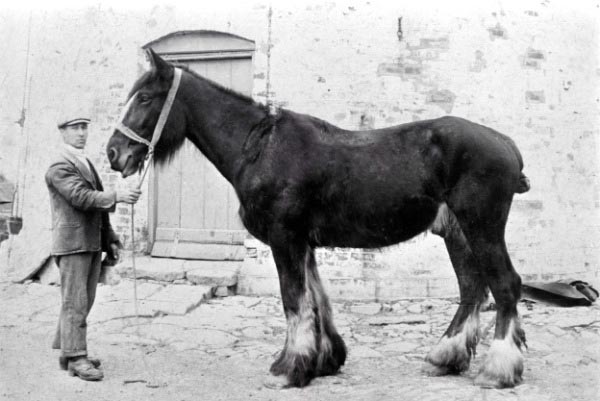 George Bird who operated the water mill at Stoneythorpe purchased the Southam windmill in 1863 and operated the mill with his sons Charles and Frank who carried on the milling following their father’s death in 1909. At some date during the Bird family’s ownership of the mill a bakehouse was built on to the cottage and bread baking on a commercial scale was commenced. There is also some evidence, in the form of a tall brick chimney, that the mill was steam driven for a period during the nineteenth century. The chimney appears in some of the early photographs but was demolished in the 1970’s. The two elderly Bird brothers ran the business up until their deaths in the mid nineteen-forties when they were both in their late seventies.

In 1947 my late father William (Bill) Griffin purchased the property and the buildings on it. My father had been trained as a baker and his primary reason for purchasing the property was to own the bakery business with little thought given to any commercial operation of the mill. When he bought it, the windmill sails had been removed having reportedly been badly damaged in a gale. The mill stones and the gearing and hoppers were still in situ and serviceable and the mill was at that date driven by a Ruston Hornsby oil engine housed in an engine-house adjacent to the mill. My father milled flour a few times with the original stones driven by the oil engine but then installed a small hammer mill also driven by the oil engine and subsequently by a Fordson Major tractor with a drive belt fitted. This combination was used for several years in the 1950’s for milling cattle food, what my father referred to as ‘gristing.’ The Ruston Hornsby engine was subsequently sold for scrap. My father carried on the baking using the coal-fired oven until the introduction by Suttons of Coventry, of the pre-packed, sliced loaf which put most small local bakers out of business practically overnight. 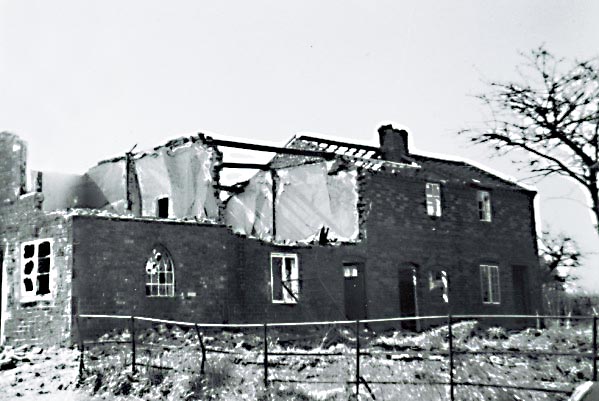 The mill equipment was removed over the years and the mill building became unsafe. The local clay bricks used to build the 1850’s mill began to crumble and as a consequence disintegrated. The walls were no longer weatherproof and absorbed rainwater. This led eventually to the beam ends supporting the floors suffering wet rot and rendering the structure unsafe. The mill was truncated and cement rendered as something of a last resort but demolition was the only realistic option and the mill was pulled down in 1979. Subsequent to my father’s death the site was sold for development and all the remaining buildings including the cottage and bakehouse were demolished in 2016 and the six centuries of association with milling came to an end. My father’s headstone in the parish churchyard testifies to his having been Southam’s last miller.

For a comparatively short period of time in the mid-Victorian period there existed another windmill situated on the Welsh Road out of Southam to Priors Marston. The 1851 census returns for Southam have an entry ‘cottage & mill’ with William and Sarah Baldwin and two children living there, William gives his occupation as ‘miller’. Interestingly, I have a copy of an article in the Rugby Advertiser for 25 May 1923 in which an old Southam resident shares his memories of 60 years ago. The man interviewed by the Advertiser was in fact my step Great Grandfather, Mr George Powell and he recounted how as a boy he remembered his father setting off for work and returning  to tell his mother that Baldwin’s mill was on fire. The date of this event was calculated to be in sometime in the late 1850’s. Reference to the 1861 census revealed that William had died in 1859 and his wife was then lodging with the Perry family in Appendix Street. No documentary evidence of this mill survives. There is a suggestion that there may have been two mills on this site which were most likely to have been wooden post mills. Until recent times there was a small row of terraced cottages on what we can assume was the site of the burnt mill which accounts for the fact that they were called mill cottages. William Seaby includes this mill in his book Warwickshire Windmills (see below) and describes it as a small, brick-built tower mill which was in existence by 1822 but burnt down in 1863.

The 35 deeds relating to the windmill and covering the period 1741- 1907 were deposited in the Warwickshire Record Office in 1989 and are catalogued at CR2713.

Deeds of Southam Windmill, beginning with a lease dated 28 May 1741 by Pudsey Jesson of Langley Hall esq. to Joseph Hill of Southam, flaxdresser, of a parcel of land in the open field of Southam upon which a windmill formerly stood until recently burnt down, and upon which Joseph Hill is building a new windmill at his own costs. The mill was sold to Christopher Mason of Southam, miller, in 1756, who bought the freehold of the site (described as in West Field, Southam) in 1761 (nos 2 and 4). Christopher Mason left the mill to his son William by his will, proved in 1813 (no 12). William Mason sold the mill with a recently erected cottage adjoining to Edward Kelham of Southam, miller, in 1832 (no.17) and it was later sold to Edmund Mitchell of Leamington Priors, architect, in 1849 (no 24), Samuel Thomas Haynes of Southam, miller, in 1862 (no 26) and to George Bird of Stoneythorpe, miller in 1863 (no 31). The latest deed is a re-conveyance of the windmill etc. to George Bird following repayment of a mortgage (no 35).

In 1979 Wilfred Seaby a noted windmill historian published the results of his two-year survey of all the windmills in Warwickshire in a book Warwickshire Windmills. Copies of this are held in the reference sections of libraries in mid-Warwickshire and in the Warwickshire County Record Office, the references to Southam windmill are on page 22. It can be deduced from Seaby’s research that his references to the Southam Windmill refer to a building on the same site or on sites very close to the building mentioned in the first deed in 1741.