I’m sure most of you will have heard about, or seen, the TV series ‘Mr Selfridge’ and what is implied as his ‘new invention’ of a London department store at the turn of the 20th Century. Perhaps what isn’t realised is that department stores were already very much ‘in fashion’ by then, and Southam had a small equivalent, though perhaps not known by such a grand name!

The café on the corner of Daventry Street was once Southam’s very own department store and it started as such quite early in the Victorian period.

A photograph of the shop taken from outside the former Bull Inn before 1890 has a large shop board over the left side of the shop that says “London & Manchester. General Drapery Warehouse. Dalton” and there is one door and four windows, each full of merchandise for sale. Looking into one of the windows is a lady dressed in a full length dark dress and a bonnet.

A similar photograph taken some 40 years later shows the same four shop windows, all full of merchandise, but now including a second entrance. The large board above the shop now says “Tomlinson. Draper Milliner Costumier Clothier and House Furnisher. Boot and Shoe Merchant”. This shows what a very comprehensive range of clothing and household goods were being sold there.

From census records back in 1841 the draper in Daventry Street was William Paine and the shop must have already been of a considerable size, because living there with William and his wife were three servants and three apprentice drapers. Ten years later, one of those earlier servants, Edward Dalton, possibly related to the Paine family, was married and had taken on the shop. He called himself a linen and woollen draper and had his own bevy of servants and apprentices. Then as time went on his daughters and only son, also called Edward, came into the business, as well as his nephews.

When Edward died, his widow and son took over the business and when they died it passed out of the family to John Clees. A document of sale in Southam Heritage Collection archives shows just how big the property was and how each room was separated off along the road frontage with windows, just like a department store.

The shop came to the Tomlinson family in the 1920s, and older residents of the town remember as children how each room and window was given over to a different range of items for sale, and you could wander from room to room, or department to department. 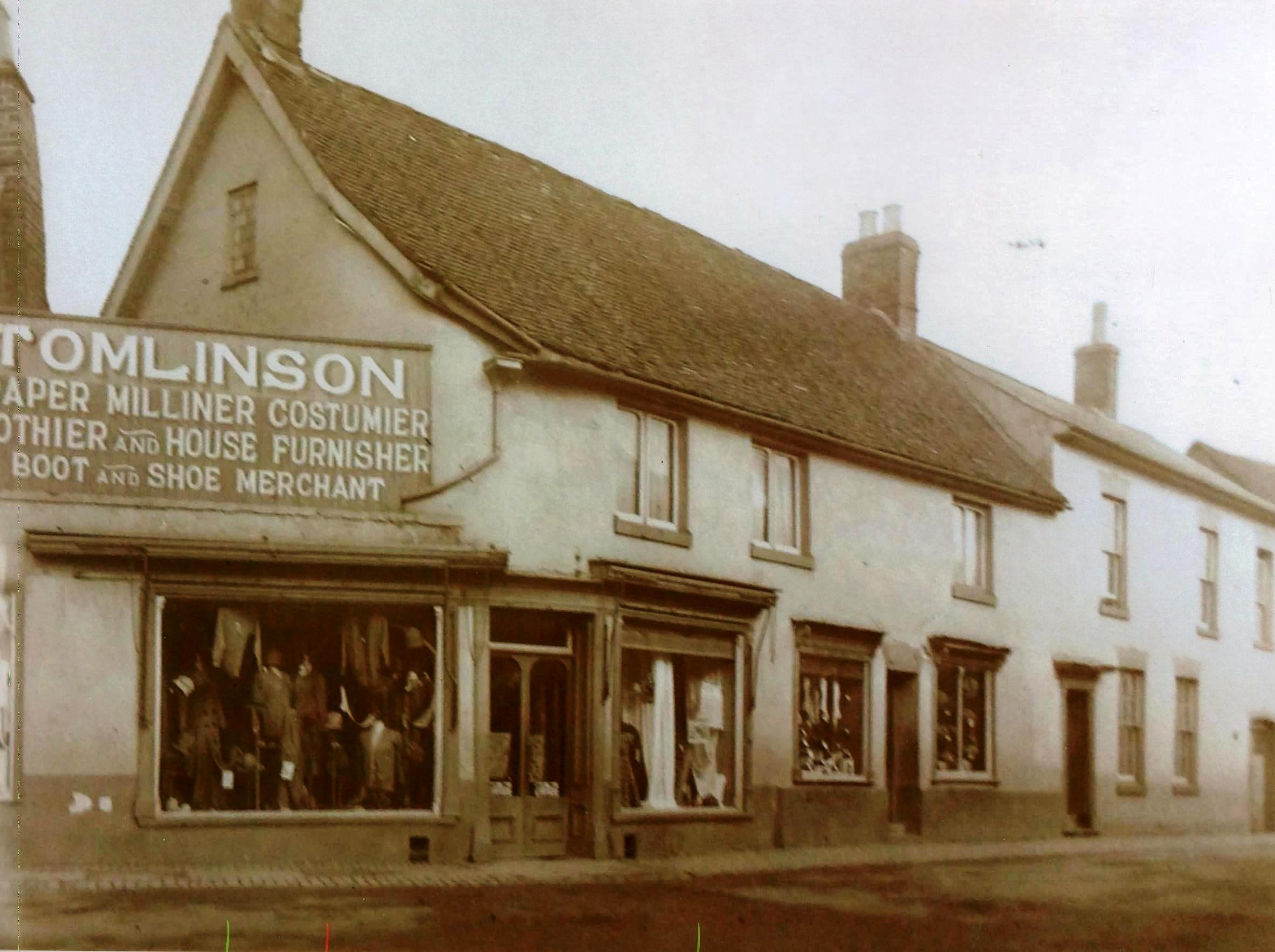