The Stoneythorpe estate was part of the Parish of Long Itchington in Saxon times and was referred to as Torp or Thorpe. The Manor itself was first recorded in 1308 when Robert Sampsun was Lord of the Manor. The estate passed through many hands and by 1517 it was owned by the Hanslapp family of Aynho when the main building was still a mediaeval hall. The current main roof beams, some retaining their bark, have recently been dated by a dendrologist to the summer of 1549. 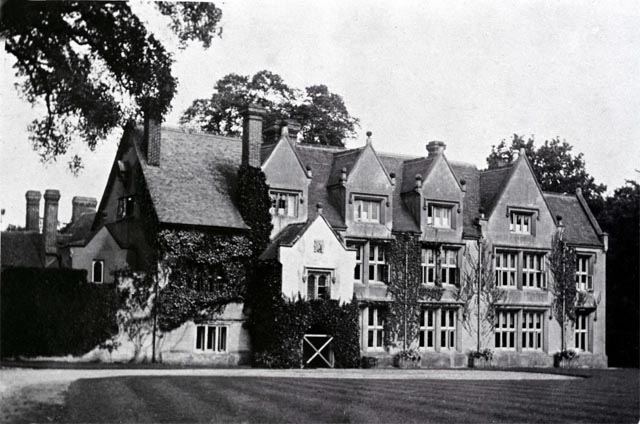 Dallas Burston bought the Stoneythorpe estate and established the current Polo Club in the grounds. The Hall was left empty and largely untouched until, in recent years it was bought by local business man, Russell Harrison, who has made extensive improvements and turned the Hall back into a family home.

Some of the outbuilding walls are three feet thick, filled with rubble, and were part of the mediaeval house. There is also a tradition that the place was a former monastery because of the enormous fireplace there – large enough to roast an ox. In the inter-War period, when a trench was being dug to lay a cable in the garden, a pavement was found and remains of a possible cloister wall and monastery garden.

When William Chamberlayne died in 1906 his coffin was carried from the Hall to Southam church along footpaths where the stiles were removed to let it through. By an old tradition, this meant that the path remained a public right of way for 100 years, and it now forms part of the Holy Well Walk. (William Chamberlayne’s widow had ‘The Church in the Wood’ built at Bascote Heath.)

One legend mentioned in a letter by Mr H. F. Chamberlayne in 1943 is that a Knight in armour is buried under a mound in a field known as The Grove in front of the house. He also mentioned a legendary underground passage between the Hall and the Parish Church. A room over the house porch had four wall niches, which might have been places for statues in a pre-Reformation chapel. In 1874 the wall of the great hall to the right of the porch collapsed and was replaced by a brick façade.

During renovations instigated by Mr Russell Harrison, a carved panel dated 1807 above the drawing room fireplace was removed and revealed a beam that has been dated to 1549 and part of an original Tudor frieze decorated with Tudor roses.

Some of this information appeared in an article written by the late Rene Cardall in1999. If you are interested in local history, Southam Heritage Collection is currently housed in Vivian House basement on Market Hill and is normally open to the public on Tuesdays from 10am to 12 noon. Visits and talks can be arranged. Contact the Collection ‘Friends’ on 01926 613503 email cardallcollection@hotmail.co.uk or find us on Facebook: Southam Heritage Collection.