St Fremund and the Holy Well 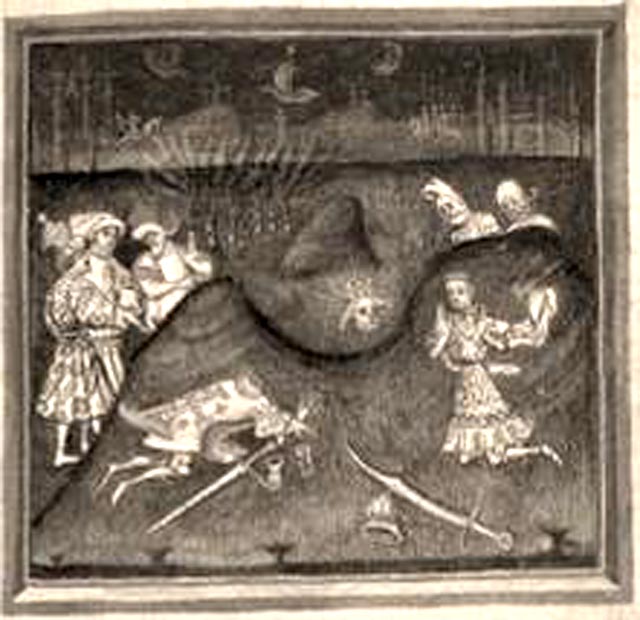 nd was reputedly a relative of King Offa of Mercia. He became a hermit and lived at Prescote near Cropredy (or Caerlon on Wye, or on an island off the East Anglian coast. Much of the information about St Fremund is legendary so details vary.)

When Edmund, King of East Anglia, was killed by invading Danes, Offa sent 22 of his men to find Fremund to ask for his help against the Danes. Fremund and his 22 soldiers, helped by angels brandishing swords, defeated a Danish army of 22,000.

However, while Fremund was celebrating his victory he was beheaded by Duke Oswy (a pagan who, in remorse, converted to Christianity). Fremund carried his severed head away from the battle scene at Radford Semele.

Between Harbury and Long Itchington, he touched the ground with his sword and a spring of water gushed forth. Surely this must have been Southam’s Holy Well? He washed his bloody body, head and hands in the well, turned to the east – and died!

It is an historical fact that St Fremund died in this area. He was buried at the royal mansion at Offchurch (Offa’s Church?). In 936 his body was moved to Prescote, near Cropredy and in 1203 his body was moved yet again, this time to Dunstable Priory where it remained until the dissolution of the Priory in 1540 – when presumably it was lost.