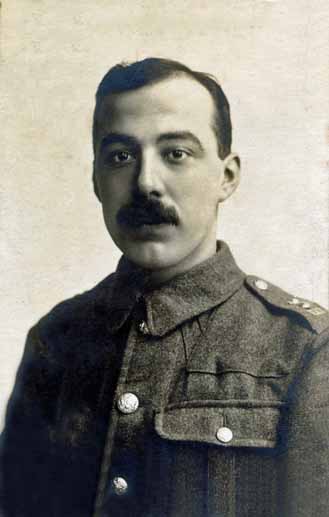 Charles William Payne Pratt was born in 1878, but when he was just eight years old his mother Phillis Pratt died.  Her husband also called Charles was left to bring up five children aged between ten and three years including twin boys Bertie and Alfred.  They lived in a mean little house off Coventry Street and then on Tattle Bank.  How the widower coped, and cared for the  young family is lost in the mists of time but by the age of thirteen[1] Charles was a page for a Southam man, 29 year old Dr Montague Oldham, who was living and practising medicine in Coventry. Young Charles was one of two male live-in servants in the household which also included Montague’s elder sister Catherine Oldham.

Perhaps the Oldhams were a guiding influence in his life – we don’t know – but he did well, and his short years of education to the age of thirteen had prepared him for  white-collar work and by the age of twenty-three years was he was living in lodgings in Rugby, working as an insurance agent. Soon after that he joined the Royal Army Pay Corp. He was skilled in this vital administrative work for he rose quickly through the ranks to be Sergeant by 1911. He married a local girl Maud Bartlett, daughter of a Warwick publican in 1916 and he kept links with his home town for this photograph of him, in WWI uniform, is part of a family collection now in the possession of Roger Cleal, a distant cousin.

Sergeant Charles William Payne Pratt, along with others of the Army Pay Corp, was awarded the British War Medal in 1920.  He and Maud lived in Reading where he died in 1954. His death certificate identifies him as ‘Army Pay Corp retired’.

[1] The Education Act of 1918 required children to stay at school until 14 years.