Bertie was one of twin sons born in 1880 to Charles and Phillis Pratt of Coventry Street. Charles was a Southam man and Phillis came from Ratley near Edge Hill.  Phillis died in her thirties leaving Charles, a quarryman, with a very young family to care for: seven-year-old twins and their younger brother Joseph. 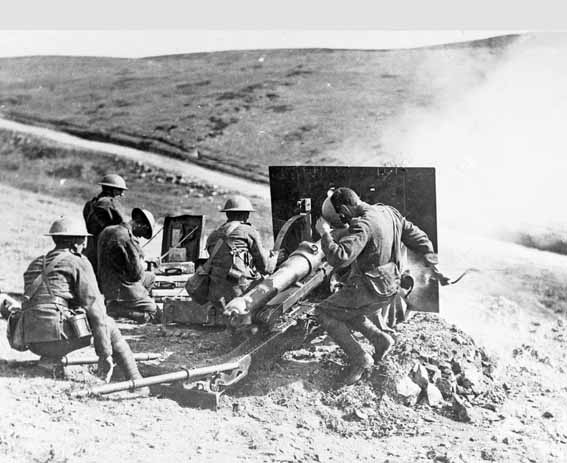 They lived for a while on Tattle Bank and in 1900 their father married Sarah Ann from Ladywood in Birmingham. The same year Bertie enlisted in the Royal Field Artillery, Joseph joined the Labour Corps and at some point his twin Alfred joined the Navy.

As a regular from the onset of war Private Bertie Pratt served with 3rd Battalion Royal Field Artillery in France (1914/15) and  Salonika (1916/17) before returning to the Western Front (1918/19). He was discharged in 1921 and was awarded the Mons Star, Victory and British Medals.

Bertie married a widow Winifred Chalk in 1911 and lived in Woolwich. Eventually they had two children Eileen (b. March 1918) and Donald (b. April 1920). The family lived in Trowbridge another garrison town where Bertie died in 1942.