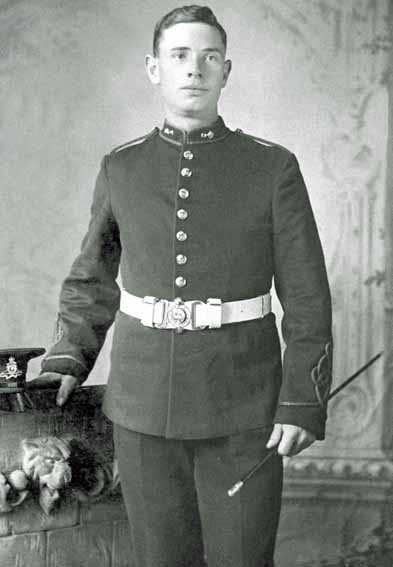 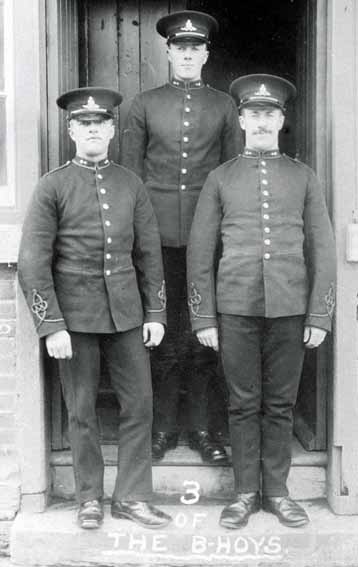 Burton Dassett. The couple suffered the loss of two baby boys in their early years of marriage but two sons survived: John Arthur (Jack) born 1891 and Cyril George born 1897. Both boys enlisted as regulars in the army before war broke out.

By 1911 Jack was with 107 (5) Company, Royal Garrison Artillery which was based in Devonport. In this trio he is centre standing on the steps and pictured right in his full uniform. He married Sarah Ridd in Plymouth on July 1912.

Private John Arthur Parrott served throughout WWI and was afterwards a regular. At the time of his mother’s tragic suicide in 1928 he was serving in India. (for details see Driver Edward Humphriss). 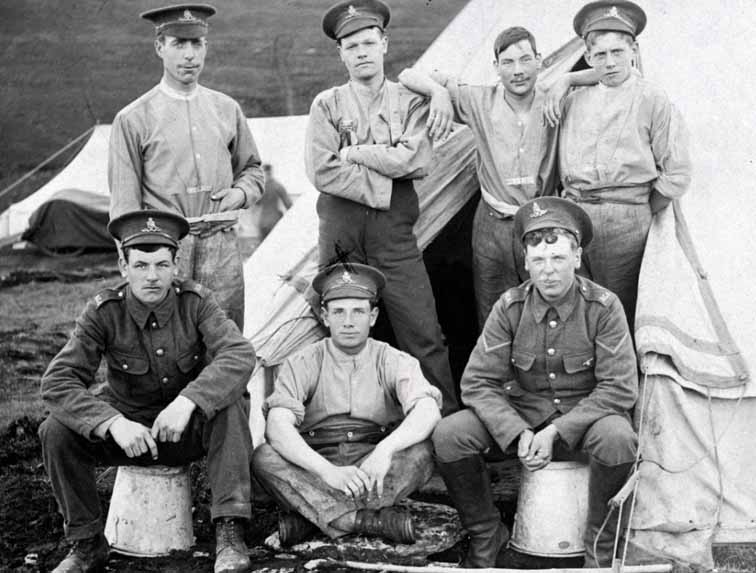