Like his father and older brother Edward, Percy was a hay-trusser. It was a rural all-year-round task as the hay was made into specific-sized bundles for trade. Son of Edward and Elizabeth Neal Percy was born in 1899 and brought up in rural Warwickshire in the villages around Burton Dassett.

Private Neal served in the Labour Corps and was awarded the British and Victory medals. After the war he married Ellen and they lived in Southam at 3, Tattle Bank.

By 1939 he was ‘unfit for work’ and he and Ellen had four children between five and thirteen to support. Despite his ill health he lived to a fair age and died in 1968. 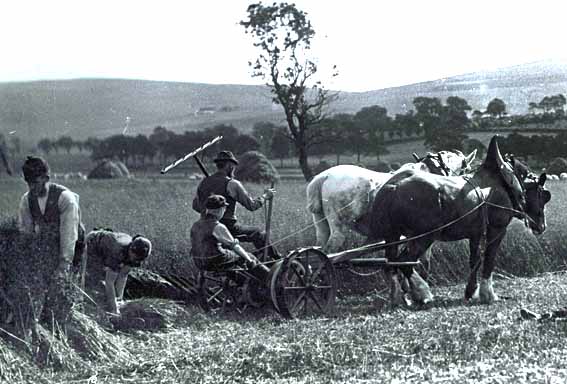 This photograph of hay making is from the Southam Heritage Collection. Another image of more industrialised hay trussing is shown on the page of Edward Sidney Neal. Both photographs are pre WW1 circa 1910.