Edward Sidney Neal, like his father before him, was a ‘hay-trusser’. Hay-trussers made the hay into bundles of specific weight to be sold, the sale of hay being a major year-round industry in the age before motorised transport. 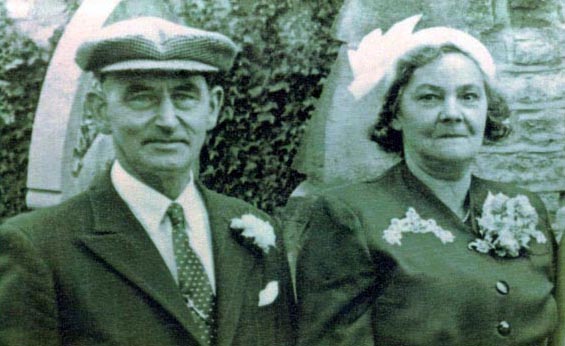 Edward was born to Edward and Elizabeth Neal of Burton Dassett in 1896 and brought up in the villages around that area. After the war in 1920 he married Edith A. Gunn (née Batchelor, a widow from WW1) and they brought up three sons and four daughters as well as an adopted granddaughter at 23, Abbey Lane. They are pictured to the right attending a wedding.

Perhaps because of the decrease in agricultural wages or the decline in the hay trade by 1939 he had transferred to labouring work at the lime works.

Private Neal served first with the RWR and later was transferred to the Machine Gun Corps. During the war he took ammunition to the front line using horses. He was severely wounded when a shell killed the horses he was handling. He was awarded the British and Victory medals.

He died on 9th June 1957 while visiting his eldest daughter in Preston and was buried a week later in Southam church yard. 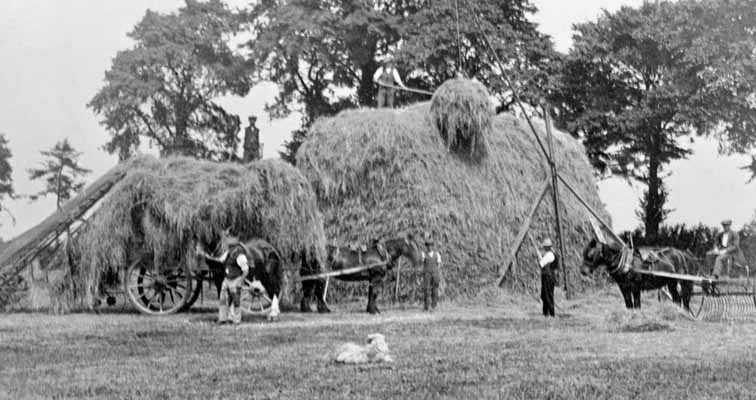