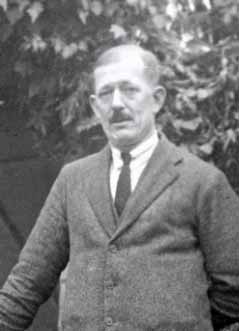 George Linley is remembered by older Southam residents as headmaster of the Boys School. He was born in Peterborough in 1882 and began his teaching career in Birmingham. There, in Sparkbrook, in 1915, he married Dora Smith Burrows.

Corporal Linley served in the Royal Garrison Artillery and he was awarded the British and Victory medals. According to Alan Griffin, who was a pupil many years after WW1, Mr Linley would tell the boys about the war and Alan recalls him describing shells landing very close by.

George Linley was involved in the front-line work of the school which provided the boys with an enriched education. He is pictured with the cricket and football teams and this image below shows him preparing food with his pupils at the school camp. 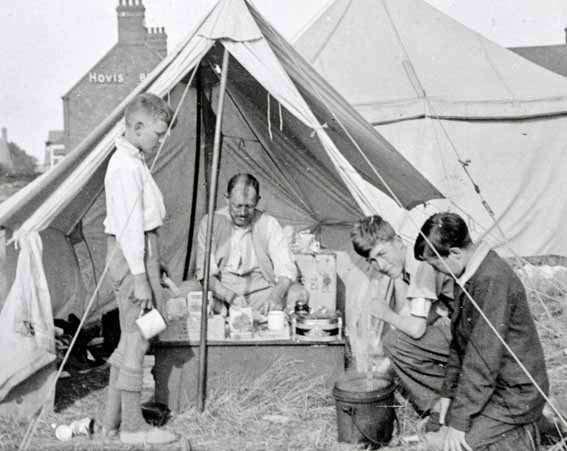 Throughout his career he was involved in the life of the town. As a young newly- appointed headmaster in the early twenties he performed vocal solos for formal occasions in the town with great distinction and on the lighter side he acted as MC for dances.[1] For many years he ran the church choir.

This photograph from the Southam Heritage Collection shows the influence of George Linley’s headship on the school. Not all schools at this period, in the 30s, offered children a camping or residential experience which today is regarded as educationally very valuable.

Equally he laid emphasis on both sport and the performing arts. The tin-whistle band (see below) had good quality percussion instruments and the boys’ confident demeanour suggests that they were competently trained.

From the start George was determined to improve the quality of the school’s provision. In order to raise money for the school sports day in 1922 he supervised a two-night entertainment held in the school hall which has good press reviews.[2] The programme included a light Minstrel Entertainment, and the dramatic Trial Scene from Shakespeare’s Merchant of Venice (the young lad playing Shylock came in for special praise in the review) whilst the Junior Choir opened the programme and a ‘three-handed’ farce rounded off the evening.

George Linley died in 1963. He was eighty-two years old. He is buried in Southam church yard. 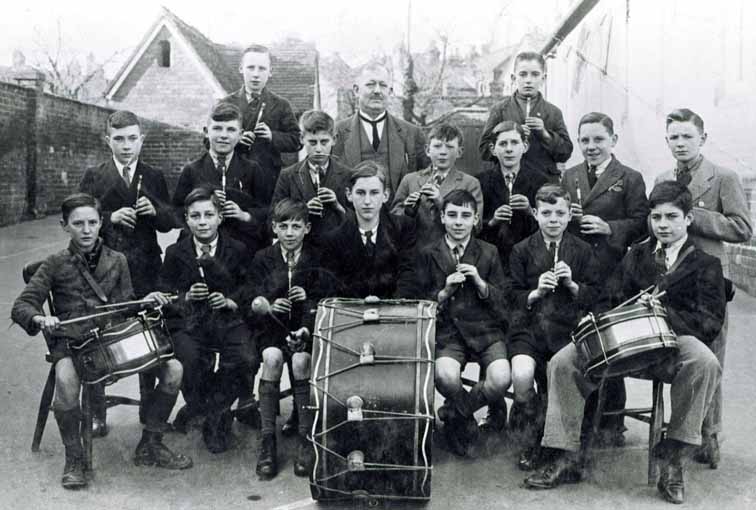