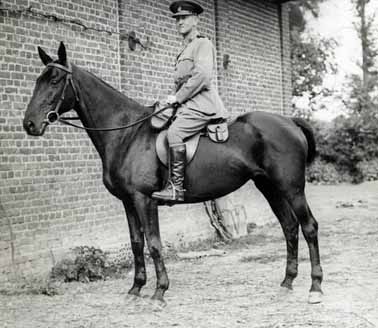 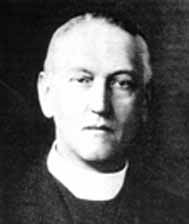 Irwin, his former Commander Maj. Gen. Sir George Younghusband said he was ‘a small man and lame from birth but with the heart of a lion…Padre Irwin earned the Victoria Cross half a dozen times’.[1] Here was a writer finding it hard to express with enough superlatives his admiration for the life and sacrifice of a man who achieved recognition, repeatedly, at the highest level, for his bravery and total disregard for personal safety.

Padre Ronald Irwin gained MC and DSO in France and then MC again in Mesopotamia. His Commander described how after an unsuccessful attack on a Turkish position, when hundreds of Tommies lay wounded within a few yards of enemy trenches, Padre Irwin took them food and water, and he comforted the mortally wounded. Unarmed he fought off marauders who came to loot the bodies.

On April 6th 1916 he received a bullet wound from which, despite repeated operations, he never fully recovered. He was brought back to England to be treated but after being decorated by the King on 28th Feb 1917 he went back to France where he was wounded again. This did not prevent him from continuing his ministry and service to the troops. In 1918 the French authorities awarded him Croix de Guerre after an enemy aircraft exploded on an ammunition dump in a residential area; there he toiled for hours, in the dark, rescuing wounded civilians.

After the war he came back to Southam and preached on the text ‘Their name liveth for ever’ at a special Armistice service. At a personal level, he continued to support the ordinary Tommy. For Henry Hughes he sent a supportive letter when the Southam ex-serviceman was dealing with officers about pension. Rev. Irwin became the much revered president of the local branch of the Ex-soldiers, Sailors and Airmen Association and he spoke on key issues such as joining forces with the Comrades of the Great War; both groups eventually allied to join the newly established Royal British Legion. When on 3rd November 1919 he resigned and making known that he was due to leave the country to take up a post as Canon of Allahabad Cathedral, he was persuaded by the members, to continue in the role of president.[2]

Looking back on his early life, Ronald was born in India in 1880 son of Irishman Rev. Arthur W. Irwin and his second wife Alicia. Returning to England, Arthur Irwin took up the post of vicar of Napton in the late 1880s. It was an affluent household with five live-in servants in the grand vicarage. Alicia was the daughter of the Hedley-Dent family from Shortflatt Tower in Northumberland and was accustomed to the privileges of wealth. When Arthur died in 1906, Alicia and her grown up children, moved to Southam. 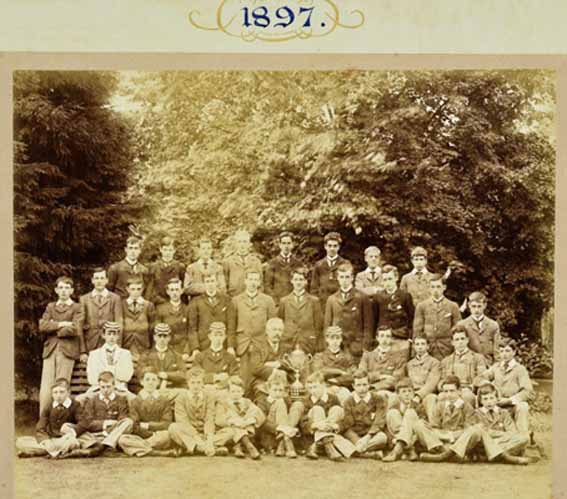 Nellie shared her brother’s commitment to service. She was a moving force in the Red Cross Society in Southam and worked tirelessly as the quartermaster at the VAD hospital and had a life of public service when war ended. Whilst Nellie was educated by a governess, Ronald attended J B Eden’s school in Rugby before going to Winchester College (1893-1897) where he played fives and was a member of the cadet corp. This house photograph was taken in his final year – he is middle row standing, fourth from left.[3] He went up to Keble College, Oxford and took Holy Orders in 1905.  He became curate of Alnick – back to his mother’s ancestral region – then joined the army to be chaplain in Bengal and in 1913 in Lucknow.

Rev Irwin had another distinguished decade of service after the war ended; he was Canon of Allahabad Cathedral, he is remembered at Lillington, near Leamington as vicar of that parish and he became the first Archdeacon of Dorking where he died in post in 1930. After his death in 1930 services and commemorations were held in Dorking and Lillington, and there was extensive coverage in both regional and national press.  Ten years on from the war, his remarkable commitment to duty and humanity was remembered. The Times spoke of the ‘radiancy of his personality and quick wit and sense of humour’; 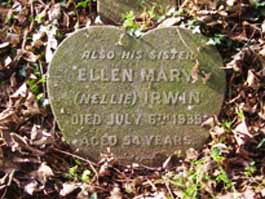 it also recalled how he ‘poured out his sympathy and love at the bedside of the dying’.[4]

Rev Ronald Irwin is buried in Napton, Warwickshire, in the village where he spent much of his young life. He was forty-nine years old and died from the aftermath of his wounds. His grave is beside that of his VAD sister Nellie and both graves are honoured by local and village historians who know of their exceptional service in WWI.[5]

[3] Thanks are due to Suzanne Foster, archivist to the Wykemists, for details of Ronald’s time at Winchester College and for permission to use the house photograph.

[4] The Times quoted in a column in an undated Surrey news extract circa 1930.