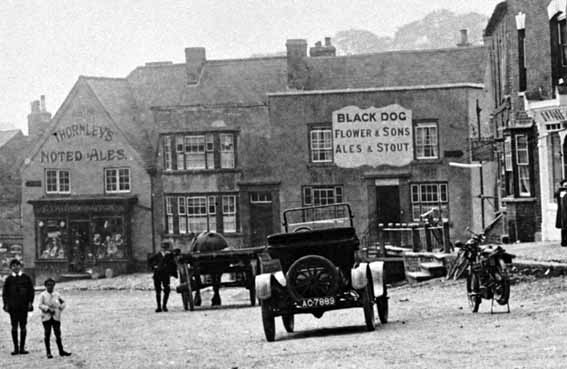 Henry Hughes attested in 1897 aged twenty-three years at Weedon.  He joined the Royal Horse and Field Artillery. On his service records he gives his father, Job Hughes of the Black Dog, Oxford Street, Southam as his next of kin.

He served in South Africa and India and up to 1906 there were five cases of punishment for drunkenness but in 1912 his slate was wiped clean. He earned medals from the South African campaigns and re-enlisted in 1907 serving until 1913 in India. He saw service in France in 1914/15 before leaving for the Middle East.

Henry’s elder brother James had emigrated to Canada. He it was, who twice wrote to the army asking after his brother when he had had no word of him.  He had last heard of his brother in France but Henry, by then was in Mesopotamia, where he remained until 1919.

Henry had one spell in hospital with a foot injury in 1917 but he recovered and continued to serve. For the last eight years of his service he was a baker.  He left the services in 1919 with exemplary conduct being noted.

Featured in Henry’s records is Rev. Ronald Irwin, son of the late vicar of Napton who lived with his mother, and sister, VAD Nellie Irwin at The Lodge Southam (now Newstead Lodge nursing home). Ronald Irwin had served with distinction as an army chaplain, and he intervened in 1919 on Henry’s behalf to his senior officers on issues of pay and his good conduct medal.

There are some confusing details when tracing Henry Hughes as there were others of the same name in the town. His birth was registered as Thomas Henry Hughes, he enlisted as Henry, and sometimes signed himself Henery. More information is needed to complete his story.

He received his War and Victory medals in 1924; by then he was living at Napton Road, Southam.

Research initiated by Roger Cleal. Photograph of the Black Dog (circa. 1920) from Southam Heritage Collection.