Percy was born in Southam in April 1893 son of Frederick Job and Emma Hodges. Eventually Percy along with his brother Job followed their father, into working at the stone quarry. By 1911 they were living together with their father and step-mother Ann at the Blue Lias Quarry Houses in Stockton.

Gunner Hodges embarked for France on 31st August 1915 serving with the Royal Field Artillery. He died on 14th July 1918 serving in C Battery 107 Bde.  How Gunner Hodges met his death is not known.  He is buried in the Aubigny Communal Extension Cemetery in the Pas de Calais along with 2,853 others who died in WWI. 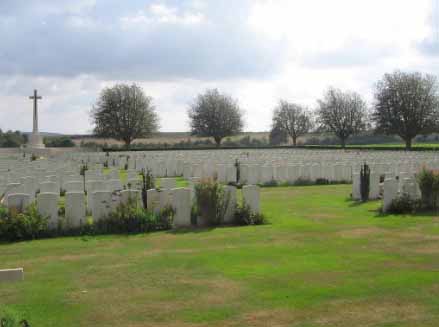