When Mr Grassam, headmaster of the Boys School in Southam left to join the Royal Warwickshire Regiment in June 1917 his pupils presented him with an air pillow and some cigarettes. The fathers, brothers and uncles of many of the boys would already have left the town and some had been killed in battle for it was a world that had blighted the lives of these young pupils.

William Grassam had had a very different youth. He was born in 1891 in a quiet residential area of Wolverhampton, son of an inspector of weights and measures. Unlike the Southam lads who left school at thirteen, he became a pupil teacher before going on to higher education. 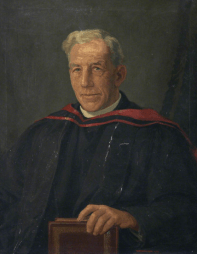 The 1911 census finds him, along with over 120 other young men, as a student in London at the C.of E. College of St Johns which was founded in 1840. It was the first teacher-training college in the country and the motto ‘Abeunt studia in mores’ – (out of studies comes character) – gives a flavour of the august establishment. The residential college was under the direction of the principal, Herbert Wesley Dennis (pictured right), who lived on the premises and oversaw the running of the college.

William began his career as an assistant at Warwick C. of E. Boys School and from the onset he was an energetic participant in a range of activities in the town. He was a welcome addition to Warwick Loco football team being a successful goal scorer and equally early in his career in 1912 he was involved in the local branch of the NUT fighting the cause of the teaching staff against the managers. 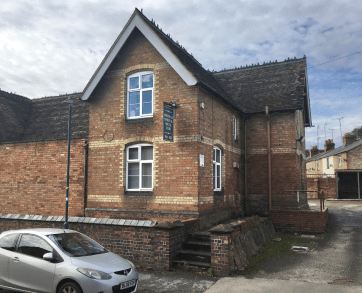 On the last day of 1914 he married Alice Maud Hammond, eight years his senior, at St Nicholas’ Church Warwick. Several days later he took charge at Southam Boys School. The couple lived in the adjacent School House where a daughter, Rita Maud, was born in 1915 and a son, Richard Henry in 1917. (The school is now used for the social club and this modern photograph shows the school house.) He was the Southam scout master and during the summer holidays he took the boys camping. The scouts presented him with a pipe and tobacco pouch when he left to go into the army and Mr Jonathon Cardall took over as Scoutmaster.

In June 1917 William Grassam was conscripted and joined 2ndBattalion RWR. Precise details of Private Grassam’s movements (whether he joined them in France or Belgium) are difficult to establish as we don’t have his service records. The Battle of Passchendaele (3rd Ypres) began on 31st July and the 2nd RWR served there from late September. Before that they were just south of Arras before moving up through France to The Salient. In October they came out of the action and prepared to move to Italy. The regimental diaries for November 1917 state:

19th November: entrained for Marseille and onward to Italy.

It appears that Private Grassam saw action for one year in Italy before medical records show that in early November 1918 he was treated at 21st Field Hospital and for four days in 39th Clearing Hospital before, on 3rd November 1918, being transported on H.M.Hospital Ship Grantully Castle landing in Marseille on 6th November 1918. 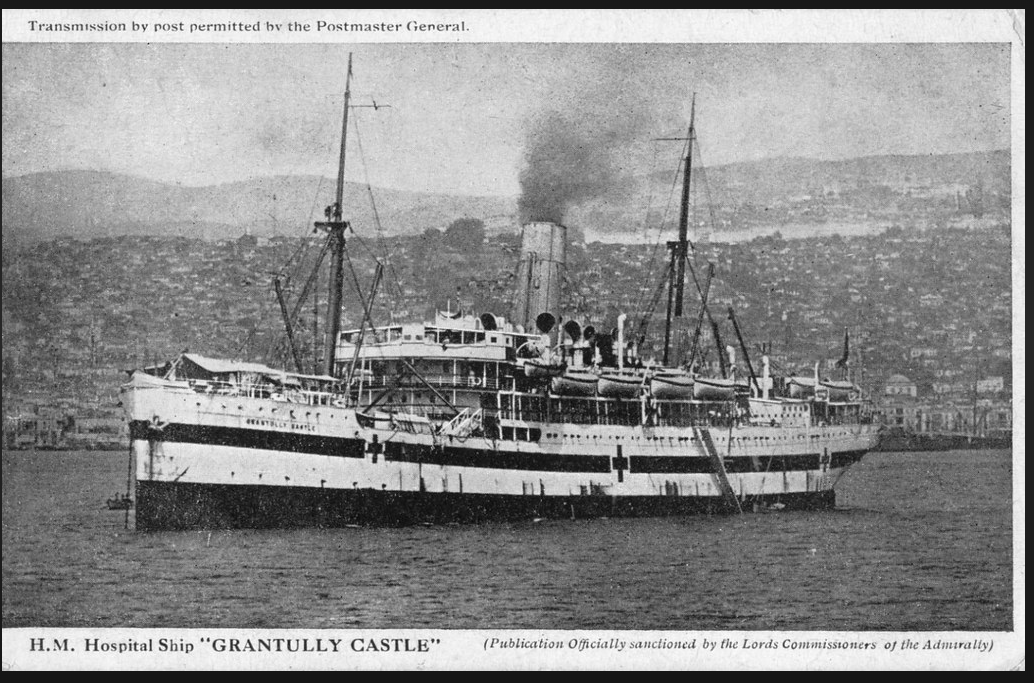 On the vessel’s records his condition is listed as ‘I.C.T. feet’ which is an inflammation of the connective tissue associated with wounds or ill-fitting or worn out boots. It affects the cartilage, tendons and ligaments of the joints. He may have spent the next six weeks in hospital in or near Marseille; on 23rd December he entrained on 31 Ambulance Hospital Train (records are marked ‘Convalescents for England’) from Marseille to le Havre detraining on Christmas Day. His subsequent movements in the military are unknown.

Mr Grassam took up his post again at Southam School in early February and was formally discharged from the army on 21st February 1919. He joined other veterans who formed a branch of the Rugby and District discharged Soldiers, Sailors and Airman’s Association.[2] In those early post-war days Southam had about 40 members and Grassam represented them on the War Memorial Committee. He continued to suffer from the effects of his injuries and by May 1919 he was off work through illness. Although another daughter, Betty, was born in 1920 his health did not hold out and he left his post in January 1921; G.W. Linley took over at the school. (For details of Linley’s WWI service see George Linley)

Later William recovered sufficiently to return to teaching. The Southam School managers gave him a good testimonial for his ‘excellent services’ and after a spell at Water Orton School he took a headship in Bedworth. There, as a councillor, he took a role in civic activities. He lived into his seventies and appears to have retired to Worcester where both he and Maud died in 1962. He left a substantial sum, over £4,000 to his son Richard who was an estate agent.

[1] Malcolm Thomas traced the war diaries, supplied information about ‘ICT’, and assisted in the overall unfolding story of William Grassam.