Benjamin, born in 1897 was the fourth of five sons of Henry and Clara Glenn. This photograph below shows the shop sign of ‘H Glenn’ who was the white smith. Their youngest son, Henry (b 1898), died on the Somme.

Private Benjamin Glenn enlisted in the Royal Warwickshire Regiment in December 1915 and at some point was transferred to the Labour Corps perhaps having suffered ill health. On the grounds of sickness he was eventually ‘entitled to wear’ the Silver Badge (B 213757) and was discharged in May 1919.

Before the war Benjamin was apprenticed to a plumber, a trade he returned to. In the 20s he rode a motor bike and was involved in the Fire Brigade. In 1927 Benjamin married Elizabeth McCormack a widow, fifteen years his senior.

By 1939 Elizabeth was an invalid and living with them, doing ‘domestic duties’, was Violet McCormack (b 1910). She was listed in this pre-WW2 survey as a VAD member. Benjamin died in 1945 and is buried in Southam church yard. His medal card shows he was granted the British and Victory medals. 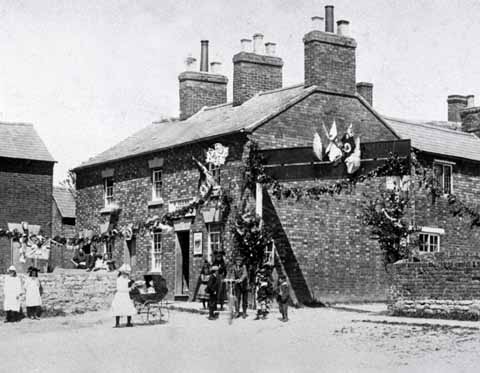