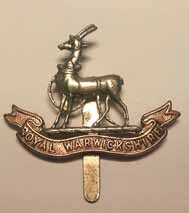 Ernest was born in 1897 into the large household of Harry (a carter from Studley) and Southam-born Sarah Best of Park Jetty off Coventry Street.  In 1901 there were nine of their eleven children and three boarders (all workers at the quarry) living under the same roof.

Ernest Best served with the Royal Warwickshire Regiment from July 1916 until after the Armistice in December 1918.  He was married in 1924 to Louisa Baldwin. Ernest Best died in 1961 and he is buried in Southam Church yard.

The incident of the German Gun

Shortly after the war was over Ernest was one of a local group of six men – John Burke, Cyril Turner, Frank Ashen, Walter Shearsby, Alfred Stote, Ernest Best and William Barratt – who objected to the installation of a German gun in the town. The gun had been given to the town by the Lord Lieutenant of the county and a site agree by the local council and local ex-service organisations.

It caused aggravation and anger amongst former soldiers and there had already been disruption in other villages in Warwickshire. In Long Itchington feelings ran high one Saturday in June 1920 and their gun was ‘unceremoniously deposited in the pond’ urged on by a noisy crowd and ‘much cheering and playing of mouth organs’.[1] The gun was not successfully submerged so some danced on its frame as it stuck out of the water!

A few weeks later it was the turn of ex-servicemen in Southam. After a Saturday-night trip to the pub they removed the gun from the yard of The Craven Arms and took it some 300 yards and tipped it into the River Stowe. When the case came before the Southam magistrates five pleaded guilty and were fined £2.00 each. One man, Alfred Stote, would not plead guilty although he admitted he was there; he was acquitted on lack of evidence.[2]

The newspapers do not record what later happened to the gun in Southam although the Long Itchington one was fished out and used for scrap metal in WW2.