Thomas Worrall was born in 1892. He was the third of eleven children of John and Jane Worrall of Coventry Street, Southam.   Like his father, Thomas was a labourer at the Kaye Works. He enlisted in the Royal Artillery in October 1915 at the same time as his pal John King.  Sometime before his departure for France he wrote this practical and expressive letter to his mother from Canterbury in Kent:

My Dear Mother Just a few lines to thank you so much for your letter… Glad to hear you were all in the best of health …Very pleased you had good luck with the pigs I hope they will all live and they will be a nice lot  I shall send my other lot of washing Friday Glad you have got the other lot alright…Glad you sent me the socks they are very useful and warm this weather The snow does not seem to go it has been very cold lately up here we have had some good skating this last week Remember me to Tom the mail man I got the papers alright Remember me to Jack and Bert when you write  I hope they are alright ….well Dear mother I don’t think I have any more news to tell you this time so will now give you all my very best love from your ever loving son Tom xxxxxxxxxxxxxxx 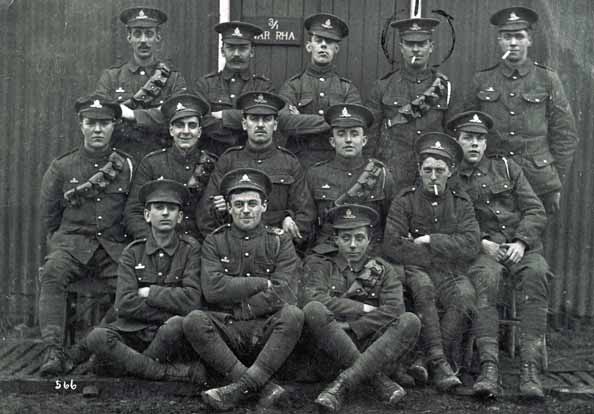 Thomas was killed at Passchendaele on 16th August 1917 at Wulverghem, on the Ypres Salient. His pal John King was killed in the same action. Thomas Worrall is buried at the tiny cemetery Track X, West-Vlaanderen, Belgium where others of his gun team are also laid to rest. 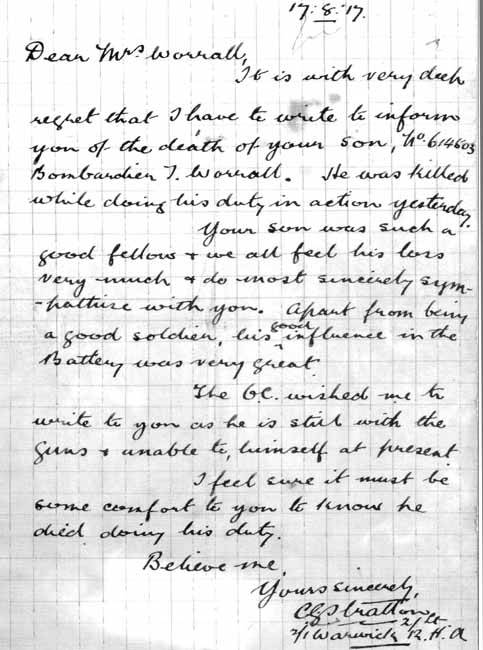 The three other Worrall brothers – William, Herbert and John – also served in the conflict and all fortunately survived.

[1] Letters shown to Alan Griffin when researching Thomas Worrall’s story for  his book Lest We Forget (2002).