Thomas was serving with 15th Royal Warwickshire Regiment when he was killed on 30th June 1918.

The Rockinghams were not a local family. Thomas’s father George came from Northamptonshire, and his wife Margaret from Adderbury, and the family lived in London where George was a police constable. Thomas was born and brought up in Shoreditch but when his father George retired he took a pub – The New Inn – in Bishops Itchington and the family, now grown up, moved with their parents to the Midlands.

Before WWI Thomas was a painter employed at the cement works of Greaves, Bull and Lakin.  He was already serving with the RWR, based at Luggersall, when, in 1916, he married Florence Flower. The couple were both in their early thirties.

The Leamington Courier carried news of his death stating that three of his brothers were also in the forces and that two of his brothers-in-law, the Flower brothers, had already died in action. The paper reported he was taking part in ‘Operation Overlord’ near the Nieppe Forest when twenty-six other ranks were killed and six more died of their wounds.

Private Rockingham is commemorated on the Ploegsteert Memorial in Belgium and also on the memorials in Southam. No members of the Rockingham family are left in Southam a hundred years on, despite the motor-bike shop being called Rockinghams. 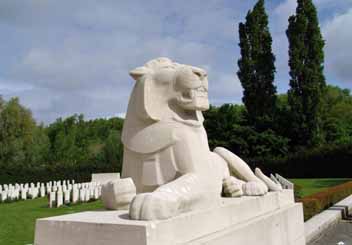