Herbert was born at 9, Harbury Works, Bishops Itchington in 1882, eldest son of Henry and Elisa Randall.  Henry was employed as a labourer in the lime works. Although Herbert is not commemorated on Southam’s War Memorial, there were family connections with the town for Henry Randall in 1911 became resident landlord of the Bowling Green Pub, Southam.

Herbert Randall joined the navy and signed on for twelve years in 1899 and his record shows that he served on about 30 ships. He was on submarine E 49, part of the flotilla attached to H.M.S. St Lucia when he lost his life on 12th March 1917.

Alan Griffin has summed up conditions on board as ‘Spartan in the extreme. The boats were squalid and smelly and stank of foul air. Only the Captain had a regular bunk and there were no washing facilities and the crudest of sanitary arrangements’. They had a maximum speed of 3 knots when submerged and a range of 99 miles and, until the introduction of wireless in 1916, they relied on pigeons, semaphore and lamps for communication. Herbert’s work was tough.

On March 10th 1917, E 49 was patrolling off the Shetland Isles in a heavy gale with snow storms. The vessel was badly injured by the storm so the Captain sought shelter in the Balta Sound where repairs were made to the wireless mast. On leaving the Sound they struck a mine laid by German submarine U76 and all hands were lost.

Leading Seaman Herbert Randall is commemorated on the Royal Navy Memorial in Portsmouth. Military records show that at the time of his death his wife, Fanny C. Randall,was living at 22, Malins Road, Landport, Portsmouth. 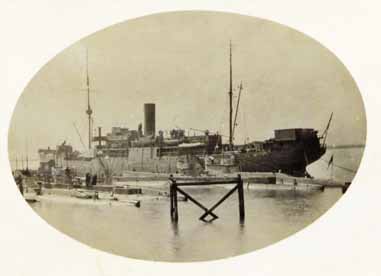 HMS Lucia with flotilla of submarines 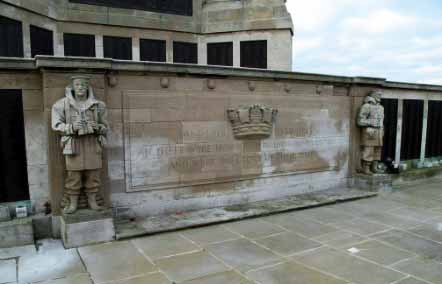