There are two Southam men named Ernest Pratt who are commemorated on the Thiepval Memorial.

Private Ernest Alfred Pratt was born in 1893 in Hognaston son of William and Elizabeth Pratt. In 1911 Ernest was a boarder with widower Mr Henry Cox and his daughter and he worked in the grocery trade at the Coop.

Ernest served with 1/14th Battalion of the London Scottish Regiment.  They were mobilized at the outbreak of war leaving for France on 15th September 1914.  Alan Griffin gives a detailed outline of the activity on July 1st 1916 north of Mametz near the village of Halloy: 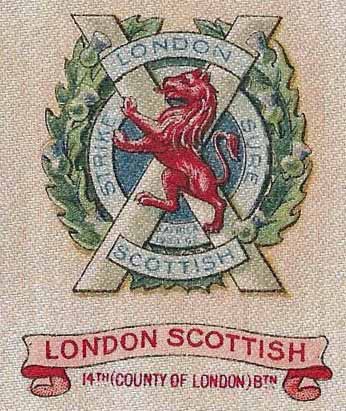 ‘The London Scottish had rehearsed their part in the action month previously. A ‘dummy’ layout of the position at Gommercourt had been marked out near the village of Halloy.  One of those who had taken part in the rehearsal was Ernest Pratt. The London Division went over the top at the appointed hour of 7.30am guided by the lines of tape placed out in no man’s land the previous evening under the cover of darkness. The men of the London Scottish moved forward with their four companies side by side. The smoke scene put up to protect the advance was much thicker than during the rehearsal and men became disorientated. A heavy artillery barrage was opened on the men as they crossed the neutral ground…they pressed on and managed to get into the German front line trenches. The fighting in the trenches was desperate with German bombing parties making sustained counter-attacks. By 4.00pm in the afternoon the Battalion was out of small arms and had used every bomb including those recovered from casualties lying out in no man’s land. Although they had succeeded in taking their objective, the position was untenable and there was no alternative other than an orderly withdrawal back to the British lines’.[1] 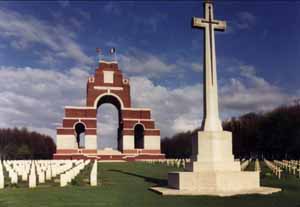 It was a complex action that ended in disaster. At the roll call of the 870 men who went into action 600 were not there to answer their names.

Ernest Pratt was one of the scores of the London Scottish whose bodies were never identified. He is commemorated on the Thiepval Memorial and on the Memorial in Southam churchyard.