William Pittom was the eldest son of Richard and Emma Pittom. The family lived in a tiny house in Appendix Street and William, like his father, and many of their neighbours, was a labourer at the cement works.

In the spring of 1914 William married Amenia Hobbins who worked as a domestic servant, daughter of Abraham and Louisa Hobbins. The couple were married in Solihull and Abraham, like his new son-in-law, was a labourer; he worked in the brick-making trade. William had moved away from Southam by the time when, later in 1914, he enlisted in the Royal Warwickshire Regiment.

At the time of his death Private Pittom was serving with 2nd/5th Battalion RWR involved in an intense battle of attrition. They were entrenched in the ‘Moated Grange’ sector near Neuve Chapelle where both sides staged regular trench raids at night aiming to inflict damage and take prisoners. At 9:00 pm on the night of 1st July there was intense bombardment by the Germans prior to such a raid. According to the War Diaries this obliterated most of the trenches along that section of the line and it is Alan Griffin’s judgement that it was probably this action that cost William Pittom his life. He died of his wounds on 2nd July 1916.

He is buried at Rue-Du Baquerot No 1 Military Cemetery, Laventie. He left behind a widow whose address was 2 Oak Cottages, Prince of Wales Lane, Yardley Wood, Birmingham but he is commemorated on the War Memorial in his home town of Southam. 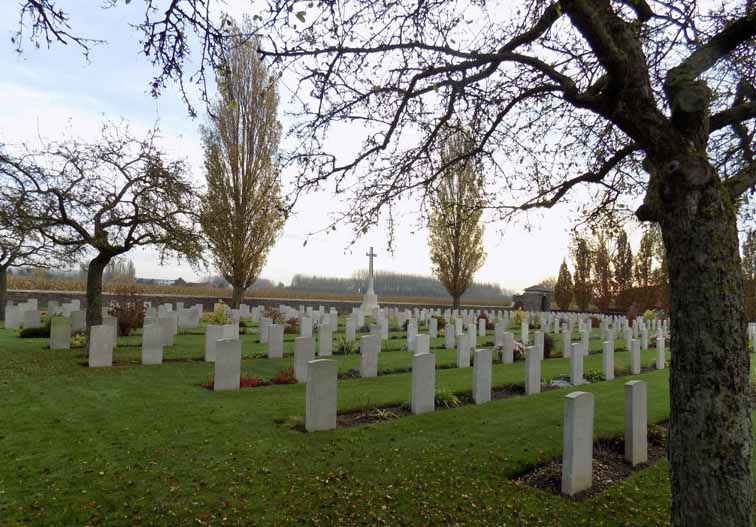