Horace was the son of Samuel and Amy Parkinson. The 1911 census shows Samuel as a bank accountant and previously in 1901 as a bank clerk (both in Rugby) so he seemed to be climbing the career ladder. Eventually sometime after 1916 he became manager at Lloyds Bank, Southam and lived in the Old Bank House, High Street for about a decade.

Samuel and his wife Amy spent most of their early married life in Rugby having moved from Coleshill, Samuel’s home town where they had lived with his parents. Horace the youngest of the family of three was born in Rugby and went to Lawrence Sherriff School. Like his older brother Samuel, he followed his father into banking.

Horace Parkinson (some records refer to him as Horace J. A. Parkinson) was serving as 2nd Lieutenant with 4th Leicesters (Territorials) leading his platoon in a large scale raid on German trenches at Leivin on 6th June 1917 when he was severely wounded. He was shipped back to England but died in First Eastern General Hospital, Cambridge on 1st July 1917. We can learn from his will that he left to his father the sum of £423.16.9d.

The family had strong associations with Southam where, in the early 1920s, Samuel Parkinson junior was the church organist. According to the Warwick and Warwickshire Advertiser he relinquished this post when he left Southam in 1925. Maybe at this time the family moved back to Rugby. The parents, Samuel (died 1932) and Amy (died 1940)  are, like their youngest son, buried and commemorated in Clifton Road Cemetery, Rugby close to their home 281 Clifton Road. 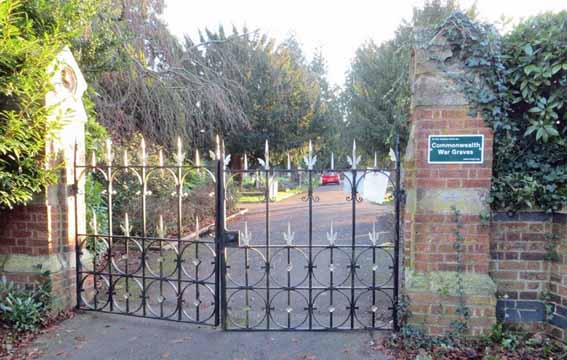