Southam in WW1
Honouring those who died and all who served 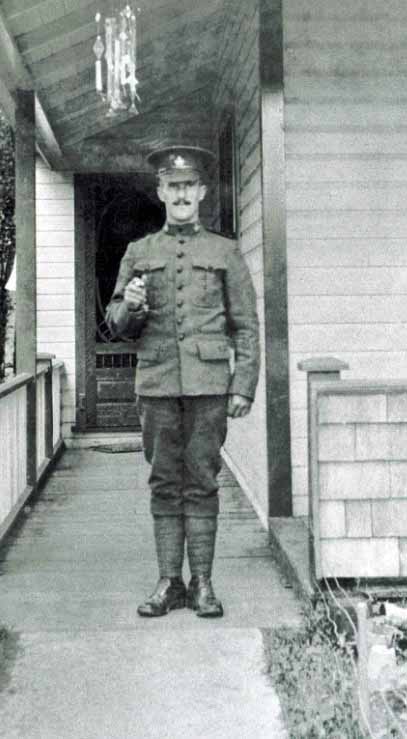 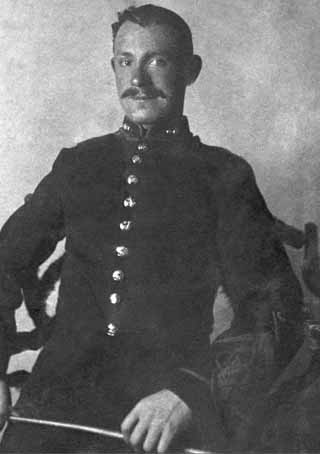 (born 1891) was one of the sons of Ernest Clinch Owen, tinsmith and plumber, and also landlord of the Dun Cow Inn in Daventry Street. Ernest junior was a child of his father’s first marriage to Dora Elizabeth. Dora came from Ledbury in Hertfordshire but the couple lived in Gravesend where young Ernest was born. Ernest senior worked as a plumber. Sadly in 1898 Dora died.  How Ernest senior came to Southam we don’t know but he met and married his second wife, Emma Louisa, who came from Stockton. Emma was ten years his junior and just twelve years older than her step-son.

There were five young half brothers and sisters, aged 4 – 10 years in the household when young Ernest decided to seek a new life abroad.  He sailed for Canada in 1912 sailing in March on the Dominion from Liverpool to Halifax and Portland. Once established, Ernest was employed in a large flour mill in Ontario. He enlisted at Kenora in 1915 in the 52nd (New Ontario) Battalion, Canadian Infantry.

In May 1916 when the Canadians were coming out of the front line after an eight day tour under constant heavy shelling, their  commander said in the unit war diaries ‘Men becoming in a critical condition owing to the prolonged periods under constant and heavy shell fire…relief very much needed, eight day tours under these conditions very much too trying, six days will be ample.’

They marched to Poperinghe for the men to have a bath but later came the news that two mines had exploded and trenches close to Sanctuary Wood had been captured. Just before midnight the Company Commanders were briefed and given orders for a counterattack by the Battalion at dawn on June 3rd.

It was a disastrous action for the Canadians.  Poor communication and poor intelligence caused the men to be caught in open daylight . The war diary records that the terrain was unknown to both the officers and the men. There was intense artillery barrage and no order came to attack. Many men spent the day of June 3rd in the open trying to shelter in shell holes with no orders and little idea what was going on. Many Company Officers were killed and the Battalion Colonel was reported ‘disappeared’ believed to be blown to pieces by a high explosive shell.

In the course of this action on June 3rd Ernest Clinch Owen lost his life.  He is commemorated on the Menin Gate in Ypres and on the War Memorial in Southam. As a member of the Canadian Armed services, he is commemorated on the virtual memorial www.veterans.gc.ca established by the Canadian Government. In addition to his name and date of death there is the following quotation:

“We are the Dead. Short days ago We lived, felt dawn, saw sunset glow, Loved and were loved, and now we lie in Flanders Fields.”  John McCrae