Searching for the records of this young soldier, whose body was never found or identified on the battlefield, is not made easy because his military details refer to him as Joseph, rather than Ernest, which his family seemed to call him.

Ernest was born in Bishops Itchington in 1897, son of Henry Hollis from Harbury and his wife Lydia, from nearby Bascote Heath.  Henry worked in the quarries and the family eventually settled in Southam, on Leamington Road.

He attested in August 1916 and was serving with the 3rd Worcestershires when he was invalided back to Britain in 1917 suffering from severe trench foot. According to the Leamington Courier which later briefly sketched in his military movements, Private Hollis then ‘proceeded to Ireland’.[1] This was perhaps for regimental retraining or medical examination after his rehabilitation. He returned to France and it was during action at Louveral that he was reported missing on 22nd March 1918 during the big German ‘push’ of the Spring of that year. It was some two months later when the Leamington Courier reported him missing. This was one of those desperately sad cases when a family was awaiting news, put information about their son in the local paper, but the twenty-year-old soldier was already dead.

Private J. Hollis is commemorated on the Arras Memorial. His name is one of 35,000 others from UK, South Africa and New Zealand who, in the Arras sector, was killed during the period Spring 1916 – August 1918 but whose body was never identified.

Private Hollis is commemorated in Southam on the War Memorial as E. J. Hollis.

Below are the Victory Medal and British War Medal presented to Ernest Hollis’s relatives after the War. These were found in the attic of 14 Market Hill (a Barber’s Shop run by Billy Stephens and later his daughter Maud Stephens) when it was sold to Barrie Bond following Maud’s death. It is not known why they would be in the possession of Maud Stephens. They were donated to the Southam Heritage Collection by Barrie Bond. 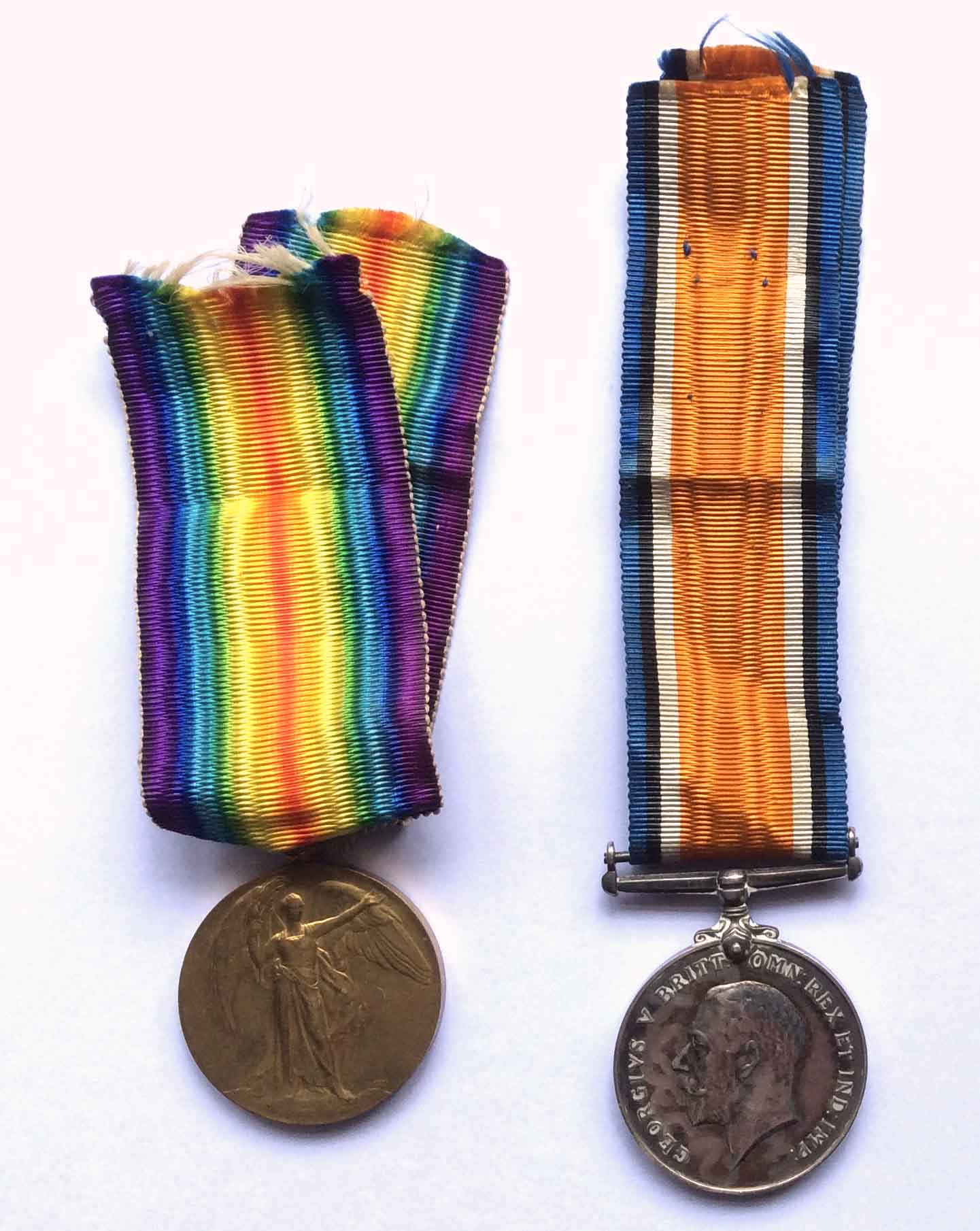 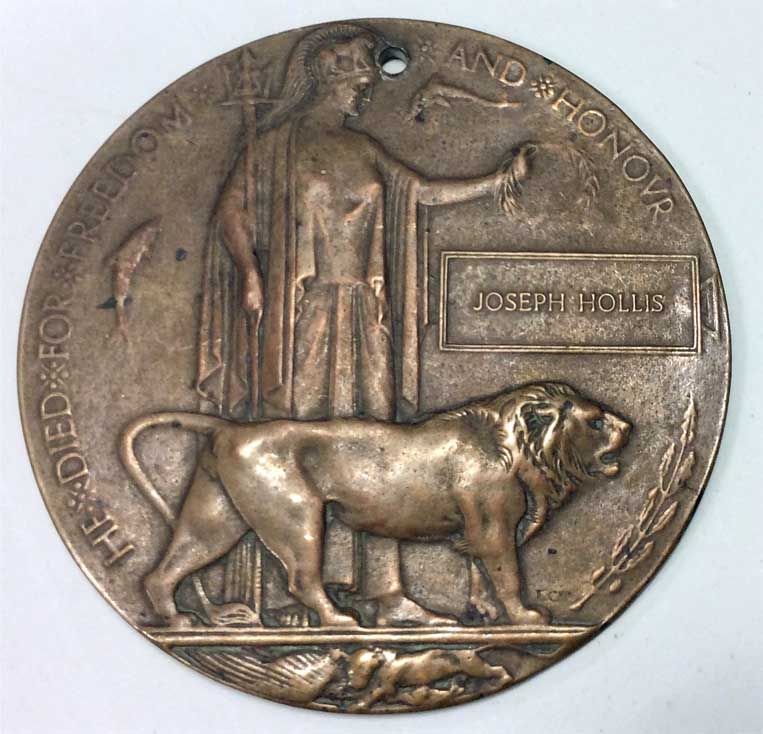