William was born in 1888 in Southam eldest son of labourer William James Hancocks and his wife Eliza Selina. William was married in 1915 to Rose Ellen Hart, born 1891 daughter of an agricultural labourer and the couple lived in Long Itchington. 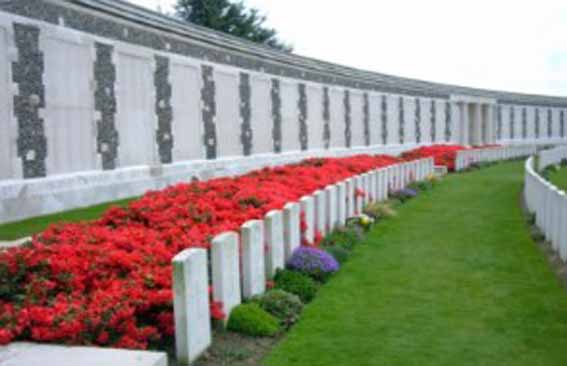 William was serving with the 1st Battalion Coldstream Guards, when he was killed on 1st September 1917.  According to a Rugby Advertiser report (6th October1917) he left a ‘wife and little ones’ and that he was killed whilst lying in a trench. His fellow soldiers had reported that he was ‘buried close to where he fell’. Battlefield burials and crosses were rearranged after the conflict and according to CWGC he is buried in the Tyne Cot Memorial. He is commemorated along with nearly 35,000 others whose bodies were not identified.

William’s brother Jesse had been killed earlier in the same year serving with the RWR  in Mesopotamia and their mother was so worried having lost two sons  that she contacted the War Office and asked for the release of eighteen-year-old Frederick, her youngest son.

This was granted under the condition that Frederick found his own way home. According to Alan Griffin’s ‘Lest We Forget’ this took him several weeks, walking 150 miles across the Arabian Desert following the camel routes to Port Said, where he managed to hitch a lift on a steamer going to Limerick in Ireland.