William Gould was killed by shell fire on Sunday 12th November 1916, whilst serving with 2nd Battalion, the Rifle Brigade. William was one of more than a dozen Southam men who died on the Somme.  Just a few days after his death, the battle came to an inconclusive close.  His brother-in-law, Henry Glenn died on the Somme in late December after the main action had finished. It was a very tragic period in the life of this Southam family- two deaths in two months.

Born in 1893, William Gould was originally from Hognaston in Derbyshire.  Before the war he worked for Southam Cooperative Society and as a single man he was a lodger with Henry and Sarah Cleaver of Long Itchington before he married the daughter of the Southam whitesmith Henry Glenn (senior).

On 31st October 1916, when his Battalion marched to the Citadel Camp, conditions were bad. The War Diary states:

‘the condition of the cross-country trenches were beyond description the mud being knee deep’.

Diaries from 1st November tell of an inspection by the Duke of Connaught the Field Marshall and other high- ranking officers. Sunday 5th November consisted of church parade, working parties and baths, and an extra draft of 180 men joined. After more inspections and endless working parties they eventually went up the line to relieve the 2nd Northants and suffered casualties as they did so. 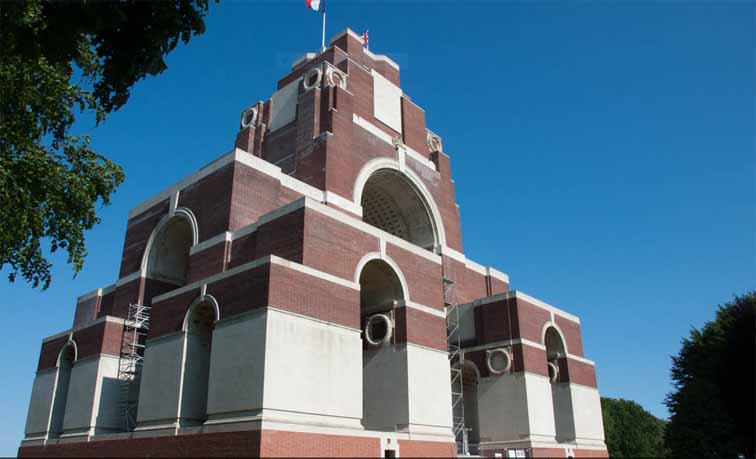 Gas shells during the night of 11th /12th November killed six and wounded nine and by the time they were relieved on 12th November, another ten were wounded and eight killed. William Gould was one of these casualties and his body was never identified.

He is commemorated on the Thiepval Memorial along with over 70,000 others who were lost in the battle of the Somme.