Ernest Edward was born in 1885 the only son of Edward Davenport a coal merchant and farmer and his wife Elizabeth. Married aged 41 years old, Elizabeth was seventeen years older than her husband, a mature mother who in her forties gave birth to three children, one of whom died.

Serving with the Royal Welsh in the line near Armentieres, Ernest was part of a wiring party which, under the cover of night, was attempting to strengthen the barbed wire in front of their lines. The War Diaries show that the enemy fired three short salvos on the trenches. The third hit at 9.30 pm on April 29th 1915 just as the wiring party were out in no man’s land.

Ernest was killed and is buried at Bois Grenier Communal Cemetery, one of three cemeteries in the village. He is also commemorated in Southam church yard (plot 235/A).

Pictured below is the Communal Cemetery at Bois Grenier and a picture of wiring in the area of Armentieres. 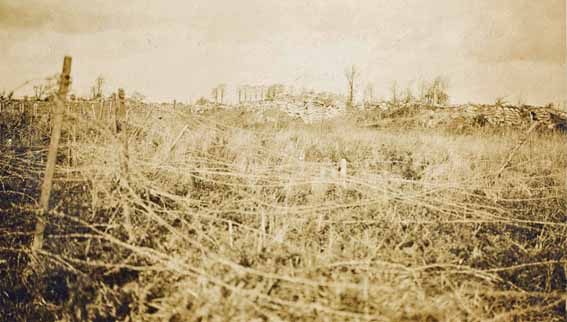 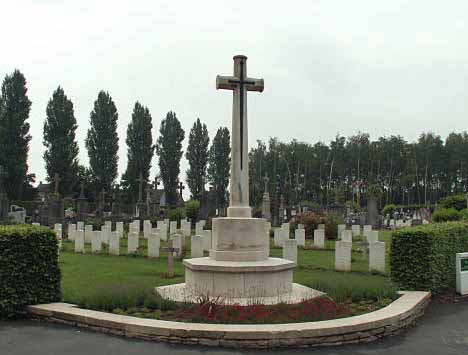