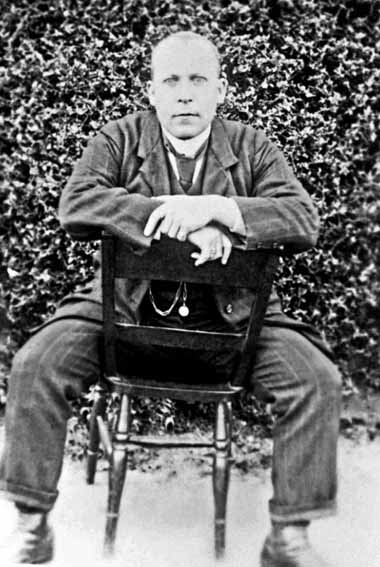 William Collier, known locally as Tom, lived in Warwick Road Southam but was a Rugby man by birth (1879). His childhood home was in Newbold-on-Avon in Rugby and it was a relatively affluent household for his father was a railway inspector.  In Southam Tom Collier was well known having been for many years Relieving Officer (administering relief to the poor) and Registrar of Births and Deaths for Southam Rural District. This was an official appointment by the Board of Guardians.

William’s first wife Mabel Rhoda Collier came from Kent. They had a son called Frank.  Mabel, five years older than her husband, died in 1911 at the age of 37 years when the child was only five years old.  William married again the following year. His bride was Gladys Marslem daughter of a Warwick book seller. Compared to many of the soldiers whose lives are described in this Archive, they led a comfortable life keeping a live-in servant.

William joined the 16th Royal Warwicks in Autumn 1916.  He saw action when the 16th attacked the German stronghold at Polderhoek Chateau. At 5.14 am on the morning of 9th October the attack began and conditions were dire; the trenches were six inches deep in water for it had been continuous rain for days. In less than a week the Battalion lost over half its men (13 officers and 291 other ranks) in what became known as the Battle of Poelcapelle. Amongst the dead was thirty-seven years old Private William Collier. He is buried at the Hooge Crater Cemetery.

William was survived by his second wife Gladys and her step son Frank by then just eleven years old.