William Harry Brain, son of William and Amelia Brain, was born in 1887.  He was christened in Southam and attended the Congregational Church. The family lived in Abbey Row and from a lad Harry worked as a farm labourer. He married before the war and the couple had a young family when war was declared. 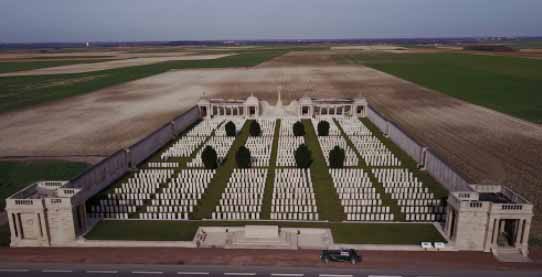 Harry enlisted early in the conflict and served as Sergeant in the 1st Royal Welsh Fusiliers. He was one of 442 casualties from his Battalion killed on 25th September 1915 in what has become known as the Great Battle of Loos.  The attack as launched, according to the war diaries, between 5.00 and 6.00 am ‘after an intense bombardment and gas attack’. The Battalion was ordered to move forward in support of 2nd Royal Warwicks who tragically had been caught up in the barbed wire, which in many places was still uncut. 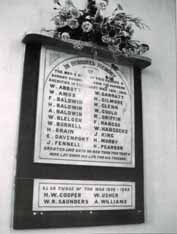 Sergeant Brain’s remains were never found but his name is commemorated on the Loos Memorial. This memorial consists of the panels, on the side and back walls of this cemetery inscribed with the names of those whose bodies were not found.

His name is also on the memorial at Southam Parish Church and one of twenty names on the Congregational Church memorial tablet.