Harry Baldwin, born 1890, was the son of George and Ellen Baldwin of Coventry Street Southam. Three of their sons were killed in the conflict.

Driver Harry Baldwin was the third Southam man from his battery to be killed within a few weeks and one of twelve in that year. He was mortally wounded when the 2/1st (Warwick) Royal Horse Artillery came under artillery fire at Duhallow on Monday 15th October 1917. Severely injured he was taken to a nearby Advanced Dressing Station but he died of his wounds.  He is buried in the Duhallow A.D.S. Cemetery near Leper, in Belgium.

When he enlisted Harry was a married man who gave his address as Warwick Street. It appears that he was only nineteen when he married a young girl from Long Itchington.  He left a widow aged just twenty-five years old with children Muriel (8) and Denis (7). According to the Duhallow CWGC records his wife remarried and as Mrs Stone, she continued to live in Warwick Street. 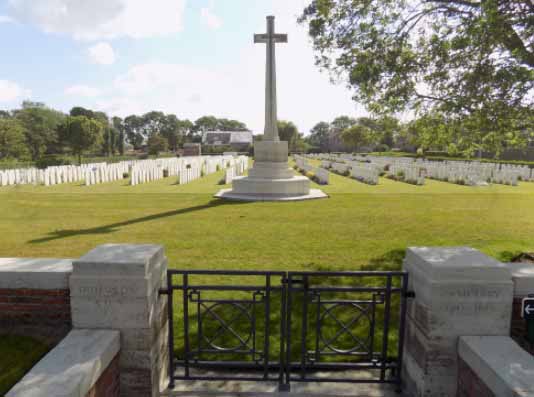