Frederick, born in 1891, was the tenth child of William Baldwin a labourer in the lime works and his wife Elizabeth. The family lived in Leamington Road, Southam.

As a young man Fred worked on the railways as a labourer in Rugby, lodging in Winfield Road with his sister Mary and her husband. Later, he moved to London and with his wife Ethel, lived at 243 West End Lane, West Hampstead. 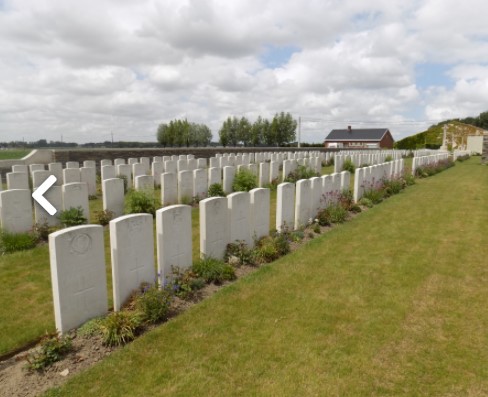 From the outbreak of the war Fred served as a gunner with the RFA (1136). He saw action in many of the major engagements in the Ypres Salient and was both wounded and gassed.

Late in the year in 1917 he was in action with the 157 Brigade RFA, well behind the lines at Lapin Farm, but was under daily fire from Germany artillery. The War Diary shows there was huge amount of activity ‘very full of incident’ although the ‘spirit and cheerfulness of all ranks has been excellent’ despite casualties most days.

He was killed at Lapin Farm on December 17th 1917.  He is buried at the Solferino Cemetery in Leper, Belgium.